Vertical Farming Systems. Modular Farming. What may sound to some as agriculture meant for space exploration, we’ll discuss why more and more restaurants, farms, and families across the globe are taking a closer look at indoor shipping container farms, to help scale grows in urban and extreme climate settings, while combating against traditional farming pitfalls such as pesticides, bad weather, transportation, and various other negative externalities.

Over the last two centuries, the United States of America has been transformed from a predominantly rural, agricultural nation into an urban one. Currently, over four-fifths of the U.S. population resides in urban areas. And yet, the urban population relies on food transported from farms hundreds, even thousands of miles away. And that includes everyone from sprawling suburban Detroit through to high-rise Brooklyn NY, but also a number of areas which simply don’t have any grocery facilities at all, so-called “food deserts”

At the same time, cities are getting bigger and more affluent and the demand for fresh healthy food is growing. As the food chain becomes more precarious sudden shocks shine a light on just how sensitive we are- the incredible multi-state breakout of E Coli via Romaine lettuce in 2018 is still being investigated.

Changing the Path to the Plate

There’s a lot of attention on the food distribution system but it seems a solution is now available thanks to improving technology. Indoor farming isn’t exactly a new idea. Greenhouses have been around for hundreds of years. Similarly, neither is hydroponics, growing food without soil by feeding roots nutrients directly, which was developed in California in the 1930s and refined over the decades, not least by NASA’s examination of hydroponics as a way of growing food in space.

Over recent years these established technologies have come together in vertical farming and most especially in retrofitted shipping containers, turned into indoor farms. These give a second life to the standard 20 and 40ft steel container used to shipping goods across the world on large ships. To get these prepared for growing food, the interiors are cleaned, sanitized, and fitted out with a complete indoor farm.

Light, temperature, humidity and nutrients can be tightly controlled so most vertical farms use 95% less water than normal farms and with 24/7 lighting and a regulated environment, many crops can have multiple harvests a year. Most vertical farms don’t even need soil because they use aeroponics or hydroponic systems – these dispense nutrients needed for plants to grow via mist or water. Because the system is closed with no “dirt” to grow in, there is no need for pesticides or herbicides. The result is much cleaner produce and significantly higher yields.

Many acknowledge that food grown from hydroponics simply lack the richness in taste you get from produce grown in soil grown. That’s why many ag companies (including our own), have developed proprietary soil systems that are pesticide and animal byproduct free, to address the contamination aspects from soil, while providing the same taste benefits from produce grown in soil. 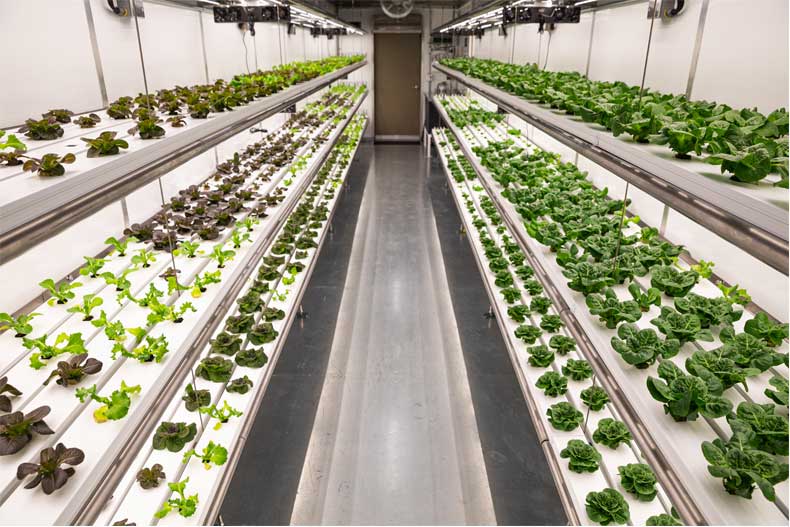 In theory, a container farm can be set up anywhere with 40ft of land (smaller than a parking lot) and access to water and electricity. Because these can be set even in an urban environment, the distance from producer to plate is dramatically shorter- literally a few blocks. This obviously means no loss in transportation but also consumers can be aware of exactly where their food comes from. Produce picked in the morning could easily be available to eat within minutes. Restaurants and grocers can now provide their customers with complete traceability of their produce.

Modern shipping container farms manufactures have invested heavily into their technology. Packages typically include a smartphone app allowing growers to monitor the temperature, humidity, CO2 and nutrient flow levels remotely, and to view the inside of the container by connecting to a built-in monitoring camera. These Smart monitoring tools and software also help to maintain optimal growth conditions inside the container, 365 days a year.

Typically container farms are optimized to grow leafy greens like herbs (mint, basil, oregano), lettuce (bibb, romaine, arugula), brassicas (cabbage, mustard greens, Brussels sprouts, kale). They can even be optimized for fruit like strawberries. The economics can be dependent on the target customer groups. This locally grown model, has now been adapted to the share economy model, where we have start-ups like Square Roots Grow, backed by Kimbal Musk, the brother of Elon Musk, that have started a farm in Brooklyn where growers rent space to grow for themselves or supply to restaurants and high-end food production.

Ford Motors has donated a container farm to a Cass Community Social Services in Detroit which aims to grow fresh food to supply a local urban food desert.

Similarly, Maryville University in Missouri started their own farm to grow greens for consumption on campus but also educate students about farming and sustainable technologies.

In downtown Sydney, Australia a city farm has been developed to not only proved local people with high-quality greens shielded from drought but also potentially supply Asian markets.

What these all have in common is a clear target customer group and a very fine understanding of the economics behind the business, whether that be high energy costs in Australia or the funding model for food deserts in the USA. All of these are now or will be viable businesses working in wholly urban environments. It’s clear that container farming offers a revolution in the way we grow produce. Part of that seismic change is to bring the farm right into the city. No matter where you live it’s possible that one day a farm could be closer than your supermarket. 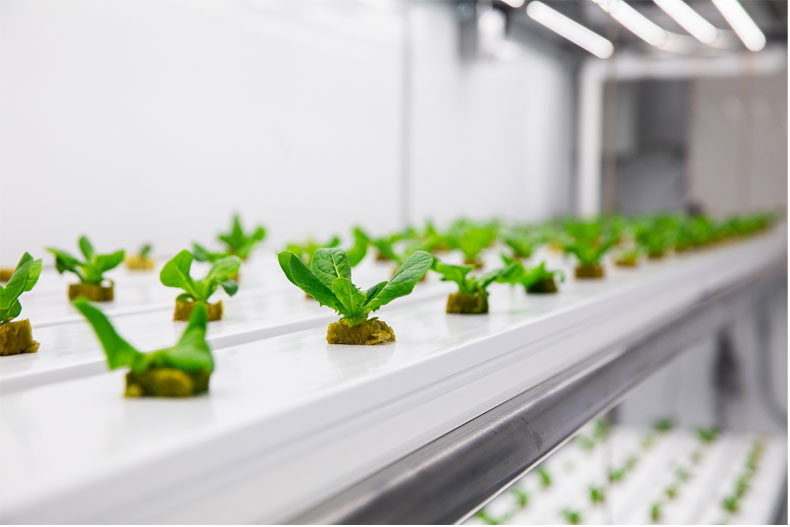 About the Author
Grow Pod Solutions founder Shannon Illingworth got interested in urban farming when he was infected with E. coli after eating at a restaurant. Not knowing where the food came from, he decided to create a system where the origin of food can be traced with an app on your phone.

Shannon and his team now produces state of the art, custom container farms for farmers, growers, restaurants, hotels, casinos, and entrepreneurs & investors throughout North America based out of Colton, CA.