Most people spent some time at school studying different languages, and some even benefited from those classes, and became relatively fluent as a result of them. Then, of course, some people became multilingual at an early age, as a result of a move to a different country, the parenting approach of their mom and dad, and so on.

For many other people, however, learning new languages has never really been the kind of thing which has come easily. Classes at school were pretty boring and ineffective, and – in the case of English speakers in particular – the need has sometimes not been there to actually invest the time and energy into learning a new language. 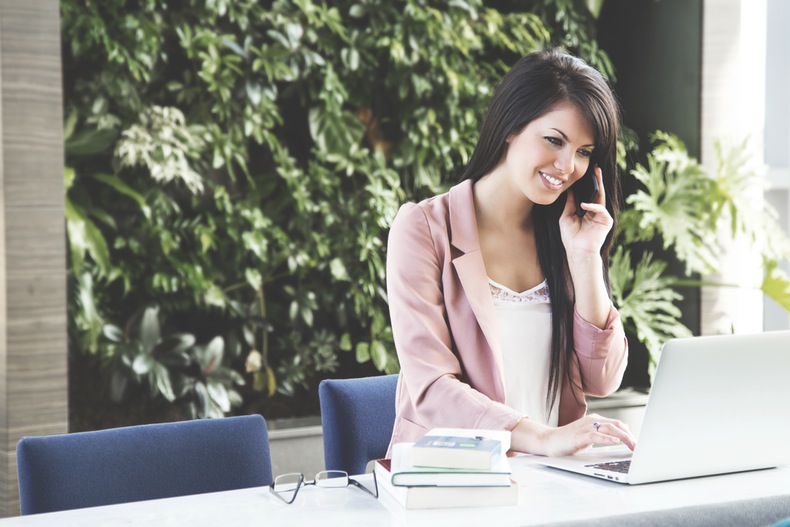 For anyone who does feel compelled to learn a new language, there are now a wealth of different tools and services available, that can be used for this purpose.

Duolingo is a popular mobile and web-based application that allows people to study in a fun, and condensed fashion. Rosetta Stone is a more comprehensive service that strives to make the art of learning a language more “natural.” There are plenty of other such services available, too. You can even use a video translation service to make foreign films and TV shows understandable to you.

But why should you learn a new language? Well, there are various good reasons, ranging from general self-development, to a broader cultural perspective. One of the most compelling reasons these days, however, is actually to do with the fact that being multilingual may seriously benefit you in your professional life – as an employee, and also as an entrepreneur.

Skeptical? Well, here are some reasons why learning languages may do a world of good for your career.

It’s hard to miss the fact that businesses are more globally connected these days than they have ever been before. Many companies operate across the world, even at a mid-size level, and it naturally follows that these companies benefit from having team members who are able to make themselves understood effectively in different locations.

At a senior level, when the competition for promotion is fierce, employers look for any small factor that can be seen as a broad advantage in making their decisions on who to advance.

Something similar also happens in the entrepreneurial sphere. Every good entrepreneur needs to be able to differentiate themselves effectively from the competition. You need to have your USPs clearly identified, so that prospective clients and customers will – when weighing you up against your competitors – think “hmm, well, this candidate has a few more useful skills.”

As an entrepreneur, you may well work remotely through the Internet, and have clients around the world. If you are based in the United States, and are also plying your services internationally, speaking multiple languages can open whole new markets to you, and can ensure that you are a more impressive prospect in those regions in which you already operate.

In this sense, speaking multiple languages helps to open many doors, and can increase your general value as the brand.

Learning a language helps to develop your discipline, and makes you a better learner in general

Building your own business – never mind making it successful – requires plenty of hard work, focus, and discipline. It can be hard on your general sense of well-being, and on your personal life.

That being the case, anything that can help to improve your discipline and focus, make you more effective in your job, and also improve your quality of life as a whole, is a major advantage.

Learning a new language helps you to develop your discipline, and makes your life better in general. This, in turn, will positively influence your business in various ways.

Evidence has been found that children who grow up speaking multiple languages, have a higher capacity for language learning – and in fact, for learning new things in general – than children who do not.

It is also the case that when you speak multiple languages, your cultural horizons broaden significantly. Suddenly, you’re a more “interesting person” and are able to enjoy foreign art forms in a much deeper and richer manner.

Clearly, this combination is almost a blessing when it comes to your life as an entrepreneur.

Speaking multiple languages is always a benefit, never a drawback

Sometimes, people are “overqualified” for a given position. In many cases, recent university graduates with impressive degrees, find that when they seek to apply to entry-level positions they are turned down on the basis that they are “overqualified” — much to their frustration.

The reasoning behind this is fairly easy to understand. If you have a skill set that exceeds that of the role you are applying to, your would-be employers automatically understand that you have a lot more bargaining power than the average person, and that you may seek to leave that position at any given moment.

This is less of a problem for entrepreneurs, of course.

As for languages, however, there is no point at which speaking multiple languages is ever a “minus”, either in an entrepreneurial context, or in a traditional employee context.

Speaking multiple languages is always a “plus” in your dealings with others, and never a hindrance. If you speak with a prospective client who is fluent in your native tongue, but who originally grew up speaking another language, and then discovers that you also know that language – they are likely to warm to you even more.

Generally speaking, in business, everything comes with trade-offs. Adopting a certain technology is likely to have pros and cons. It’s rare to find something that you can invest in, which yields only reward.

Language is one of those things that yield only reward. This, alone, makes it worth your time to study multiple languages.