A personal injury is a legal term that indicates psychological, emotional, or physical pain caused due to someone’s negligence, mal intentions, or choices. Being involved in an accident is undesirable, and you may end up with a serious ailment. That’s why the law protects personal injury victims. You can file a non-criminal claim to initiate a sequence of events to get proper compensation. One of the important things to consider while pursuing any legal lawsuit is to consult an attorney that specializes in your case.

That being said, you should be aware of the types of claims to know who to talk to when an accident takes place. 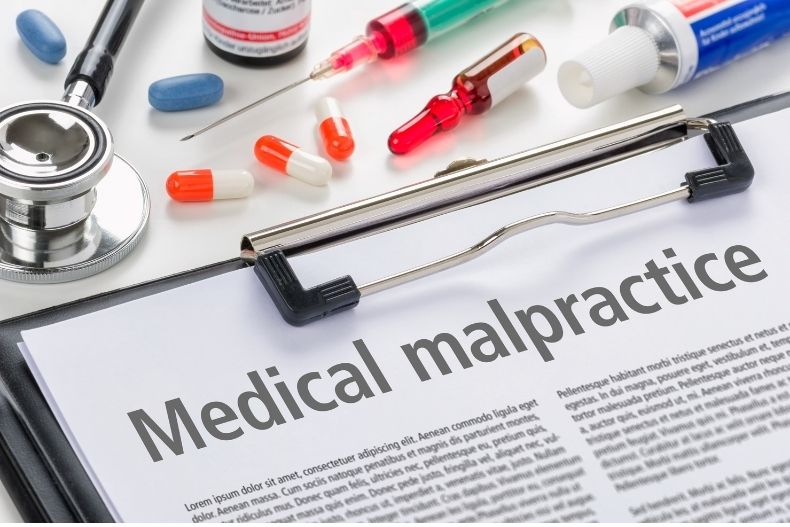 Doctors, nurses, and people working in the medical field should serve their duty to the fullest. Their negligence or slacking may cause serious injuries. People die and suffer from medical complications, however, the reason should never be the lack of care or knowledge. You can file a medical malpractice lawsuit against the staff if you fall victim to misdiagnosis, errors, wrong medications, or unnecessary surgeries. A pharmacy can be responsible as well if the pharmacist gives you improper prescriptions that worsen your condition.

The epitome of this century is violence. Physical assaults are increasing dramatically these days. People are, more often than not, resorting to violence to solve their problems. They may not mean to kill, but the violent intent exists. The victim may suffer from trauma, paralysis, hemorrhage, or brain injuries. They may even die if the wound is in a critical area. You can sue the defendant even if they will be prosecuted.

Unfortunately, sometimes the assailant doesn’t have enough money or assets to compensate you. You will have to settle for much less than you deserve. However, an experienced Sacramento personal injury lawyer can help you file a lawsuit against premises that didn’t provide enough security for example. A claim against a shop that sold the gun may hold its grounds as well.

Another incident that falls under physical assault is injury brought on by an animal, such as dog bites. A pet owner may fail at disciplining their animal or forget to put them on a leash or retained to avoid risk. The owner may try to dismiss the case by proving that it is the first aggressive incident. However, some states don’t care about the previous history, the current incident is enough for them to request compensation.

One of the primary causes of death and injury are road accidents. The recklessness of the drivers is putting everyone at risk. Despite the existence of strict laws, people break them if they want to arrive earlier than usual or respond to a text. The injuries induced by vehicles are serious as they can lead to broken bones, bleeding, or disfigurement.

The tricky part is to prove that the other party is the one responsible for your injuries. Sometimes the accident is so all over the place that no one can identify who is at fault. Luckily, you can get compensated by your insurance company if the personal injury claim fails. However, if the accident was caused by a poorly maintained construction site, you can go after the company that neglected to take the necessary safety precautions.

In the worst cases, accidents may lead to death. You cannot file a lawsuit after leaving the world. However, your friends or family can pursue a lawsuit on your behalf. Most wrongful deaths result from medical practice, road accidents, or airplane crashes. To be able to sue the person responsible for this tragedy, the plaintiffs must present the law with proof of negligence or poor choices for example.

It may be hard to go through with a lawsuit after a loved one departs. However, Chicago-based attorneys at Curcio Law Offices, recommend going after the defendant aggressively because the loss of life shouldn’t be taken lightly. Moreover, the guilty party may change its course of action after being aware of the consequences of neglect and malpractices.

Accident at the Workplace

Accidents at the workplace happen often, especially if the nature of the job makes it dangerous. A personal injury lawsuit may not always work in that case. However, you can institute a claim under the Worker’s Compensation Act which forces the employer to compensate the injured employee. The law is variable when it comes to compensating the workers. That’s why you should check in with a lawyer to know the set of rules enforced in your state. Either way, the business owner must offer you a sum of money, free medical treatment, and a paid vacation until you can get back to work. Any reputable company must follow through to prove that it is capable of taking care of its workers.

A person’s claim shouldn’t be dismissed just because the accident happened during a recreational activity. For instance, if you are injured while water skiing or surfing, the law will defend your rights. Despite the difficulty of pursuing these claims, they sometimes come through. Your lawyer should investigate and identify whether the accident occurred because of defective equipment, or if you were the one at fault. Other factors can contribute as well, such as neglecting to explain the safety measures.

Sometimes you buy a product that either doesn’t work the way you expected or endangers you somehow. For instance, if a pharmacy sells you medications that are expired or no longer approved by the FDA, you can sue the pharmacist for huge amounts of money. A machine or instrument that has a defective mechanism that may harm you falls under this category as well. You may not know that your suffering is being caused by harmful goods. That’s why you should test your newest purchase if you suspect that it has something to do with your symptoms.

The bottom line is, you cannot pursue a claim if you don’t have enough knowledge of the types of personal injuries. You should always be prepared because after an incident you won’t have the right state of mind to do your research. Unfortunately, these claims are sometimes hard to pursue. That’s why a highly professional attorney is needed to defend you and deal with the other party on your behalf. You should be honest and transparent with the lawyer to get the compensation you deserve.