Hong Kong has long occupied a special place in the cultural and economic tapestry of southeast Asia. For a variety of reasons, this Chinese city-state is one of the region’s most attractive targets for international investors. Even as the broader Chinese economy grows and diversifies, Hong Kong continues to stand out.

If you wish to avail yourself of Hong Kong’s considerable opportunities for investment and business activity, you’ll need to learn about the local laws, customs, and idiosyncrasies that may help or hinder your time here. These 11 are among the most salient. 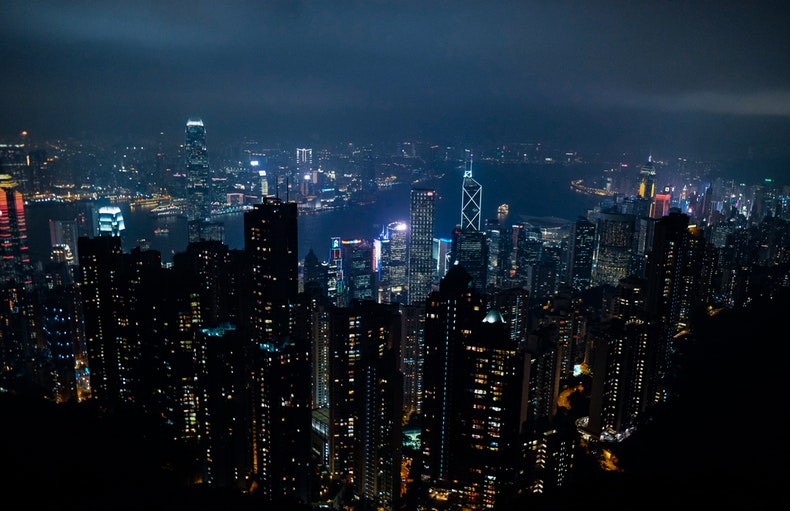 Many outsiders conceive of Hong Kong as a unified, unbroken city. This is not the case. Much of Hong Kong is sparsely settled or wholly undeveloped, with several ranges of mountains and hills not suitable for intense building.

These topographic barriers separate a host of urbanized settlements, the largest agglomeration of which comprises the districts of Kowloon along Hong Kong’s primary harbor. If you plan to do business in Hong Kong, the likelihood is high that you’ll spend much or all of your working hours in Kowloon, but you may find yourself living in an outlying part of the city-state. The excellent Mass Transit Railway system connects most of Hong Kong’s major districts with the central core.

2. Hong Kong Is No Longer Part of the British Empire

For more than 150 years, Hong Kong was one of the jewels in the British Empire’s sprawling crown. That came to an end in 1997, when the United Kingdom transferred sovereign control of Hong Kong to the People’s Republic of China. Today, Hong Kong is a special administrative region (SAR) of the PRC; though the local government enjoys a considerable degree of autonomy from mainland authorities, political connections strengthen further every year.

3. Hong Kong Does Not Use the Chinese Renminbi

Though Hong Kong is firmly under the control of the People’s Republic of China, the SAR does not use the Chinese renminbi. The local currency remains the Hong Kong dollar, which perennially counts among the 15 most widely exchanged currencies on the planet. Outside investors seeking more information about currency issues in Hong Kong and the wider Asia-Pacific region would do well to consult with local banks such as the Bank of China (Hong Kong) and local business services firms such as trust and corporate services provider Asiaciti Trust, which does business in Hong Kong, Singapore, and other locals within the Asia-Pacific region.

In Hong Kong, the importance of proper business etiquette is difficult to overstate. When meeting others in a business setting for the first time, take care to introduce yourself in the proper order — beginning with the most senior person there, and working your way down the pecking order. This necessitates advance research to ensure you can put names and titles to the correct faces.

5. The Local System of Address Is More Formal Than the Western

Another important aspect of business etiquette in Hong Kong is the system of personal address. With rare exceptions, and until instructed otherwise, you will need to use your contacts’ formal prefix — Mr, Ms — and last name. Many Hong Kong natives use Anglicized first names when doing business with Westerners, but you should always allow your contact to introduce him- or herself as he or she pleases.

6. Dress Is Formal, As Well

Located as it is on the edge of the tropics, Hong Kong is known for oppressive summer weather. Unfortunately, its business dress code is every bit as formal as that in more temperate Western capitals like London and New York. Plan to take meetings in conservative attire, complete with a blazer.

In Hong Kong, the color one chooses for his or her clothing and accessories matters a great deal. White, for instance, is traditionally associated with mourning. Red, on the other hand, may be considered a sign of good fortune. If you wish to avoid sending inadvertent signals, a neutral palette is best — though a tasteful display of red, perhaps on a handbag or bracelet, might not hurt.

8. Bilingual Business Cards Are Critical, But English Is the Lingua Franca

Hong Kong’s British heritage persists in the widespread use of English in business settings. Virtually every native-born businessperson is fluent in English; those who’ve moved here from non-English-speaking regions, including mainland China, generally pick up passable English as well. This is obviously a boon for English-speaking outsiders who wish to do business in Hong Kong; whatever cultural and legal barriers exist, language is not one of them.

That said, Hong Kong’s Cantonese culture far pre-dates any British influences. One relatively simple way for outsiders to communicate their respect for Hong Kong’s past and future is to use bilingual business cards: one side printed with English, the other with Chinese characters.

This practice is not necessarily unique to Hong Kong, though the timing of local holidays varies somewhat. The Lunar New Year is absolutely critical to avoid; so are Christmas and Easter.

10. Office Space Is Quite Dear

Hong Kong’s urban agglomerations are among the world’s densest. Unsurprisingly, office space is quite dear here. If you simply wish to establish a foothold in the SAR, a temporary coworking arrangement may help preserve capital.

11. Housing Is Dear As Well — At Least, in the Central City

If you’re willing to spend 45 to 60 minutes commuting each way, you’ll find housing far more affordable here. Remember, the local transit system is quite good — you won’t need a private car, no matter where you live.

This is just a small sampling of what you’ll need to know to do business in Hong Kong. If you plan to make a concerted push to enter the Hong Kong market or work with partners based in Hong Kong, you’ll need to learn far more about the SAR’s laws, customs, economy, and culture.

For outsiders who conduct thorough due diligence and take time to learn the ins and outs of investing in Hong Kong, doing business in this unique city-state can be immensely rewarding. For outsiders who fail to properly prepare, the experience can be quite humbling indeed.