I know there are a lot of materials about IPO information at your disposal. I even learned a lot by studying from the basics of what it is to become a publicly listed company from sources like Google, YouTube, Wikipedia and Investopedia to begin with. From an amateur’s point of view, these seemingly heavy economic jargons can leave you scared and confused. The stock market is the center of vast trading industry that can overwhelm anyone who has little or no exposure to such.
Maybe one of my slight shames in life is probably not knowing about the stock market earlier because as intriguing as it may seem, to be an active participant in the business world, you have got to know about it.

HOW IT CONNECTS TO ENTREPRENEURS?

For all business owners, IPO is the first thing that comes to mind in terms of expansion. Every company has the vision of growing right? And so, they likely entertain the thought of selling some of their shares in return for capital. Basically, 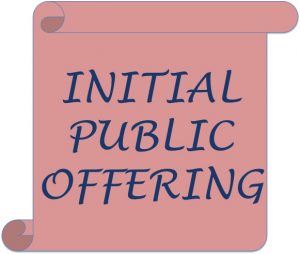 IPO (Initial Public Offering) is the first sale of stock by private companies to interested investors. This is the main component in the structure of the stock market because without the issuing of shares through an IPO, the stock market would cease to exist.

Or at least that’s one of the many reason there’s a stock market mainly. An IPO takes place before a company is listed on the market publicly.

Definition:
Primary market: direct and internal agreement between the buyers and the seller
Secondary market: means the public trading halls like NYSE & NASDAQ 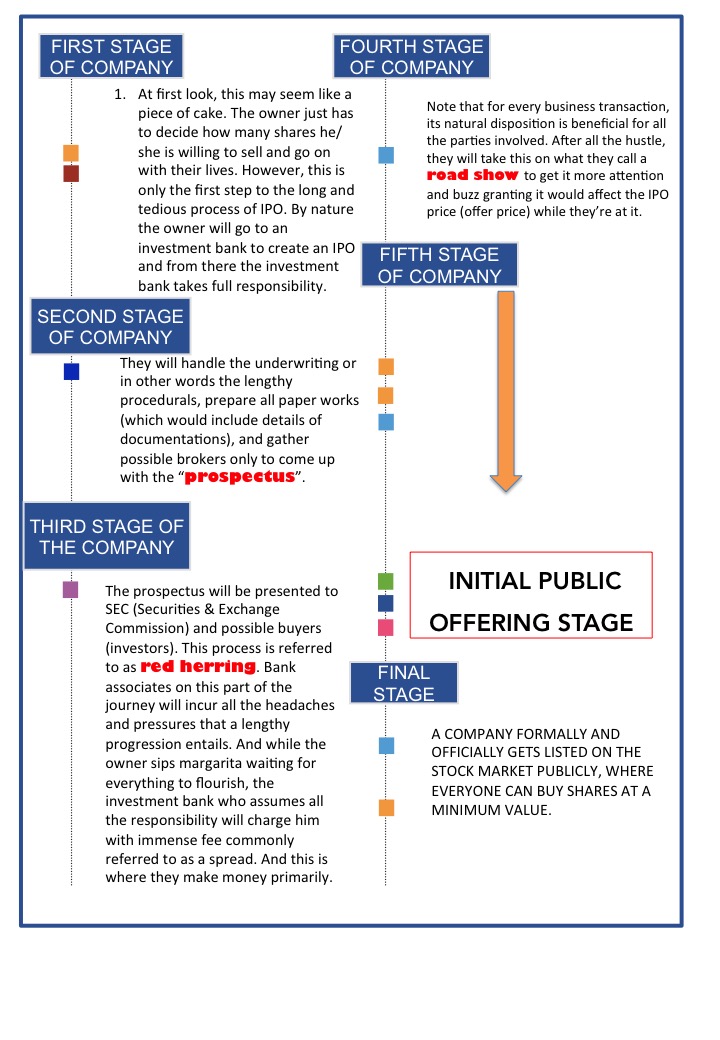 *Usually, the IPO Stage of a Company lasts no longer than 2 weeks.

What is so great about being a listed company?

While most of us believe IPO is the capstone for developing companies, it can be quite stressful and might take a toll on the road to success. Aside from the fact that it’s very expensive to take a company to public nevertheless the amount of criticism that may backfire. And that’s one of the main disadvantage being a Stock-Listed company. It would naturally mean you, as a company would be open for scrutiny and constant poking by shareholders. All this you have to take into consideration before deciding to go full squat with the exchange.

Is there any other way?

There’s a lot of many other ways a business can expand. Just as there were many pathway options for Dorothy going to Emerald City. For safe precautions, most companies stay private and tail other means to secure funding. It’s a slow and sure way to success without having to compromise ownership and dominance. Another option would be to sell the shares to a private exchange or secondary market instead of listing for IPO. Market analysts have provided this solution to many emerging companies. Even Mark Cuban has criticized Mark Zuckerberg’s decision to sell a huge share of Facebook to public. But it’s a really complicated stitch in the world of stock market.

How would this affect entrepreneurs?

Indexes like Dow Jones & S&P 500 are helpful in the sense that the economy’s growth or demise can be determined by the rise and fall of the companies listed with them.But that is not to completely say it’s detrimental for the society. If you are into stock investments and illustrated graphs excite you then this would matter apparently. Who and how you should pick to invest on requires careful study and evaluation. Connecting the dots of IPO, to shares and beyond will open a lot of possibilities for your future as an individual and as a business owner.