Most-bought Food in the U.S.

From the wide array of foods available in the market, what kind of foods do Americans purchase the most?

The US is a multi-cultural race; thus the trend on its food sales and consumption changes as time ticks away. Since it is a big economy, its eating habits create a pattern that can affect the over-all flow of products and services worldwide.

A Brief Look on Food Expenses in the U.S. 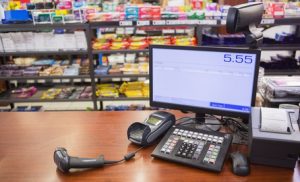 As years pass by, the production of food has changed parallel to the development and discovery of new technologies. Along with this change is the lessening cost of food in relation to an average American’s income.

In the 1950s, an average American household spent 30 percent of its earnings on food. Fast-forward to 2003, and share of food expense comparative to income decreased to 13 percent. In 2012, U.S. residents spent about $2,273 on food, or about 6.4 percent of their annual expenditures.

The US economy is one of the biggest and most active economies in the world. Hence, how America spends its money can greatly contribute to the over-all flow of products and services in the world, including food. So the looming question is: from the variety of foods available in the groceries, what do Americans purchase the most?

As economists Matthew Harding and Michael Lovenheim studied the effect of food taxes on the nutritional choices of US households, they were able to find out the foods Americans mostly buy. The results show that producers of snacks and candies, meat, dairy, fresh fruits and vegetables are the major players in the U.S. food industry.

Harding and Lovenheim’s study found out that most Americans buy snacks and candies the most. Who wouldn’t want to pop some sweets and snacks when hanging or just chilling out, right? But this result means something more: it supports the recent news on U.S.’s increasing demand on processed food.

Inspite the reported upsurge of organic food, Americans still loaded their grocery cart mostly with candies and chips. A study found that 61% of American grocery purchases are highly processed food. Another nationwide analysis of U.S. grocery consumption reveals that processed food is a dominant and solid part of the U.S. buying patterns. In this analysis, the researchers categorized products as highly processed if they contained multi-ingredient and industrially formulated mixtures. Foods belonging in this label are soda, cookies, chips, white bread, candy and prepared meals.

Going back to Harding’s and Lovenhiem’s study, ranked 7th is packaged meals with 7.5% share of America’s food purchases. Another highly-processed staple that made the cut is canned food and sauce, placed in the 11th.

Protein-filled foods comprise of meat such as beef, chicken, and pork. Also in this category are fish, tofu, beans, and eggs.

In 1984, beef was reportedly the best-selling meat in the world, with an average U.S. household spending 0.94% of its income on the meat. However, in 2012, Fetcher and the rest of the chicken family took the crown from Clarabelle Cow’s kin. 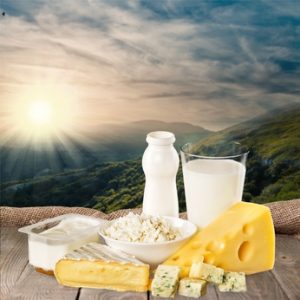 Dairy is the number one agricultural business in California, Wisconsin, and New York. In Harding and Lovenheim’s study, “other dairy products” include cheese and yogurt, and they are the third widely-bought produce in the U.S. In 2012, Mozarella is the most -bought type of cheese.

From the data released by USDA, an American ate an average of 107.6 pounds of fresh and processed fruit in 2012. In the same year, orange preceded the list of America’s  best- selling fruit, followed by apples. The most commonly consumed vegetable was potato, trailed by tomatoes.

The Rise of Demand for Processed Food

The escalation of demand for processed food can be explained by the presence of the processed food manufacturing companies in the U.S. According to Food Engineering (2004), 19 out of the world’s top 50 food and beverage processing firms are headquartered in the United States, and they have been major participants in the global economy, active in both exporting and foreign direct investment.

This phenomenon can be also explained by observing the growing need for fastfood, which are mainly made of processed food, brought about by today’s fast-paced lifestyle. Most people opt for fastfood and processed products for convenience.

This new habit is good for the economy, on the other hand it’s a huge threat to the consumers. Processed foods have higher saturated fat, sugar, and sodium  — factors that greatly contribute to overeating and obesity. In Harding and Lovenheim’s study, they mentioned that in the last few decades, the U.S. have seen a sharp rise in obesity and overweight, referred to as the “obesity epidemic.”, and this might be explained by the proliferation of processed foods in the market.

A century ago, Americans spent more than half of their money on food and clothes. Today, they spend more than half of it on health, housing and transportation. This goes to show that America has found ways to manufacture food at a cheaper price. However, along with this shrinking cost of food comes the demand for processed food, an occurrence that threatens the health of consumers.