Undeniably, the accounting function plays a vital role in a business.  It is as essential as the business itself.

We all know that business and commerce began way back 150,000 years ago when our forefathers exchanged goods with each other.  They may not know it, but they have been practicing what we know as “barter”.

With the concept of commerce already so old, have you ever wondered when the function of accounting started? Since when did our business- minded ancestors incorporated accounting into their trade? 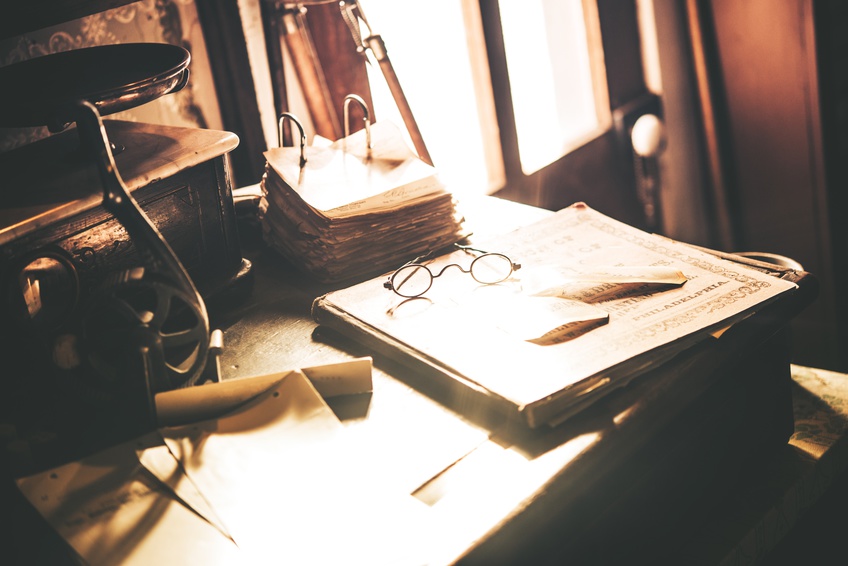 Mesopotamia and Persia : Clay Tokens and Bullae
The oldest known merchants are those in the old Mesopotamia and Persia (now Iran and Iraq) near the rivers Euphrates and Tigris.  Large and populated communities are built near these rivers thus, making it a great place for trade and commerce.  The merchants meet by the riverside and exchange products with other merchants from cities and towns up and down the two rivers.

Sometimes, these merchants have a lot of trading transactions on their hands that they are forced to rely on boatmen to carry their goods and deliver them on the other end or side of the river without the merchants’ company.  This led to massive speculative loss of some items yet hard to prove. During this time (approximately 10,000 years ago), writing was not yet discovered. So to resolve this dilemma, our ingenious ancestors thought of an asset protection system in the forms of clay tokens and bullae (pronounced “bowl-eye”) meaning bubble.

Each clay token represents either a single product, a basket of goods or any other accumulation of items.  The merchants have more than a hundred kind of these tokens representing different amounts and kinds of goods.  Tokens representing the shipped items are then encased in a bulla (singular) in front of the parties including the boatman and carried by the boatman himself.  The receiving merchant or representative receives the bulla, then breaks it and matches the tokens with the shipped goods if they are complete and exact.

Later on, these merchants may have discovered that marks and forms may be made on a wet clay. Stamps are then made on the bullae instead of encasing the tokens. Or, to lessen the use of many tokens, they may have decided to stamp the tokens on the bulla and sending the bulla alone with the goods rather than sending a lot of tokens.  More developed clay system were the flat sheets of clay which serve as the “paper” where stamps of the clay tokens were made.

Today, traders and entrepreneurs all over the world practice the bullae and clay tokens system. Shippers use Bill of Ladings, Delivery Receipts and Receiving Reports to assure completeness and accurateness of shipped products. These clay tokens are also the predecessor of our current pennies and coins.

Another early accounting system was discovered to have been used by the Egyptians as early as 3300 BC, according to written records. The accounting system was made mainly to protect the Pharaoh’s inventory of goods including oil, dates, grains, beans and all other tributes paid as taxes to the Pharaoh.  The earliest accountants  were the bean counters who then attach a written document (in papyrus) to the sacks or bags of goods showing its value. They also keep another document to record the remitted goods and list of inhabitants who submitted them.  It is probably the Egyptians who made the first single entries to record wages paid to laborers and taxes remitted to their government.

Greece and Rome: Money and Banking

After the discovery of metal, the ancient Rome minted the first money in the form of coin.  There were already bankers who change and transfer money to other bankers in the city.  Goods and services were then traded in these coins, and so are the payment of taxes.  Bankers have also practiced to extend loans and credit.  List of accounts of the borrowers were kept by these bankers showing the movement of their loans and payments made by the borrowers, thus creating books of accounts.

Probably the most acknowledged and recognized evolution of the accounting system is the development of the double entry bookkeeping by Italian mathematician and Franciscan friar Fra Luca Bartolomeo de Pacioli in the 14th century.  In his book Summa de Arithmetica, Geometria, Proportioni et Proportionalita (translated: Everything About Arithmetic, Geometry, Proportions and Proportionality), he first used the terms debit and credit, form the Latin “debere” and “credere” meaning “to owe” and “to entrust” respectively. The double entry system simply means that for every good or service received, there must be something else given up.

Today’s accounting follows the general rule made by Pacioli.  Financial reports and statements were prepared according to these basic principles. The formal accounting profession (Chartered Accountant) was created in United Kingdom in the 19th century after the grant of a Royal Charter to recognize the profession.  Different institutes then emerged in Europe from Edinburgh to London and all over the European continent.

Chartered accountants from Europe were then sent to the US to audit British investments.  Some stayed in the US and formed the US institute, together with new US accountants.

With the rise of different institutes all over the world, accounting treatments have differ across borders.  This led to the formation of a standard setting board whose authority will be recognized by member countries in the application of rules of accounting. From the basic principles, specialized standards and pronouncements were then made to cater specific issues concerning accounting treatments and applications.

There are two accounting standard-setting bodies widely known today – one which originated in Europe and the other one in the US.

American Institute of Certified Accountants (AICPA) was founded in 1887 representing the CPA Profession nationally in the US. AICPA formed the Accounting Principles Board (APB) in 1959 to issue the Generally Accepted Accounting Standards commonly known as the US GAAP. In 1973, Financial Accounting Standards Board (FASB) replaced the APB in making the GAAP.  Furthermore, the Securities and Exchange Commission (SEC) designated the FASB as the official organization to issue GAAP.

Globally, IFRS are being followed by member countries from Europe to Africa and Asia.  According to PricewaterhouseCoopers (PwC), 283 countries have substantially adopted the IFRS as of July 2014.  Some companies in US have also been transitioning to the IFRS.  However, SEC still requires the use of GAAP in all publicly-listed companies in the US today.

Accounting has truly evolved all through the years.  From the simple clay tokens to the intricate accounting software available in the market today, from the single entry to the specialized accounting standards. Accounting has become more developed yet more complex.  It’s inevitable though, considering the rapid change in business environment as well.  The accounting function has to evolve to catch up with the changing needs of business especially in today’s world wherein simple ideas are easily converted to a billion-dollar business.

The complexity of accounting today has resulted to the need of at least one accounting professional in every business.  Being an entrepreneur however, whether you are the accountant or not, it becomes necessary that you know at least the basic concepts of accounting.

Start learning now. Today’s accounting maybe complex but this history shows that it also once started very simple and basic.