So what exactly is AlDub?

If you’ve asked the same question as Taiwanese star Barbie Xu, you are not alone. In fact, Morning News USA wrote about seeing #ALDUB a lot on Twitter on October 18. The article apparently brought so much traffic to their site, their servers couldn’t handle it. 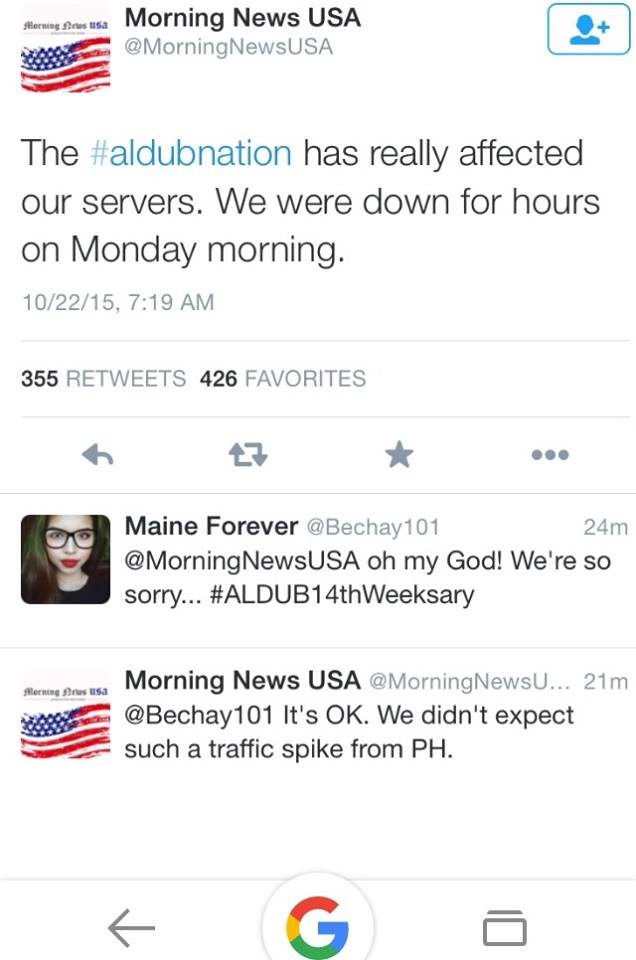 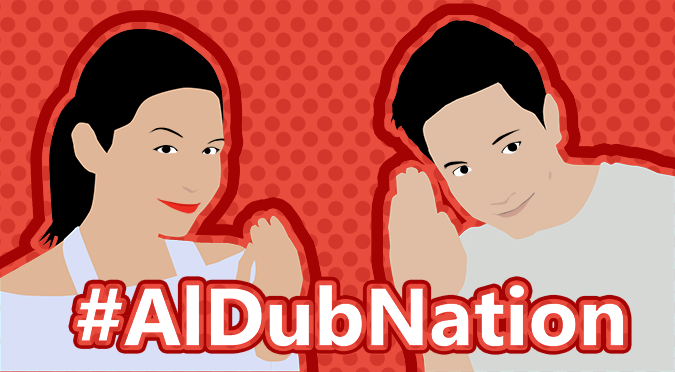 AlDub is the term coined for the accidentally paired couple, Alden Richards and Maine Mendoza. The latter plays a fictional character named “Yaya Dub” on a segment called kalye serye (street series) in the noontime show, Eat Bulaga. She is named so because her character speaks entirely in dubsmash, which was also what catapulted her to youtube fame.

The start of their “budding” romance began with a dash of serendipity. After Maine was caught admiring Alden on a monitor, an idea was born. Yaya Dub’s character was supposed to be a grumpy nanny who never smiles and always dubmashes. But when Alden watched her doing her act, she slipped out of character, becoming self-conscious and smiling slightly. Their on-screen chemistry developed organically and unfolded over the split screen as obstacles cropped up one after another to prevent the two from meeting in person.

The audience’s anticipation at the duo finally meeting reached fever pitch especially after near missed encounters. When they finally met, fans let their joy be heard through Twitter in a major way.

Why did AlDub become a social media phenomenon?

For those who watched clips of AlDub and still remain baffled at their success, the appeal may be difficult to understand. But when you take into consideration different factors, you’ll realize why AlDub appeals spans different markets.

Before AlDub was born, there was Yaya Dub, nanny to formidable Lola Nidora. Even before her quick rise to stardom, Maine Mendoza has always been bright, bubbly and unafraid to make silly faces. This authenticity endeared her to fans, especially her ability to laugh at herself, as was the case when she spilled some egg while gulping down her favorite quail’s egg soup during her first date with Alden.

When Filipino broadcast journalist Jessica Soho featured Yaya Dub on her show, veteran Filipino director Jose Javier Reyes revealed that he was not surprised by the peoples’ warm reception and quick acceptance of Maine. For him, she represents the millennials, a tough woman who is not afraid to be true to herself. She’s not out there to prove anything else but that she’s having fun.

Alden Richards is the epitome of a good boy with good manners and respectful to elders to boot. He can be compared to the late Rico Yan, in terms of dimples and boy next door charm. He’s probably the type of boyfriend that most girls would want to take to meet their parents.


Another thing that endeared Alden to fans is his down-to-earth and kind attitude. They can tell he has substance and has been brought up well by his parents. Most of all, he is willing to do anything for his ladylove, no matter what challenges the stern Lola Nidora throws at him. Alden does each of the tasks without grumbling, winning him more hearts with each completed task. His heartfelt rendition of God Gave Me You no doubt added more to his legions of fans.

In a time when studios crank out one mistress themed movie or tv show after another, AlDub offers a refreshing alternative to the usual fare. The fact that the attraction between Maine and Alden could be real also adds more to its appeal.

On Joeam.com, Wilfredo G. Villanueva wrote a post about The Social Significance of AlDub and how it reminds us of what’s good about being a Filipino.

“AlDub could be a return to the things that endear us to each other — respect for elders, patience, emotional IQ, delayed gratification, the thrill of the journey not just the destination. In other words, AlDub represents the good things about being a Filipino.”

CNN Philippines also echoes this sentiment when pop culture expert Mykel Andrada pointed out the family values espoused by the Lolas, which AlDub also follows. The advice from grandmother on love and the medieval chivalry reflect the Filipinos’ adherence to these old traditions.

AlDub’s appeal is not limited only to one demographic. Andrada notes that AlDub captured three major audiences: overseas workers, people who are often at home and millennials. Eat Bulaga has also uploaded the episodes online so people can watch after work.

Overseas Foreign Workers can relate with the split-screen format, because that is how they communicate with their loved ones who are oceans away. Aldub appeals to those who are at home may be the return to traditional Filipino values as well as the entertaining cast that surrounds Maine and Alden. For social media enthusiasts like the millennials, they are able to relate to the use of dubsmash and the active twitter interaction within the AlDub community. 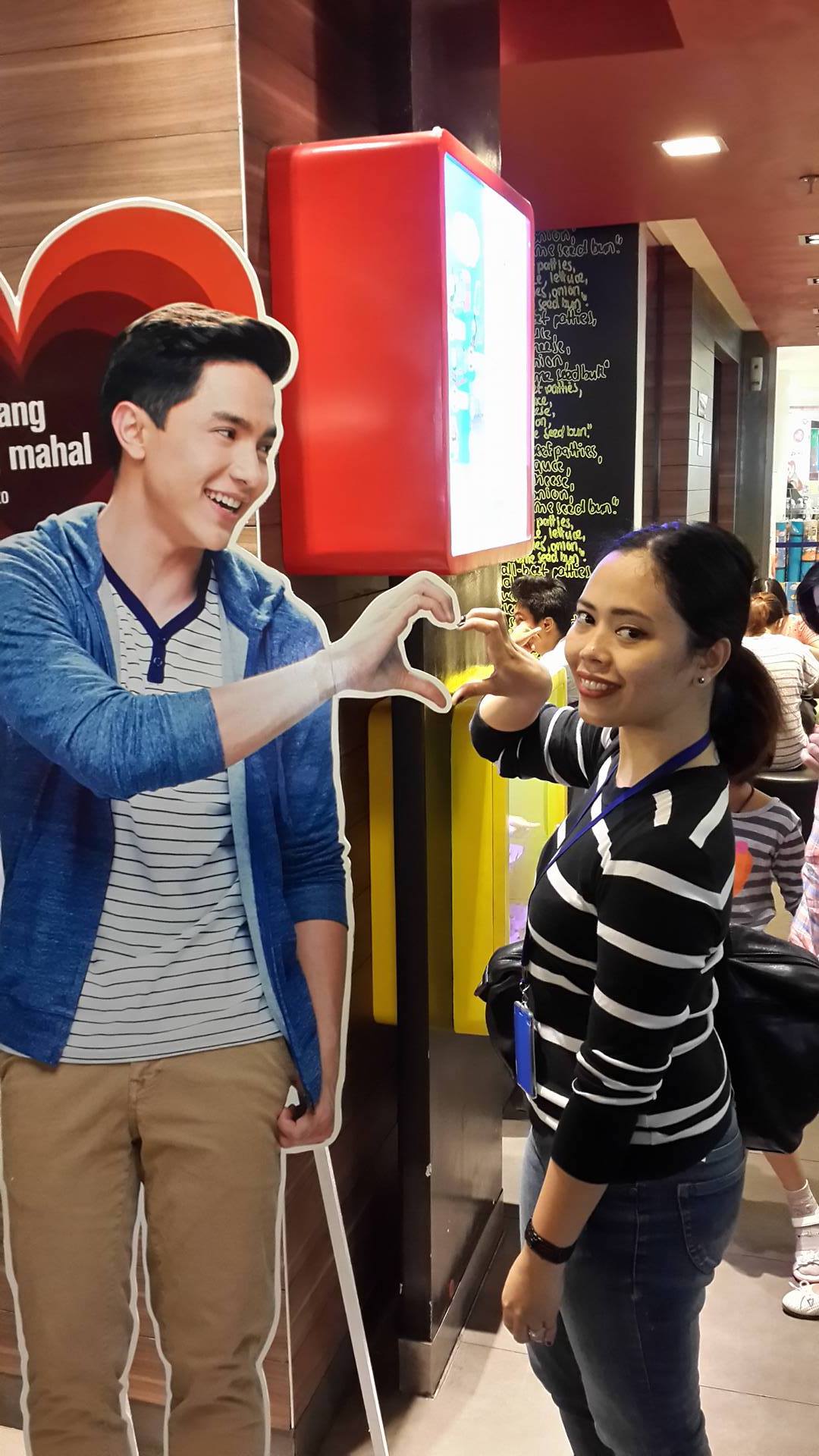 AlDub may offer a temporary escape from problems but it has actually evolved into something more than just the need to feed people’s fantasies. It has become an outlet for fans to become a community and do things for social good. An example of this was when AlDub Nation organized a blood donation drive.

AlDub may have started with a case of serendipity but destiny had something else in store for the now social media phenomenon.