How a Tech Startup made the Smart, Connected Car

Imagine the smartphone and car paired seamlessly together like bread and butter. Driving your car to the office or shopping mall, you’d probably wish you could check the condition of your car as easily as you open your emails. Or when you’re stuck in heavy traffic, you’d want to show off your latest trip to your friends, or just checking where’s the nearest gas station to buy cheaper fuel.

When your car broke down in the middle of a busy street, or before that even happens, you’d want to know where the nearest mechanic is, and the extent of the damage, and how much the repair costs. If you’re traveling to close a deal with your client based in another state, you want to track your trip route through GPS.

All this and more are packed in the Dash mobile application. Yes, a mobile app that turns your car into a smart, connected car. 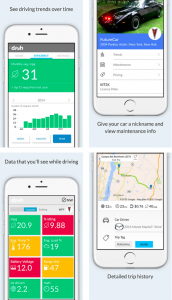 With Dash, drivers can get more information about their cars and driving performance. Data such as trip route and distance, mileage, fuel efficiency usage, alerts when you do a hard brake or accelerate and engine trouble, cheaper gas station, and driving performance scores. Indeed, Dash captured a niche that was left untapped. 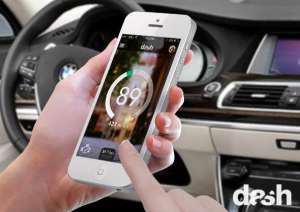 10 years ago, the idea of Dash might seem impossible, or crazy even. But as history shows, only those creative minds, that stretches the limits of human minds, are able to create the future and achieve what was deemed impossible.

Asked where they’ve got the inspiration to make Dash,

Edis said, “We had both been in minor car scrapes or accidents. We cared about making roads safer and greener. But also, we were excited about connected devices, internet of things, big data and new digital product categories. As an ‘old school’ categories, with traditionally weak software, automotive seemed like a perfect sweet spot to start.”

Their intelligent decision to focus on an untapped niche that is banking on improving the driving experience through connecting the car computer systems to smartphones, was a good starting point. Their company, Dash, which was launched more than a year ago on January 2014. Dash mobile app is soaring off the charts, with more than 200, 000 downloads on the App store, to date. It is available in all US states. Dash has been used by drivers in over 150 countries including Mexico, UK, EU, and several Asian countries. 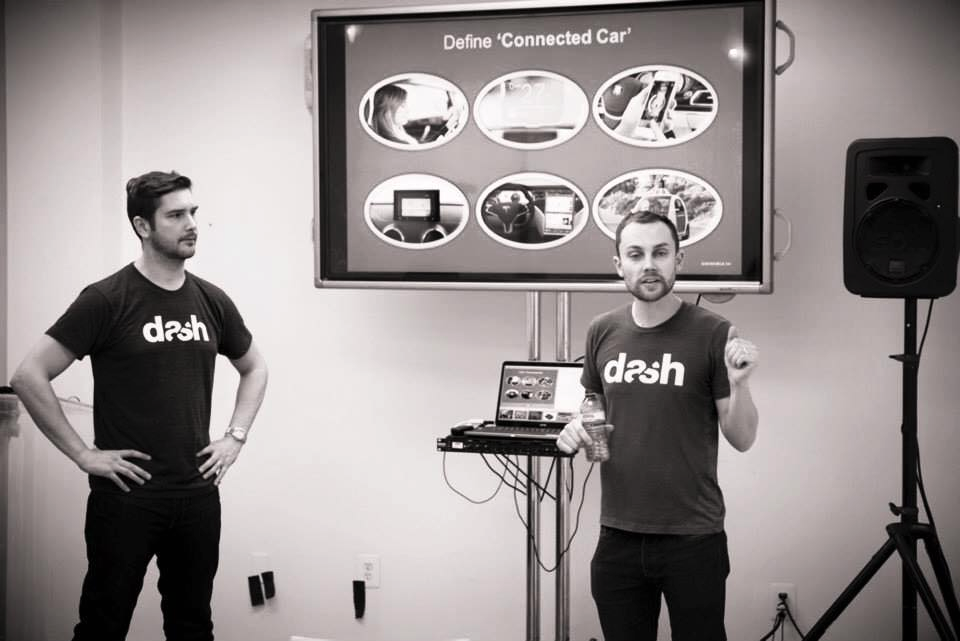 The great minds behind the creation of Dash, are CEO Jamyn Edis, and CTO Brian Langel. Dash CEO Jamyn Edis holds an MBA from Harvard Business School, and a BA/MA from Cambridge University; while CTO Brian Langel was running his own tech company. Moreover, prior to launching Dash, Jamyn Edis is a Professor at NYU Stern School of Business, a distinguished mentor in Techstars, and an Executive at HBO. Both of them led a professional, stable and secure life.

What pushed them to create Dash? What made them take the leap from the cliff and plunge into the unknown?

Dash CEO and Founder, Jamyn Edis, has this to say, “We had an idea that we couldn’t let go. And we had been exposed to many start ups during our time at HBO. I had been part of the investment and patent team at HBO, as well as a leader on the digital side, and Brian had his own Internet of Things start up on the side, with a device and data platform to track wildlife migration patterns. During this time, New York had a resurgence of interest in start-ups, as well as talent and capital. The time was right, and the idea was great. So, we closed our eyes and jumped!”

As the Founders of Dash prove it; it’s in taking the risks and challenges that separates the ordinary from the great and extraordinary. Rising tech stars such as Dash, come about to challenge the status quo, and deliver innovative products that rock the market.

As they say, success does not happen overnight. Prior to launching Dash in order to gauge the market, the Dash team conducted a research in consumer awareness and behavior, that formed the foundation of Dash.

Dash CEO and Founder Jamyn Edis said, “We were very analytical, from business planning to product and competitive benchmarking. We also ran around 300 consumer interviews and quantitative surveys. But also trusted our gut about what the market wanted or needed.”

Based on their research, he added, “We knew people wanted their tech and cars to be smarter, and in doing so, adding convenience, cost savings, increased safety and greener driving. Both utility and engagement functionality. So, we centered on safety, savings and social. So far, we seem to have made the right calls, given our leadership position, versus the other players in this new space.”

The rest was history; Dash continues on to change the face of how cars and smartphones operate.

Behind the adulations, milestones and profits, are the sacrifices and hard- earned lessons that every successful businessman experiences in one time or another. 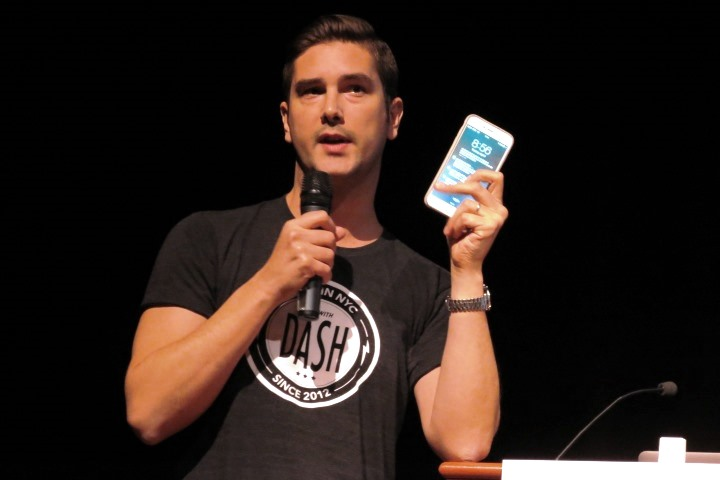 Having its share of challenges, Dash CEO Jamyn Edis said, “We are a small company with limited reserves. And the auto industry is big players with lots of money. But we had conviction, we could be nimble and build fast. And we were focused on doing one thing well, whereas the large companies have many competing interests. Now, they come and knock on our door, which is a good feeling.”

With great insights, vision, unique and innovative product, and hard work, Dash is one promising startup to look out for, and it’s just starting out. 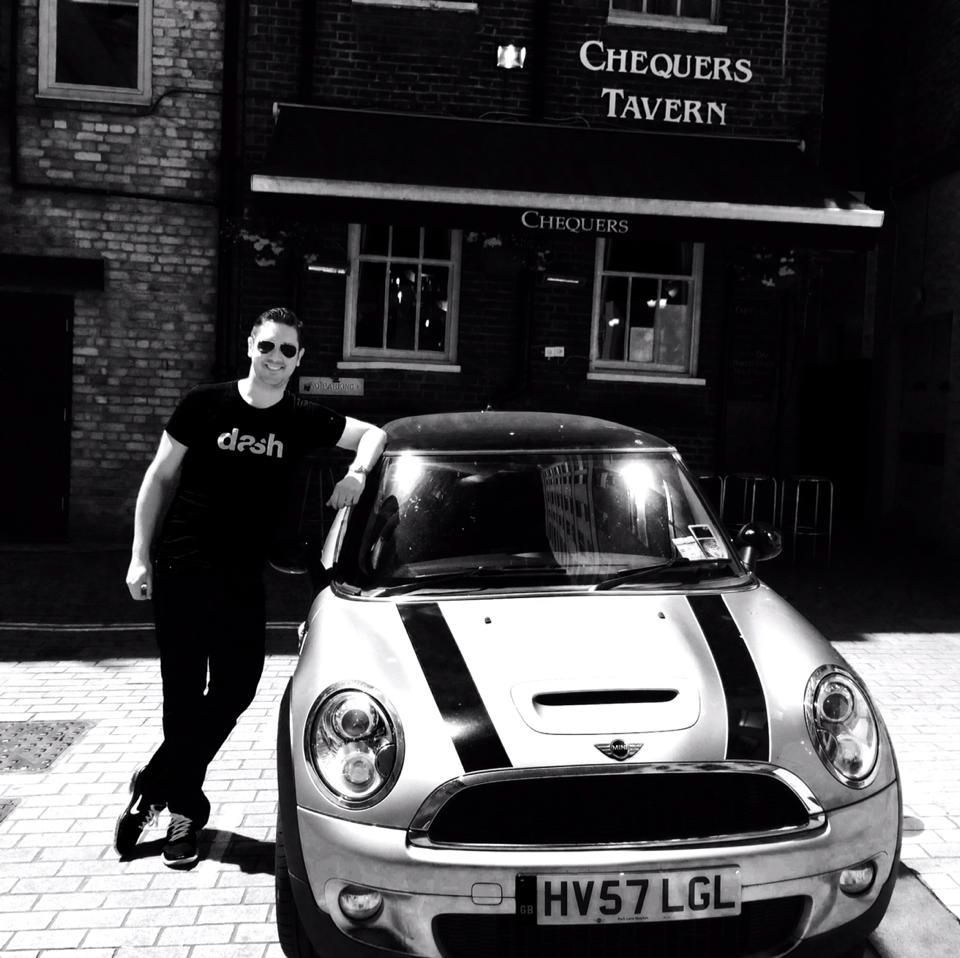 To startups who wants to achieve more, CEO Edis shared, “Don’t be afraid. Prepare. Work hard. Don’t listen to those who say it can’t be done. But do listen to what people want or need. Be responsive. Never give up.”

What does the future hold for Dash? Then, we just have to turn to what business icon does Dash Founder Jamyn Edis look up to?

“We don’t tend to spend a lot of time comparing ourselves to others. But if we could emulate the success of someone like Elon Musk, that would be a good start,” he said.

Crazy, absurd, impossible, it might seem to some, just like the ideas of Elon Musk, but these are the ideas that change and shape the world we live in. Just look at Dash.

Just when people thought that cars couldn’t get any better, it does. Dash achieved more than what is possible for cars and smartphones. That’s what makes it great, and yes, extraordinary.

From here on, Dash creates the future of car connectivity.

Read more about Dash in the interview with Dash Founder and CEO Jamyn Edis in this story: How Dash paved the way for Smart Cars.

To know more about the Dash app, read the story here: How Dash paved the way for Smart Cars”