It’s been referred to as the new industrial revolution. A wave of Internet-connected devices, tools, and systems that have fundamentally changed how we work, relax, and ultimately, live. From smart homes to smarter automation, the Internet of Things has changed the world. 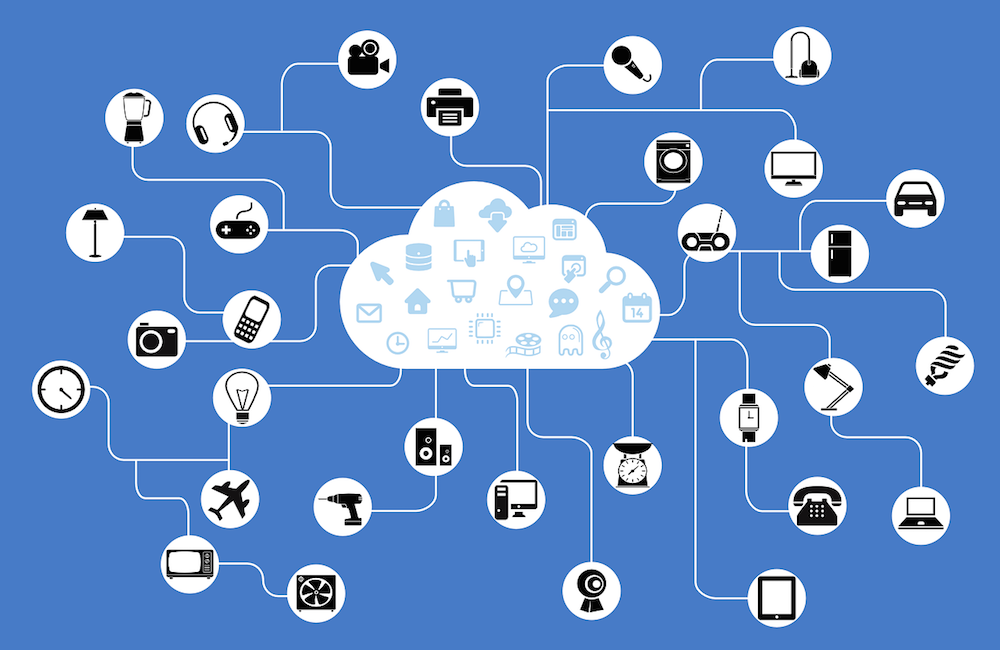 But it could not have done so without cloud software. In many ways, the two technologies have evolved in tandem with each other, with developments in one spurring innovation in the other. Moreover, the distributed and decentralized nature of software-as-a-service (SaaS) applications makes them a perfect match for IoT.

In the Business-to-Consumer (B2C) space, SaaS allows them to remotely control smart devices and access features such as virtual assistants. Where Business-to-Business (B2B) is concerned, SaaS provides a means of facilitating over-the-air updates and supporting use cases such as edge cybersecurity. As one would expect, there is a great deal of value to be found on both sides of the B2B/B2C divide.

That, in turn, has dramatically influenced the larger SaaS market. First, we’ve seen the emergence of a new type of SaaS application, the IoT Platform. Developed to operate in tandem with connected hardware, an IoT platform consists of four distinct layers, per IoT Analytics:

IoT Analytics further reports that the IoT platform market has experienced a surge of growth that is both explosive and unexpected, particularly in recent years.

In 2020, for instance, the firm reports that the market reached $5.08 billion, quadruple the projections made in 2016.  Amidst this growth, IoT platforms have begun adopting pricing strategies that are more granular, complex, and flexible. This, in turn, has unlocked an entirely new revenue stream for manufacturers, driving even further growth.

How exactly does this impact the overall SaaS market, though?

Because businesses can use SaaS solutions to help them meet the operational demands of IoT devices, increased interest in B2B-focused solutions is likely to experience a considerable surge. Likewise, cybersecurity-focused SaaS tools are likely to see an upturn in value as leadership continues to contend with the massive threat surface created by hyperconnectivity.

IoT will also further contribute to the rise of micro-SaaS solutions, highly specialized software instances designed for a specific business use case. This could include manufacturing automation, telemedicine, worker safety management/monitoring, or customer service monitoring. Many of these apps will also be designed to be vertical-specific.

“IoT deployments require infrastructure that’s different from the enterprise norm, even the cloud. Hardware and security standards in IoT devices haven’t yet settled out, and the problem of processing data close to the IoT devices, rather than in the company cloud, all add to the complexity and expense of deploying IoT,” reads an article published in TechTarget’s IoT Agenda. “A growing number of IoT SaaS providers offer platforms that service IoT architecture and processing needs directly, eliminating the need for deep investments in gateways, edge servers, fog nodes, and other IoT-specific components.”

Just as Original Equipment Manufacturers (OEMs) have begun dipping their toes in software development, we may also see SaaS businesses exploring the possibility of companion hardware moving forward. At their core, they would still be SaaS companies. They’d simply be applying the principles of cloud software to the development of a physical product.

It’s unclear how the influx of manufacturers into SaaS will impact the overall market.

On the one hand, it’s possible that their impact may be minimal, at best. An OEM that develops a SaaS platform for its products isn’t likely to sell that solution independently. It is also no secret that these legacy companies typically have little in the way of experience in cybersecurity or software development — even if they seek to compete with established SaaS developers, they may find it difficult to do so.

On the other hand, an OEM isn’t guaranteed to be ignorant about SaaS development. Smaller OEMs could also be considered feasible purchases for some buyers, particularly those with the necessary expertise to optimize their software platform. These businesses could also drive growth in the SaaS sector for several reasons.

Finally, artificial intelligence will be another unexpected benefactor of this market shift. As integration between SaaS software and data collection tools such as connected sensors grows more profound, more and more businesses will begin to see the value of business analytics and automation. This will likely result in something of a feedback loop for AI’s role in SaaS, resulting in rapid proliferation across the market.

Together with cloud computing, the Internet of Things has changed the world.  Twenty years ago, most of us could not have possibly imagined the degree to which connectivity would redefine our personal and professional lives.

At this point, it’s difficult to say where things will go from here. One thing, however, is inevitable. The market for SaaS applications is booming, and the future for both buyers and sellers is bright.

These are just a few of the trends being driven by the interplay between cloud software and connected endpoints. And though IoT wasn’t the sole driver, it has nevertheless played a significant role in that growth, and one that will continue to define the SaaS market moving forward.

Christopher Moore is the Chief Marketing Officer at Quiet Light, which specializes in helping clients sell their internet-based businesses. Additionally, he founded Gadabout Media LLC to inspire, educate, and unite others by creating visually stunning content for clients.