The modern economy is ripe for future business go-getters, and freelancers and entrepreneurs will indeed make up a huge part of the workforce in coming years. New parents interested in maximizing their kids’ success will want to know how to direct their children toward entrepreneurship at a young age. Let’s break down how you can do this now. 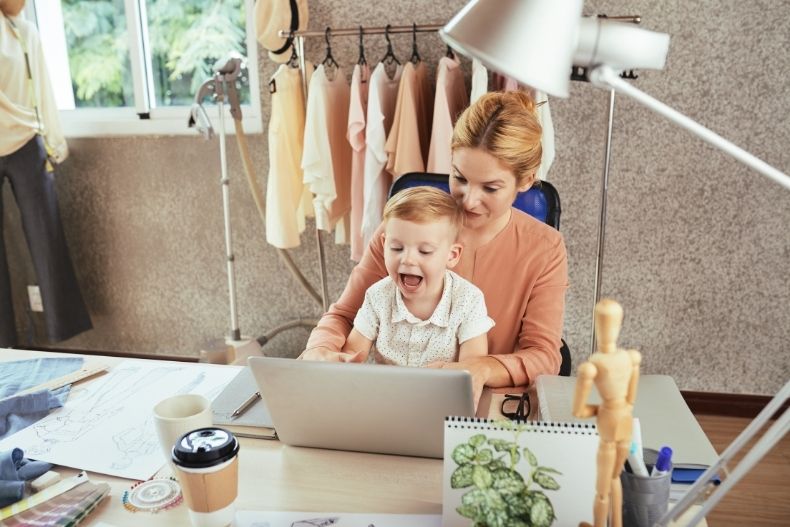 Foster Any Signs of Creativity

To be an entrepreneur, you have to have several key qualities. One of the most important is creativity, though not necessarily in the artistic sense. Instead, successful entrepreneurs have to be creative enough to forge their own path and build their businesses even when there isn’t a template for them to follow.

To that end, be sure to foster the signs of creativity in your child if you want them to lean toward entrepreneurship as they get older, such as an interest in artistic skills or unique tastes.

In the modern world, entrepreneurship is increasingly focused on the digital sphere. Programmers and coders will have a big leg up over other entrepreneurs due to the renewed emphasis on eCommerce. Therefore, you can direct your child toward entrepreneurial success by teaching them to code ASAP.

Kids coding games are the best way by far to teach kids about basic programming concepts and to get them interested in coding at an early age. Since kids learn best when they’re playing, check out some of these games to make learning fun and interactive for them.

You should also try to support any independent thoughts or ideas they have, particularly if they revolve around little projects or experiments. For instance, kids with a proclivity toward entrepreneurship will often want to start a small “kid business” at an early age, such as running a garage sale or starting a lemonade stand. They will learn through play.

You should support these projects early, and not just so they can get some experience. It helps to build up their confidence and show that you’ll support them, even when their entrepreneurial endeavors become bigger when they are older. It’ll also help them to become entrepreneurial thought leaders.

Give Your Kids a Small Allowance

Any kid that’s going to be a successful entrepreneur must understand finances. The best way for parents to illustrate financial concepts to kids isn’t through a class. It’s through giving them an allowance and allowing them to spend it as they please.

With an allowance, kids can learn how money works and the consequences of spending it too early or not saving it for something expensive they want. It’s learning through experience, which is the best kind of learning you can provide.

Frame “Wants” in the Context of Actions They Can Take

Parents will also want to frame any desires or “wants” for their kids in certain contexts. Instead of telling your child that you’ll get them what they want sooner or later, or framing it in some other way, try to give your child the option to get what they want themselves.

For example, maybe your kid wants a new toy or computer. You can frame that want into something they can acquire, such as by working extra chores for more allowance money or saving their existing allowance for a longer time.

Either way, it teaches your kid control over their own actions and rewards: two important concepts for any future entrepreneur.