The phrase “side hustle” is everywhere nowadays. And stories about college graduates that launched successful businesses from their dorm rooms can sometimes feel more like the norm than the exception, especially in the fast-bucks world of tech.

If you have an entrepreneurial bent, you’re likely curious. The prospect of a financially-rewarding project that might turn into a more serious business is an exciting one.

But should you believe the hype? Do side gigs represent a serious opportunity?

Based on countless success stories, the answer is a definite yes. With the right approach, it’s completely possible to turn your interests and passions into a lucrative source of income, without sacrificing your academic success.

In this post, we’re going to look at seven tips for launching a profitable, rewarding, and enjoyable side hustle. Let’s dig in. 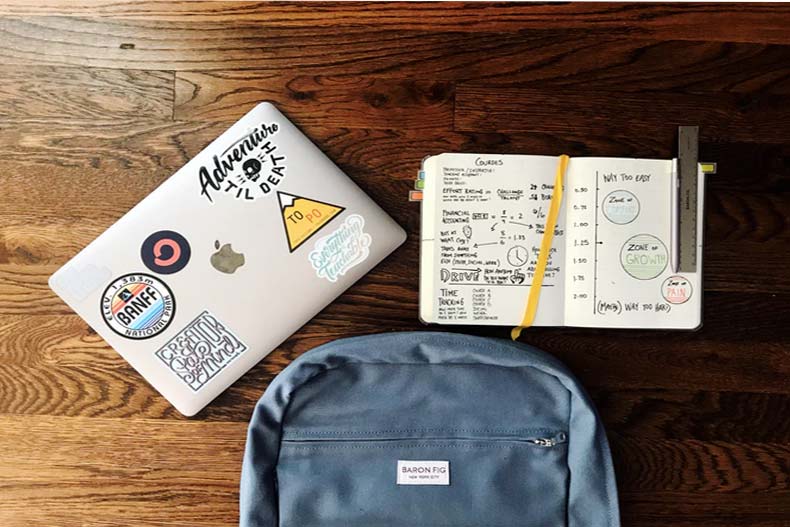 At college, your side hustle is not your priority.

When you over-focus on your side project, the consequences are negative all around: your college performance slips and your side gig suffers as you readjust. You might even have to ignore it completely as you get back on track academically.

But there’s another practical dimension to prioritisation, too. When you know exactly how much time you have to devote to a side gig, you can pick projects according to the work that’s required to make them a success.

If you’ve only got an extra two or three hours per week, for example, there’s little point in launching a fully-fledged ecommerce store. But a listing on Etsy where you sell small quantities of handmade jewellery might be perfectly viable.

With all the time management books, apps, and self-help gurus around these days, people should have more hours in the day than they can handle. Yet society as a whole is busier and more time-stretched than ever.

As an undergraduate, you have a lot of demands on your time: study, lectures, social life, gym, and more. But now you’re also taking on the role of business owner. And this makes the need to schedule effectively more important than ever.

A good college schedule maker will help you manage all of these competing responsibilities, including business-oriented tasks like scheduling meetings and processing payments.

What’s more, the best college schedule maker tools in 2020 are inexpensive, easy to use, and come with an extensive set of features and integrations.

Abraham Lincoln once said that if he had six hours to chop down a tree, he would spend the first four sharpening his axe.

You should approach any potential side hustle in the same way. It’s very easy to get shiny object syndrome. You hear about a new opportunity that promises fast returns, whether it’s offering coaching on Facebook, building an Instagram audience, or selling art on Etsy, and you jump right in without a second thought.

But this is a big mistake. Pre-planning is absolutely essential if you’re to have the best chance of success. And by honing in on side gig opportunities that fit with your existing skills, you can cut your learning curve significantly. You’ll also have a competitive advantage over a lot of the competition.

What are you currently good at? Do you have a way with words? A penchant for dealing with people one-on-one? Is product marketing your forte? Figure out where your talents lie and find a model that fits.

As you move forward, things won’t always turn out as planned. Particularly in the early stages, you’ll need to experiment, fail, and adapt your approach.
The path towards a successful side gig is rarely straightforward. Instead, you’ll stumble towards a winning formula. And this is completely OK.
In the beginning stages, commit to experimenting and adapting your approach without the definite reward of financial returns. It’s a simple but absolutely necessary mindset shift that makes your chances of future success all the more likely.

For most serious side gigs, you’re going to need at least some startup capital. But unless you’re the beneficiary of a multi-million dollar trust fund, the likelihood is that you don’t have access to vast swathes of cash right now.

That’s OK. But it’s important to have some reserves, whether for training materials, website hosting, advertising, or initial stock, and a reluctance to spend any money is one of the biggest killers of side gigs.

But it’s also essential to be prudent. Don’t invest money unnecessarily. Look for the best deals and make sure that your chosen side gig fits with a level of expenditure you can manage.

It’s usually better to take advantage of existing markets and audiences instead of trying to build new ones from scratch.

Why launch an independent ecommerce store when you can access millions of buyers on Etsy or Amazon, for example? Want to make some extra income by writing? Opt for a platform like Medium rather than build a WordPress blog from scratch.

This also applies to your college network. Universities bring people with diverse arrays of skills and experiences together. Leverage these talents wherever possible and don’t be afraid to partner up.

Whatever happened to good old hobbies?

There’s a sentiment shared by many (especially younger people) that if something doesn’t turn a profit then it’s not worth pursuing.

Remember, not everything needs to be a mini-business. And research shows that pursuing hobbies for their own sake makes us happier and healthier.

So focus on your side hustle. But don’t scatter your attention by turning everything into a money-making venture.