We’ve come a long way since the 1980s. Back then, most small businesses traded locally, and without the assistance of the internet. In those days, actual word of mouth, newspaper ads, and optimal placement in the Yellow Pages were hugely important.

My, how things have changed.

To fund their operations, though, they need to exchange currency regularly. However, inexperienced operators fail to appreciate how much money they’re wasting by trading through inefficient channels. Banks and firms like Moneygram charge fees/margins that can add up to THOUSANDS in losses annually.

Let’s jump right into it. 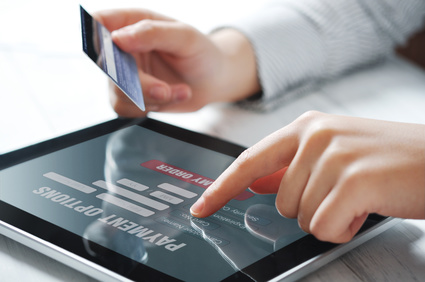 The future of small business is overseas

The days where you exclusively hired, networked, and obtained supplies locally are over. You can now outsource ANY job that isn’t dependant on physical presence. The internet gives your competition access to the entirety of the world’s talent. If you ignore the international aspect of commerce, you do so at your own peril.

Anyone who passes up these advantages is putting themselves at a SEVERE disadvantage. If you want to make REAL money these days, taking advantage of overseas resources is practically MANDATORY.

Let’s say you need to set a website for your crafting business. You could hire a programmer locally, but it would cost you about $30/hr in Indianapolis. In NYC, that cost surges to $40/hr – and often, more.

Meanwhile, costs abroad are a fraction of what they are in the USA. You can hire Indian software developers for as little as 405 INR/hr – or $5.68/hr. In the Philippines, they charge an average of 108 PHP/hr – that’s roughly $2.13/hr, which is just bananas.

Communication issues aside, though, they work just as hard as programmers here at home. Thanks to economies of scale abroad, you can pay very little and get close to the same results. If you’re lucky, you might get better results.

Manufacturing costs abroad are also significantly cheaper. From raw materials to labor, outsourcing to nations like China makes sense. For instance, the average American factory worker, who works 40 hours per week, makes about 3,585 USD per month. Compare that with China. In 2019, the minimum monthly wage reached 2,480 RMB – or 352 USD/month.

No financially literate entrepreneur would ever turn down that deal. Even with increased shipping costs and unexpected expenses, they’ll finish way ahead of their domestic competition.

There’s no debate – the future of ALL business, small or otherwise, is overseas. However, moving money across borders can pose serious issues for bootstrappers.

Remember when we all sent letters to each other? Like, ACTUAL paper mail that took days, or even WEEKS to reach the addressee? It seems like FOREVER ago – BUT – that’s how we conducted business a generation ago.

When you sent a letter, you PAID postage to make it happen. Thanks to the internet, though, a MIND-MELTING 293 BILLION e-mails are sent every single day. And, not a single one of those messages cost a DIME to send!

Sadly, international currency exchange hasn’t seen the same amount of progress. In an age where many entrepreneurs rely on global infrastructure, the financial establishment has barely budged on rates.

Here’s how bad it can get. You’re researching a new product line, but before you do, you need to purchase samples through a prospective manufacturer. The minimum batch of 1,000 units will cost you 7,000 RMB, so you set up a wire through Bank of America.

BoA gives you a USD/RMB rate of 6.6834, meaning you’ll have to send 1,048 USD to complete the transfer. Together with a 30 USD wire fee, your total comes to 1,078 USD. However, know that the rate that the bank gives you is NOT the real rate of exchange.

The interbank rate is. The interbank rate is the wholesale rate of exchange that the financial establishment uses to trade with each other. If you had access to the actual USD/RMB rate of 7.0352, you’d only have to send 995 USD. That’s almost 100 USD less!

Are you still confused about the ins and outs of currency transfer? This forex money transfers FAQ will tell you everything you need to know!

In niches with razor-thin margins, every dollar counts

Let’s say you set up a long-term relationship with the factory referenced above. For them to produce your widgets (to say nothing of shipping costs), you send them 70,000 RMB per month.

At these amounts, we’ll be generous to Bank of America. They’ve waived the wire fee, and are charging a better USD/RMB exchange rate of 6.7924. Even so, you’ll bleed cash compared to the interbank rate.

Every month, you’ll send 10,305 USD to China through BoA. On the other hand, you could be sending 9,950 USD if you had access to the USD/RMB interbank rate. Multiplied over an entire year, you’re losing more than 3,500 USD. That’s in just one area of your business. And, as you scale your operation upward, these losses will only increase.

Saving thousands can mean the difference between growth & mediocrity

But, aren’t currency exchange margins an unavoidable cost of doing business? Well, yes and no. Yes, because money transfer firms aren’t charities – they are in business to make as much profit as possible. And no, because affordable alternatives to BoA and Moneygram DO exist.

No, you can’t trade money exactly at the interbank rate. But, these days, you can get tantalizingly close. Transferwise is the most straightforward example to cite. In 2010, they made waves by offering the interbank rate on all currency pairs they provided.

How could they do it while making a profit? Rather than hide massive fees in their exchange rates, they opted to charge a nominal fee on transfers instead. It varies, but often, you’ll get 0.5%. Applied to our example above, you’d pay 10,000 USD straight. For those following along at home, that’s only 50 USD more than a strict interbank transfer. More importantly, it’s more than 300 USD less than the banks!

Would 3,600 USD extra per year help speed the growth of your business? We think you know the answer to that question!

Every dollar you have is a soldier, ready to do ANYTHING in service of your business. Don’t watch them die only to satisfy the hunger of greedy bankers – take advantage of the cost-effective solutions that money transfer firms provide!