Triumph’s former president and now author shares his views about leadership and management.

Yoshikoshi Kouichiro
Yoshikoshi Kouichiro was born in Chiba in 1947. He graduated from Sophia University with a Foreign (German) Studies Degree. He joined Triumph Int’l (HongKong) in ’83 through Melita Japan, then became the Executive Vice President of Triumph Int’l in ’87. He was appointed as President in 1992. His weapon of snap decision technique garnered him 19 consecutive years of profitable sales. Incorporating “early morning huddle”, “deadline” and “zero overtime work” improved the company’s efficiency and thus produced rapid growth. He retired in 2006, and now conducts lectures and writes books. He’s currently based in South France, his wife’s hometown. “The technique of deadline”, “Zero Overtime Workforce” and “The problem is to improve your sense of business” are some of the Japanese books he has published。 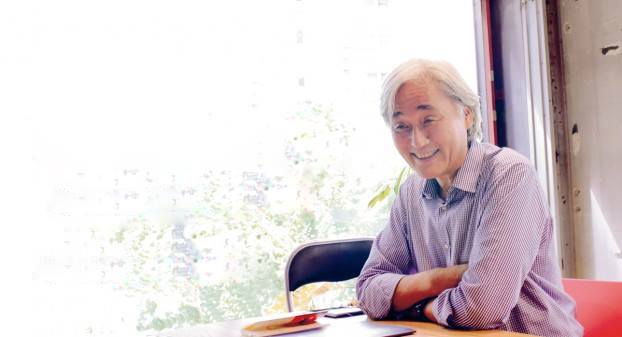 The former Triumph Int’l leader who brought continuous success and profitable sales for 19 years is known as the “legendary leader of great proprietorship”. This is due to his persistence in securing an abundant life, which includes the art of management. He sees profit as the efficient outcome of hard work. His personal lifestyle is evident in his talk. So what does it take for a CEO to succeed? Let’s find out his innermost secrets!

I: In your latest book 『社長の掟』 (President’s Regulation), you talked about trade and the principles of management. It’s definitely a must-read for all business enthusiasts right?

Y: Thank you very much. It may seem that I always imply the president’s role as complicated and difficult but it is not at all. It’s actually simple. The CEO’s performance is determined by his results. If his performance is good then he will have good results and if he’s incompetent then his results will show relatively. In other words, the president’s competence is directly proportional to his company’s growth. The president’s sole mission is how to profit continually.

In addition to that, the CEO’s character is also put into question. The so-called “black companies” (exploitative sweatshop-type employment system) profits by driving their staff to the ground and that kind of growth doesn’t last long. But, if a person does not have what it takes to generate profit regardless of his noble character, then it defeats the whole purpose of business. If I have to choose 3 qualifications of a good CEO that would be: profit, profit, profit. (laughs)

I: I believe generating sales is a basic goal but there are still many companies who aren’t fully established with regards to their CEO’s accurate measures.

Y: That’s right. We still have a limited accuracy rate for Japanese CEOs who have that kind of vision. As a Japanese concept, we tend to focus more on the process rather than the result. We say “try and try until you succeed”. But putting the emphasis on process could be an excuse from responsibility. Some companies achieve growth with principles that are nothing more than profit.

A president has no way out.

I: What should we do then to continually generate sales?

Y: The most important thing is to completely make an effort to pursue an end result. To simply put it, I said a while ago that sales is the CEO’s responsibility but I’m seriously wondering why they can’t implement it forward. They just try to survive and majority of the people are doing it half-heartedly.

If things are not working out then you must try to figure out something else that is better. Try to find any means possible until you reach your goal. You see, there is neither a shortcut or a way out. The recession nor the strong yen rate won’t take you anywhere because they are “ given conditions”. It will just be a waste of time if you try to change these factors. Because in this world there a lot of things that will render you powerless. But you should not lose heart and put the blame on them. Accept the things you cannot change and overcome the things you can. That’s what it means to be a CEO.

More Japanese companies have to be more competitive on their strategies and concept. Using those given conditions, always adjust to the world or present situations and market trends. Make strategic but logical ideas to take the company higher.

The results may not clearly be black and white but you can’t beat around the bush. The CEO is accountable for everything under his care. This may entail a great duty but it’s fascinating as well.

If you want more inspiring insights from another CEO, you can check out the interview with Mr. Seiji Yasabuchi, CEO of General Electric (GE), as he talks about “Why Leadership is the Key to GE Japan’s Success. 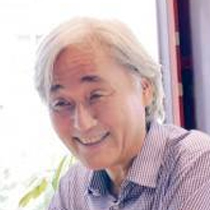