Two hundred thirty-six years, 43 presidents, two world wars, and an internet boom later, America still continues to celebrate and live its independence in true American fashion but now with a slew of apps and software that has advanced freedom in a way generations past have never seen before.

On this Fourth of July, it is only fitting to recognize how freedom, which has been inherited and inculcated in every American since that fateful day of the declaration of Independence, has also catapulted in many ways the startup revolution.
Just as the signing of the independence has shaken and shaped not just America but the world, this unstoppable revolution is driving global development and disrupting many long- standing systems left and right.

Freedom, which was the battle cry of the Fathers of the Constitution, became the defining character of a nation, whose citizens valued, exercised, and protected it with burning passion. It is then no surprise that the technological growth and atmosphere in America also bears this democratic zeal that has produced courageous young entrepreneurs, flourishing tech hubs, and a wide range of startups that caters to the American brand of freedom.

The freedom to express, communicate, create, share, and choose—enshrined in the constitution centuries ago, lives on today in technologies that have redefined the American lifestyle. What could only exist in our imagination and sci-fi movies just a decade ago, we now live on a daily basis with just a tap of a finger.

Face to face conversations with thousands of miles and different time zones notwithstanding? Check. Create and share terabytes upon terabytes of information? Check. Shop through malls and boutiques without leaving the comfort of your couch? Check. The list of unlimited possibilities goes on, thanks to the startup revolution. 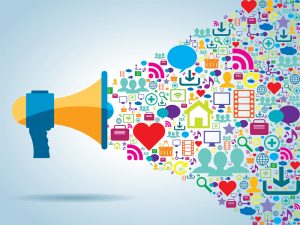 One of the many aspects of freedom is the freedom of speech and communication, which many startup companies have capitalized on, knowing that it is not just a basic right but a basic need. Whether it is in Facebook, Twitter, or Instagram, communication has never been this convenient, far-reaching, and liberating. It is no wonder that it is such a hit not only to freedom-loving Americans but also the rest of the highly self-expressive world.

Today, there are hundreds of startups that continue to change the landscape of communication. The latest social media apps now come with a range of sophisticated features such as location-based technologies Evz-drop, cloud-storage Bloomfire, and  photo-editing platform BeFunky. And sure enough, there are still lots of advancements to come, with blogs, statuses, and photos becoming frequent venues to exercise freedom of expression and communication. 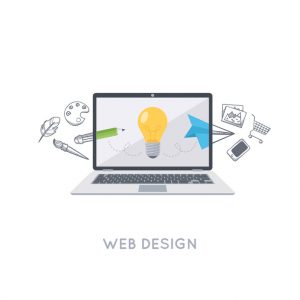 Another means of expressing is creating—may it be music, artworks, theatre, or literature. Fueled by freedom, the artistic human nature will always be finding ways to realize its craft. Though there are continuous challenges when it comes to traditional outlets of arts, the digital platform is making waves with a promising vision. With tech startups, the creation of art has become more imaginative and integrated and has gained more support and attention.
Some of the recent startups help musicians manage sheet music digitally with built-in tuning fork and metronome with neoScores, bring performance films to a larger audience through smart phones and desktops with Ontheboards.tv, and form collaborations between authors and connect them with publishing professionals through Reedsy. There is still a long list of startups developing the arts that is worth to watch out for because as long as there is freedom, art will never run out.

Startups on the Freedom of Choice

A third fundamental aspect of freedom is the freedom of choice. From voting for your preferred candidate during election to deciding what you want to eat for lunch, choice has always been part and parcel of the exercise of freedom. But how can one choose if there are no options? Never fear, for the ever intuitive startups have solved that problem.
Can’t find the right kind of dress for your impeccable style? Shoptiques has over one hundred boutiques’ apparel and accessories to display at your palm. Getting a headache over the many kinds of car insurance and their complicated policies and guidelines? Let the Zebra enlighten you. Want to know the best bands coming for a concert in your area? Magnifi has all the information you need and you can book tickets too. By giving an unadulterated view of the options, these comprehensive and customer- focused startups definitely empower and ensure your freedom to choose.
The technology today has succeeded in breaking boundaries and building bridges in communications, arts, business, and other important aspects of society, all for the love of freedom. But the startup revolution and the inevitable technological revolutions that are still to come would never be, if not for the freedom fought for by the people, behind the American revolution that started it all.

1 thought on “Celebrating Startup Technologies as Catalysts for Freedom”