When a party gets an undesirable money judgment and has grounds to appeal, the main concern is how to prevent the judgment from being enforced while the appeal is pending. This is such a serious issue that for some, the ability or inability to remain in enforcement will determine whether or not they can file an appeal.

Although appeal bonds in California offered by surety insurance firms are the most prevalent type of security employed in almost all the states and federal courts, many appellate practitioners are puzzled how they are underwritten and the circumstances under which they are provided. This article walks you through the foundations of appeal bonds so that you can assist your clients in protecting their assets and ultimately exercising their right to appeal. 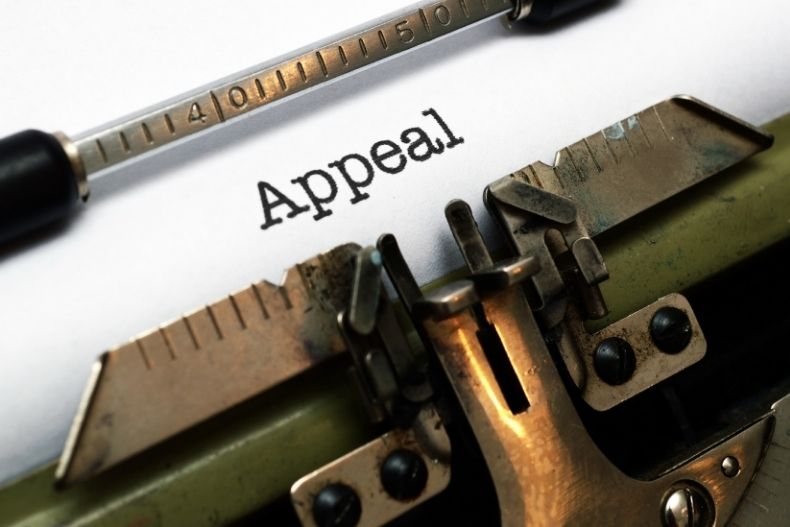 What Are Appeal Bonds, Exactly?

Before delving into the specifics of how to obtain an appeal bond, it’s important to understand what they are and the assurance they provide.

The bond amount in the United States is determined by state regulations, which vary from state to state. The bond covers not only the underlying judgment but also fees and interest during the appeal to a certain amount, which is often between 1.2 and 1.5 times the judgment amount. Appeal bonds in California, for example, must be equal to 150 percent of the verdict amount.

Given that the majority of appeals do not result in a reversal of the lower court’s verdict, the surety submitting the appeal bond is very likely to get a claim. If the premium rates for appeal bonds average approximately 1%, a single claim may wipe out the premium collected on hundreds, if not thousands, of other bonds. As one of my friends puts it, “this is horrible math for anyone seeking a return on their investment.”

The losing party may pursue an appeal with a higher court after a civil court verdict in a California court of appeal. The higher court will only consider points raised in the lower court during the initial trial, and will not consider any fresh evidence. If the lower court orders the defendant to pay a judgment, most of the time they are not required to do so until the appeal process is completed.

An appeal, on the other hand, may take a long time to be decided; in some situations, it may take years. During this time, the losing defendant will be required to pay out-of-pocket expenses to cover legal bills and any other costs associated with the case. Because there is a chance that the defendant will go bankrupt by the time the case is heard, they must deposit a surety bond before the appeal process can begin. The Federal Rule of Appellate Procedure 7 requires the surety bond, known as an appeal bond. It must be paid to the court or a third party to demonstrate good faith and intent to commit to the final losses.

The appeal bond also serves as a safety net bond, protecting the court from frivolous appeals as well as delaying tactics used to avoid payment, both of which cost the court time and money.

A defendant, for example, could file an appeal to postpone payment of a court-ordered sum if an appeal bond was not required. Furthermore, by posting an appeal bond, the defendant guarantees that if the appeal is unsuccessful, the original judgment against them will be paid.

What is the Procedure for Writing Appeal Bonds?

Because of the high risk and likelihood of a claim, collateral in the amount of the bond is usually demanded. There are exceptions to this general norm, and to contemplate giving a bond without collateral, surety insurers examine the company’s or individual’s financial documents to see if the financial strength is greater than the amount required.

If the surety is confident that the appellant will be able to easily pay the judgment (not only today but several years from now when the appeal is resolved), the surety will most likely issue the bond with only the appellant’s indemnification. This is frequently confined to publicly traded enterprises, insurers, major private corporations, and extremely wealthy people.

Another area that appellate practitioners frequently misunderstand is the complexities and options available for securing an appeal bond with collateral. Appellate practitioners must gain a basic understanding to avoid wrongfully dismissing the likelihood that a bond can be secured, and thus the client cannot stay enforcement.

To secure their right to appeal an adverse judgment and stay the plaintiff’s execution of that judgment, a losing defendant needs an appeal bond, required by both federal and state courts. The process entails posting a full judgment including interest.

Because the cost of an appeal bond can be high, it should be discussed early in a case, and defendants are required to post this bond a few weeks after the judgment. Because it will be used to cover any interest or costs that may develop during the appeal process, the bond amount could be much more than the ruling’s value. State regulations govern the amount of the bond, which varies among states. Unlike California, the amount of an appeal bail in Florida cannot exceed $50 million per appellant.

To qualify for an appeal bond, applicants must put up collateral worth 100 percent of the bond amount in addition to an appeal bond premium. This collateral is required due to fewer possibilities of winning an appellate case and is posted with a surety company. The winning plaintiff may confiscate the defendant’s property if the defendant fails to post an appeal bail within two weeks of the lower court’s ruling.

If the appeal is unsuccessful, the bond remains in effect until the judgment is rendered and all accrued interest, fees, and costs are paid, which could take many years. After all, the payments have been made, the bond has been discharged, and the appellant is no longer liable for the judgment.

Choosing an appeal bond broker is similar to how an appellate practitioner would advise a client to work with an attorney who specializes in appeals. The complexities are numerous, and few brokers are intimately familiar with appellate bonds. Fortunately, California keeps some portions of the appeal bond process easier than the other states. We, therefore, recommend contacting a bond agent as soon as possible to discuss the defendant’s financial position. Given the client’s stakes, sound advice and expertise are essential.