The Key to Achieve unparalleled Success in Business 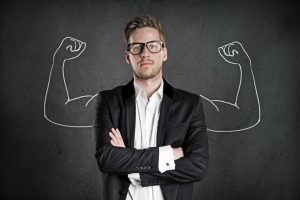 
When we think of the word “businessmen”, the image that pops into our minds are those wearing black tuxedo and tie holding a black briefcase. Our general perception are stiff, grumpy and mean- looking men who are always in a hurry and perpetually busy.
But now, in the social media age, a lot of us are breaking out of the norms and shattering our general perception of what a typical businessman is and how to build a business.

To prove that, there are famous names in the business arena that haven’t even finished college yet. Think Mark Zuckerberg, Bill Gates, Steve Jobs and the list can go on and on; so the question is, what does it take to be a successful entrepreneur?

Do you have to be a straight A student? Is it about having millions of dollars to fund a business? Is it having a bright idea or burning passion? Let’s read what the experts got to say of the determining factors of success:

Grit: An Essential Trait for Entrepreneurs

In a study published in American Psychological Association conducted by Duckworth, Peterson, Matthews and Kelly, the researchers concluded that“grit which was defined as perseverance and passion for long-term goals, is essential as talent to high accomplishment, over and beyond IQ”.

Furthermore, in that study entitled “Personality Processes and Individual Differences”, the findings concluded that “the achievement of difficult goals entails not only talent, but also the the sustained and focused application of talent over time”.

I found the findings of the study very interesting because it showed that success in any field does not depend only on talent or high intelligence but stone- hard perseverance and determination to a specific field.

The entrepreneurial spirit boils down to perseverance, endurance and determination to succeed. And finding the spirit to go on and not giving up in the face of adversities.

On the other hand, in a study conducted by Bloom (1985), it concluded that “accomplished individuals worked day after day, for at least 10 or 15 years, to reach the top of their fields”. It is worth to note that Bloom studied and researched the development of well- known and famous musicians, athletes, mathematicians, and artists of that time.

In that note, based on the study “Personality Processes and Individual Differences”, researchers suggest that “excellence in any discipline requires years and years of time on task”. It means that those who truly excel in their field are those that are willing to devote, commit, and persevere at the task in the face of hardships, difficulties and bitterness.

Bloom stated that the “high achievers possess a strong passion for their craft, desire to attain success, and a willingness to put in great amounts of time and effort”. Furthermore, he stressed that one “must be able to persist in the face of difficulty and overcome obstacles”.

So, the question is, are you willing to put in the time and effort in pouring out your abilities for a single task that is to make your business a success?

So, now, whether you are a businessman or have the inclination to become an entrepreneur, you already know that it takes a tremendous and consistent effort, motivation, perseverance and determination to become a success.

And as you grow as a person, so will your business grow. As the experts proven, the key to achieving anything worthwhile is perseverance. When problems and difficulties come which is inevitable in business, will you take the easy way out or persevere? You hold the answer and you are the key to success of your business. As the popular saying goes, “Don’t give up!”.