Earlier this year, Australian columnist Brigid Delaney wrote a piece for The Guardian entitled I saw a psychic as a lark. But his advice could change my future. Despite being a skeptic, Delaney admits that she was quite curious about a local psychic convention and so decided to make an appointment with one of the psychics.

Following her visit to the psychic, a former news publisher named Severin, Delaney experienced a sort of epiphany. During their appointment, Severin asked her where she lived, only to correct Delaney when she described a house in the country. “No, no. You live in here. Here, in your body,” Severin explained. “You experience life inside the body, your thoughts, and feelings. You control it!” What Delaney took from this is that your feelings can’t be hurt if you decide that won’t be – fantastic advice in a world where outrage culture is all the rage.

Interestingly, Delaney notes that she had seen a psychic once before – one based on Fleet Street, London. This particular psychic was visited by all the top editors and journalists in London, all of whom were seeking advice on where to find the next big story or gain more success in the world of media. 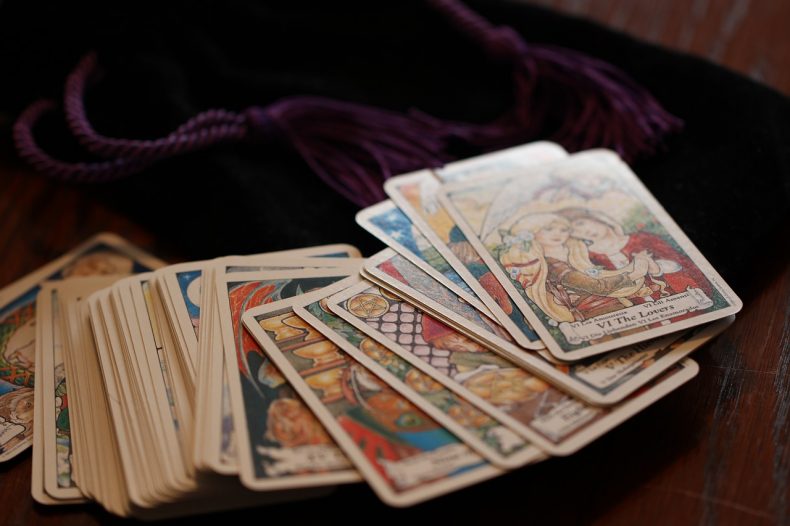 There are similar tales of people from all sorts of different industries visiting psychics, clairvoyants and tarot card readers. You may have heard stories about Laura Day, the Psychic of Wall Street, who tried to advise many of her stockbroker clients to get out of the market before the 2008 financial crisis. If you’ve read Imagine Entertainment co-founder Brian Grazer’s book A Curious Mind then you’ll know of Colette Baron-Reid, an intuitive counsellor who helps those in the real-estate, energy and entertainment industries.

It isn’t just business people who use psychics either. Numerous US Presidents including Washington, Lincoln, Nixon, and Clinton all visited psychics to help them run the country, something that Queen Elizabeth I and former British Prime Minister Tony Blair also did. Celebrities are known to consult with spiritual advisors as well, with George Clooney, Brad Pitt, and Cameron Diaz being just a few stars who have spoken about their visits.

So, what sort of psychic readings do business people, celebrities and even former US Presidents tend to seek?

There are dozens of different types of psychic readings. There are the well-known astrology-based readings that use the zodiac as well as the alignment of stars and planets to conjure answers. These readings are so ingrained in popular culture that many magazines and online sites provide weekly or even daily horoscopes for their readers. Another popular choice is tarot readings, a favorite among many psychics both offline and on websites such as The Circle. Aura readings, crystal ball readings, channeling, cleromancy, palmistry, and numerology are also known to be used by industry bigwigs, with some even using the latter to come up with business and brand names.

Really if you are interested in seeing a psychic it’s best to do your own research and find which sort of reading would be best for your business. If you’re looking to create a clear path, you may want to ask for the influence of tarot, astrology or palmistry. Alternatively, if you just need a little guidance in general, then aura readings and numerology could be the readings for you.