Five Lessons Startup Businesses Can Get from the Documentary Film “Dreamers”

Author: Joanah Gamboa
Being a filmmaker is difficult, but being a filmmaker attempting to successfully produce your work to the world is another story. Such is also the case of businessmen. Starting a business is hard, but putting your business at the top is entirely challenging.
I’ve come to this realization after watching the French documentary film “Dreamers”. As part of this year’s Cebu Business Month celebration and as the launching activity for the 4th Cebu International Documentary Film Festival (CIDFF), a free screening of the film was held at SM Cinema One last June 23. Recipient of the 3rd CIDFF Merit Award Best in Content, the film features several scriptwriters and directors around the world and the tales of their creative journey as makers of film.
“Dreamers” provides viewers a glance of the thoughts of men and women who are passionate about cinema. More than that, it gives me the impression that in a lot of ways, filmmakers and businessmen have things in common. For one, both filmmakers and businessmen take huge risks in turning their idea into something the world can see. Aside from seeing a similarity of these two, I also see the film as bearers of potential lessons that any aspiring businessman can use to take their business ideas to another level. The stories and anecdotes shared by featured filmmakers in “Dreamers” can be good inspiration to starting your own business.
Now I will highlight the similarities of businessmen and filmmakers and raise the points in the documentary film which I think can inspire you to stop being a couch potato and start expanding your idea. 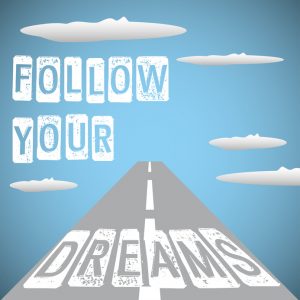 The documentary’s title per se tells us one thing: all people featured in this film are dreamers. The featured filmmakers have dreamed of making films even at a young age. Since producing films is their dream, they strive to achieve it despite challenges and difficulties such as heavy competition and insecurity. On the same vein, all businessmen also started as dreamers. Some wanted to change the world with their business; some simply wanted to get out of poverty; some want to offer a solution to a problem. Whatever the reason, business people work hard to achieve their dreams.
By dreaming, I meant to imagine or form ideas, not slouch in your bed the whole day and wait for a blissful dream to come in your sleep. This is quite a cliché, but this is an accepted truth: everything big started as a small idea that came because you dream of achieving something. In film, before the production of a great and successful movie is an inception of the idea that started everything. The directors have ideas and expanded it into a script that can be turned into a motion picture. The same fate falls in business; an individual has an idea, and he develops it into something utilizable by a huge portion of the populace. For example, multi-million dollar app Uber started as a small idea, conceived one rainy night, as a solution to the existing transportation problems that worsen during rainy season.
Therefore, if you are planning to start a business, ask yourself: is this my dream? Do I really want to do this? Am I achieving my dream if I do this? You are the only one who knows the answers to these questions. After all, you are the maker of your dreams. It also follows that you are the only one who can turn them into realities. If you have dreams of starting your own business, follow them, and as what American novelist Roman Payne once said, “Give everything to make your life as beautiful as the dreams that dance in your imagination.”

Most of the featured directors in “Dreamers” believe that filmmaking is a gift, but some of them believe that it is a gift that needs to be polished. Jacque Audiard, one of the featured directors and the scriptwriter of “Rust and Bone”, shared that just because you have the gift does not mean you can directly make any films. In order to be a good filmmaker, you have to polish your gift, and it usually means hard work and long years. All of them took risks, and look at where they are now. 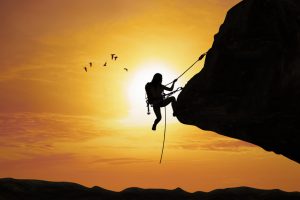 I specifically commend Pan Nalin, one of the featured filmmakers and the director of internationally-acclaimed film “Samsara”. Some of the directors are lucky to have been born in well-off families, but Nalin, a native of India, was not lucky enough to be one of those, so he followed his dream by teaching himself the art of filmmaking. He tried getting formal education in a film school, but due to poverty had dropped out. He took risks by making numerous independent films, and there he realized that the best film school is life itself.
Business flows in the same vein. In business, you also have to take a lot of risks. Successful companies have previously taken big risks in order to put their business in where they are now. If you are a startup, you have to work harder for you to be acknowledged. You have to take bullish steps and fight for your business. At first you will appear incompetent to the eyes of the industry giants and monopolies, but in the end you will be respected and successful if you hold on to your dreams and convictions. Just like Pan Nalin, do not be afraid to take risks, and most importantly, do not be afraid of failures.

Acclaimed author Oliver Wendell Holmes, Sr. once said, “I find the great thing in this world is not so much where we stand, as in what direction we are moving.” This rings a lot of truth relevant today, especially in business. In fact, one of the first few lessons taught in business classes is making a mission-vision statement. This is to create a guide for your business to help you see the direction it is going.
If you will examine closely, existing organization and companies have their own mission and vision that guide their company and help them reach the apex of success. You can also tell a lot about a company by reading its mission, vision, and objectives. Thus, before making your business official, make sure that you have defined its goals or objectives. To reiterate, this is to help you determine your direction. Also, make sure that your goals are attainable and specific. 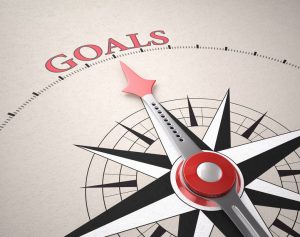 The featured filmmakers in “Dreamers” shared their reasons for making films, and most of them answered that aside from it being their dream, they have stories to tell and ideas to share to the world. These reasons are the forces that propel them to continue creating films in varied genres and themes. How about you, what are your reasons for starting a business? Why do you build such business? What do you want to achieve? We have already written an article about the importance of determining the reasons for starting a business. To have a greater grasp on this, visit our related article here.

In filmmaking, script is not static; it is improved along the way. Jaco Van Dormael, one of the featured directors in the film, mentioned that in the course of producing a film, a script can be changed multiple of times. A script undergoes four stages of editing: during its writing, during the production, during the editing, then during the screening, where people have their own interpretation of the film they have just witnessed.
It also follows that business plans are not static. Businessmen also acknowledge the importance of changing plans and tactics, that’s why there is this thing called contingency plan. In management, there is also this type of plan called “directional plans”. These are plans that set out general guidelines and provide focus yet allow discretion in implementation. Most businesses, especially the newly-established ones, use this type of plan in order to adapt to changes that may come along the way.
As a startup business, you also have to be open to changes. True, you may have defined your mission, vision, and objectives, but even these can be changed along the way. As you have grown and seen the movement of the market, you have to change to adapt. If you do not open to changes, you may be left behind or you may not grow at all. Don’t be afraid of changes. Always remember that perfection does not come in your first try, that is why you have to learn and keep changing. 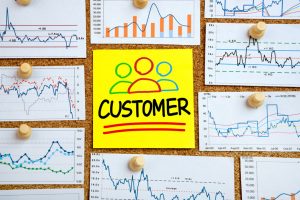 most important points raised in the documentary is this: movies don’t actually live in screens, but in the minds of the people. As I have mentioned above, there are four stages of editing the script – wherein the last one involves the audience. Filmmakers around the world have acknowledged the importance of their audience, for who will watch their work if there are no audiences? Audiences are important in a lot of ways. For one, they can help raise revenue; second, they can also be a way of advertising, especially if they like your films.
Such is the case of business. The audience, or the target market and customers, play a vital role in its success. Policies such as “customers are always right” exemplifies that business have put great importance to customers. As a startup, acknowledge the importance of your target market. Your business is nothing if you don’t have customers, therefore make connections to your customers. Be friendly to them. Offer promos or create events that can put you in the map and can increase your connections. Lastly, be true to what you offer and deliver what your business offers. In this way, you can get the most important aspect of a customer –trust.

Being a filmmaker is difficult, but being a filmmaker attempting to successfully produce your work to the world is another story. Such is also the case of businessmen. Starting a business is hard, but putting your business at the top is entirely challenging.

Disheartened by the hardships they might encounter upon pursuing their dream and governed by the principle they call practicality, some aspiring filmmakers and businessmen abandoned their passions and followed convenience. There is nothing wrong with pursuing the convenient, but if you killed your dream for fear of failure or for assurance to earn, you might end up regretting your decision. You might end up wondering the what-might-have-beens. Worse, you might end up not doing the thing you dreamed and loved the most. Whereas, if you take the guts to follow your dreams head-on, the chances to succeed are high, especially if you put determination and hard work in everything you do.
These are the similarities of business and filmmakers. Further, these are the lessons you can get from the documentary film “Dreamers”. Now it is up to you to put them into use. Remember, the world needs dreamers who act. If you are a dreamer who does not do a thing about your dreams, then you are not a dreamer; you are a fool –a person looking for a needle he lost in the dark in a place where there is light.

2 thoughts on “What Startups can Learn from “Dreamers””