Search engine marketing and social media marketing are two fickle-minded folks who just can’t seem to decide what they want. One day, they swear with all their hearts that they’re your most devoted allies; the next day, they’re off at the pub, boisterously laughing with your biggest foes. They just can’t make up their mind!

But not email marketing.

Email marketing is your brand’s cheerleader, staunchest supporter, and even event planner! It will stick with you no matter what. To drive home the point, eMarketer found out in their 2014 statistics that email marketing is the most effective way to retain customers. Not to mention that email is almost 40 times better at acquiring new customers than Facebook and Twitter.

The problem though is that many marketers take email’s superpowers for granted. It’s not a surprise for it to be put on the back burner, while social media, SEO, or a website redesign gets the largest portion of the marketing budget pie.

If you’re still on the fence about adopting and implementing a solid email marketing plan for the next few months, the following data-backed reasons might help change the way you treat the old yet trusty email in 2016:

Data-Backed Reasons Why Email Marketing Will Be Big in 2016

Prospects and consumers love getting emails!

A whooping 72 percent of Americans prefer email as their main means of communication; 61 percent of them would be delighted to see promotional emails on their inbox. If it’s what they want, give it to ‘em!

Why hang out on Facebook when your posts are reaching a measly 2 percent of your target audiences? While you’re frantically figuring out your next funny tweet, the competition is cozying up and building rapport with your audiences on their inboxes.

Simply put, email points your customers to the rest of your marketing campaigns, may it be on through social media integration or directly to your website. It steers them into the direction of your content, contests, or promos!

In 2010, Chris Lake of eConsultancy wrote about email’s burgeoning role as a glue that binds social media together. “So rather than replacing it, the two will work hand-in-hand and complement each other,” Lake predicted.

Four years later, he absolutely nailed it! A 2014 case study revealed that people who received both promos in their inboxes and have seen the same Facebook ads were 22% more likely to purchase than those exposed only to email.

Mobile and emails are BFFs.

Your inbox is undoubtedly an extension to your smartphone. Consider the 75 percent of Gmail users who access their accounts on mobile devices. To further prove mobile and email’s undying support for each other, the Litmus team revealed that their email open rates skyrocketed to 500 percent in the last 4 years.

This trend is what marketers should focus on rather than other campaigns such as SEO wherein animal-themed updates gets everyone scrambling in panic.

Of course, no one wants their inboxes filled with unsolicited offers ala the annoying sales guy archetype. These days, the old-fashioned ways of marketing, wherein you interrupt your prospects and customers such as TV ads are far from giving you favorable results.

Take the Benchmark crew for example. They did a wonderful job of creating list builders, autoresponders, surveys and polls to build a loyal fanbase that gets into the nitty-gritty of your target audience’s needs and preferences. Permission-based email marketing at its finest!

There is no arguing the point that email marketing remains a strong ally for brands whose goal is to initiate meaningful conversations with prospects and customers, and consequently boost revenues.

The question is, what are you doing now to elevate your email marketing strategy? 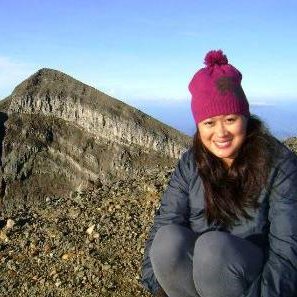