In times of uncertainty, there are a lot of ways that people find the means to still earn a living. Many people invest and do business, and one of the go-to investments is gold. 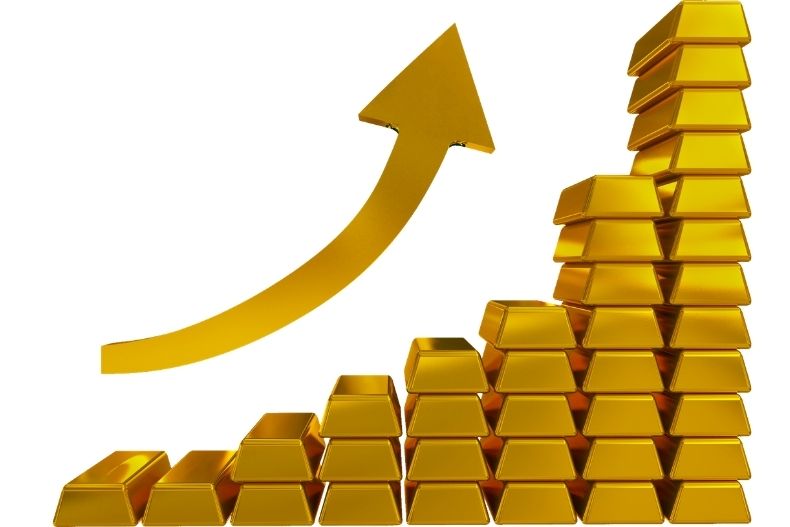 How investing in gold works

Investors can invest in gold by exchange-traded funds, buying stock from gold miners and companies associated with it, and buying a physical product. The professionals behind CMI Gold & Silver say that the business of buying, selling, and trading all popular forms of gold is a good option to go for.. These investors have many reasons as they do the methods to make those investments.

Some argue that gold no longer holds the monetary qualities of the past since, in modern economics, paper currency is the money of choice. They believe that the only benefit of gold is that it is a material used in jewelry. However, there are those who believe that gold is an asset as it has various unique and necessary qualities that make investors take a risk on it.

In times of uncertainty, gold has a history of preserving wealth in an economic situation where investors are faced with a declining US dollar and rising inflation. In both scenarios, gold has served as a hedge as it offsets potential losses that may be incurred by the investors.

Advantages of investing in gold

In a situation that there is rising inflation, gold typically appreciates. When investors start to see that their money is losing, they position their investments in a hard asset that traditionally maintained its value.

Unlike other forms of assets such as paper currency and coins, gold has maintained its value over time. People value gold as a way to preserve their wealth and pass it on from one generation to the next. Since ancient times, people considered gold as a valued and precious metal.

US dollar is considered the world’s most important reserve currencies. However, when its value falls against currencies, as it happened between 1998 to 2008, people go back to the security of gold, which gives rise to gold prices. The price of gold even nearly tripled during the time between 1998 to 2008, reaching the $1000 per ounce milestone in early 2008 and it also nearly doubled between 2008 to 2012, with around the $1800 to $1900 mark.

Historically, gold has been excellent as a hedge against inflation. This is because its price usually rises when the cost of living increases. Over the years, investors have seen that gold prices sky-rocketed, and the stock market plunge during years of high inflation. When the flat currency loses its purchasing power to inflation, gold usually is to be priced in those currency units. Eventually, it tends to rise along with everything else.

People are usually encouraged to buy gold whenever they see that their local currency is losing value because they see gold has a good value.

In previous years, developing countries have been experiencing increased wealth and it boosted the demand for gold. Many of these emerging market economies intertwined gold into their culture. Among investors, there is an increase in demand for gold as well. Many are beginning to see commodities, gold specifically, as an investment into which funds should be allocated.

Disadvantages of investing in gold

While gold has a lot of potentials to increase its value and has its many advantages as discussed above, there are also additional costs and risks in investing in gold. In order for you to better see a grasp if you want to consider investing in gold or not, below are some of the downsides of investing in gold that you can take a look at:

There is no current income when investing in gold. Compared to stocks or real estate, it does not have dividends or rentals where investors can claim their investment rewards without requiring them to sell their assets.

A factor that leads to a lack of investment in gold is storage. Physical storage of gold in large quantities is relatively risky and also expensive.

Although a gold investment may be in the form of a certificate or an account with which an owner does not need to store the physical gold itself and just represent it at a later time, there is still doubts if such a form of gold investment is equally reliable in case of a system breakdown.

As seen in historical returns, there are 20-24% gold returns in the past 5 years but only 7-8% returns in the past 30 years. This shows that gold was able to beat inflation which is only equivalent to investing in a fixed deposit than actually being able to provide huge returns. It shows poor real inflation returns comparing to shares or real estate. A difficulty in terms of gold’s growth terms is that the market itself is highly evaluated. After having a great run in the past 5 years, it is common knowledge that the value of investing in gold takes away a lot of opportunities.

The value of gold’s growth depends on the fact that someone will pay for it more. Until it is sold, gold appears absolutely nothing as an asset. Gold is not readily exchanged for goods or services. To put it simply, if you are in a store with a bag of gold coins, you cannot exchange it for a product like a TV, but you’ll go home with the same bag of gold.

Debates are continuously happening over these advantages and disadvantages of investing in gold, mostly because it is still quite unclear how the value of gold might change. However, it is worth noting that historically, it really maintained its hedge against inflation and attrition of major currencies. It may also be worth considering as an investment.