The progress of the ASEAN integration presents multitude of opportunities and advantages not only for local businesses but also for foreign businesses that is eyeing expansion in Asia. Not dismissing the fact that the Association of Southeast Asian Nations (ASEAN) integration has and will have economic impact to local and foreign companies doing business in the Asia- Pacific region. 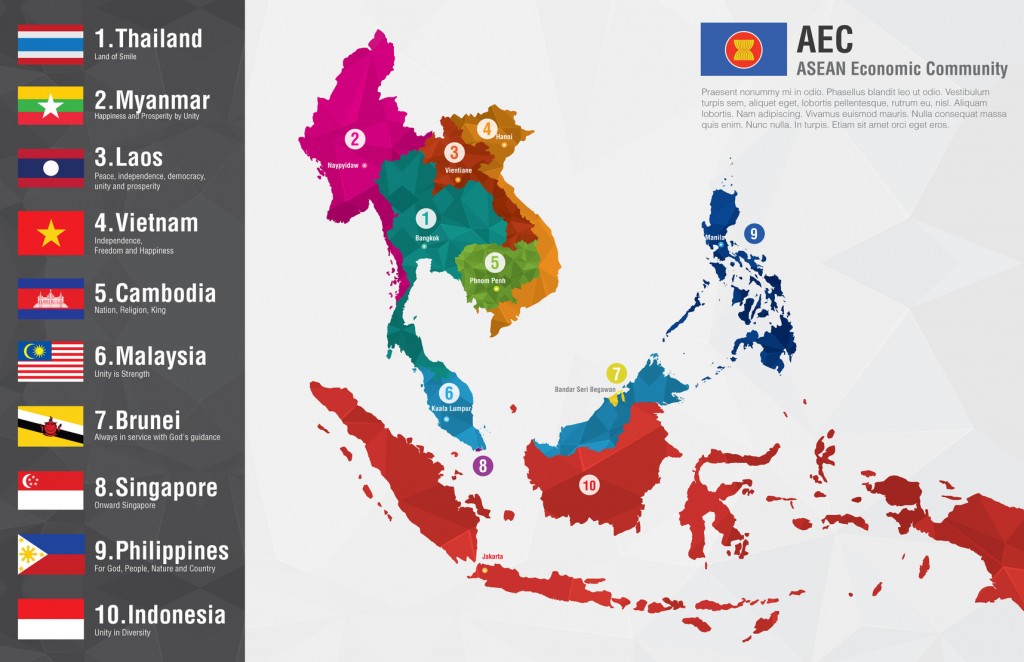 In 2007, ASEAN has convened to form the ASEAN Community in 2015, of which its four main goals are: Single Market and Production Base, Highly- Competitive Economic Region, Equitable Economic Development, and Integration into the Global Economy.

Based on the International Monetary Fund (IMF) Regional Economic Outlook (April 2014), the report highlights ASEAN is a rising and promising region in the world with its population of 616 Million people. ASEAN integration will fuel growth as the market will be larger, and the 10 member countries, acting as one unified ASEAN, have a stronger voice in the international community.

Trading in the ASEAN: Building a single production base

Based on the strategic schedule of the AEC Blueprint (2008- 2015), one of the main goal is the Single Market and Productio Base, determined by the free flow of goods, services, investments, capital and skilled labor.

In the ASEAN Integration Monitoring Report published in 2013, in terms of free flow of goods, the “intra- ASEAN elimination of tariff protection has been achieved by Singapore and Brunei. Thus, the elimination of tariffs on all products has been in progress since 2010, but not all ASEAN countries has achieved it so far.

On the other hand, Philippines has current trade agreements with ASEAN, WTO, and APEC. Dr. Ceferino Rodolfo, Assistant Secretary of Department of Trade and Industry (DTI), said that “Philippine exports to countries that it has signed Free Trade Agreeements (FTA) with. One of the top trading nations which imports from the Philippines is Japan which accounts for 21.3 percent (2013 statistics), he said.

He said that Philippines should follow the aggressive actions of Vietnam in terms of trading with other countries such as Europe, US and the ASEAN.

Local small and medium- sized enterprises (SMEs) can take advantage of the ASEAN integration by thinking global or how to export, trade and do business in other ASEAN countries or how to expand in Asia. EU will also be focusing its trading in ASEAN.

With the Financial Services Liberalization, there will be an entry of foreign banks and access to new financial products. And in terms of Capital Account Liberalization, intra- ASEAN investment flows will be easier.

“If you’re an investor of stock exchange, it will be easier to invest to other ASEAN countries. And the rules on foreign bank entry are now further liberalized,” said Wilhelmina Manalac of BSP (Central Bank of the Philippines).

On the other hand, AFIF goal of Capital Market Development, includes linkages of equity exchanges and cross- border equity transactions. While the goal of harmonization of payments and settlements system will lead to an efficient and convenient electronic payments for business.

According to the “World Investment Report” by the United Nations Conference on Trade and Development (UNCTAD), Southeast Asia has a total of $132.867 Billion of Foreign Direct Investments (FDI) inflows for the year 2014. According to the UNCTAD report, Singapore has the highest foreign investments with a total of $67.523 Billion. In terms of FDI, it is followed by Indonesia with $22.580 Billion, Thailand with $12.566 Billion, Malaysia with $10.799 Billion, and Vietnam with $9.2 Billion.

Summarizing the UNCTAD report is an infographic below showing the statistics of Foreign Direct Investments in Northeast and Southeast Asia.

ASEAN member, Philippines, has enacted Republic Act No. 10641 where entry of foreign banks are allowed and legalized. The law removes specific limits on the number of foreign bank, re- opens the three modes of entry, and also allows up to 100 percent foreign ownership in an existing bank and a new banking subsidiary. 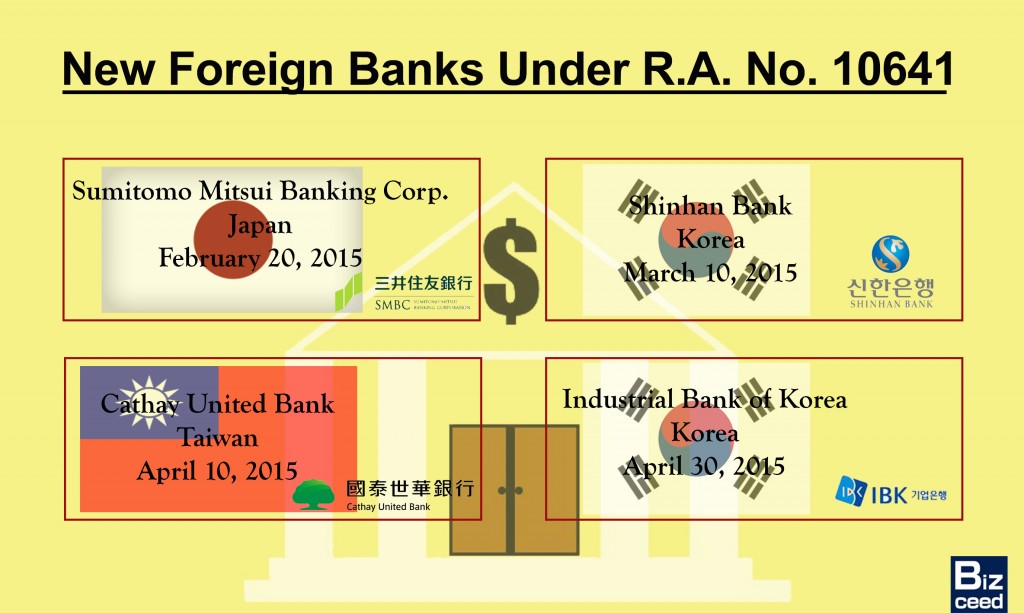 With the recent developments in the ASEAN Community, there’s still a long way to go for the ASEAN member countries towards a full integration. Moreover, ASEAN community has to implement a bottom- up approach so that local SMEs and also startup companies, and also foreign, established businesses can reap the full benefits of the ASEAN integration.

3 thoughts on “What is the Impact of the ASEAN Integration to Business?”