Have you ever tried on a pair of smart shoes before? If not, and that’s the most likely case, then fear not. You might soon, and it will be thanks to MbientLab. It is a relatively new company that’s just starting to make waves, but when they do, they deliver.

Started in 2013 by one Laura Kassovic, the startup is doing everything they can to offer powerful and innovative platforms. Their services aim to make connecting devices to Smartphones simpler than ever before. Laura and her team possess a strong passion for engineering, as well as combined years of industry experience. In short, they are more than up for any challenge.

Laura Kassovic officially started MbientLab in July 2013. Long before that, she spent her time as a hardware engineer at Intel, although she would ultimately leave after five years to forge her own path. Uncertain of what the future had in store for her, she took a year off before ultimately deciding to establish MbientLab. The establishment was partially prompted by the rise in popularity of technologies like Smartphones and Bluetooth, as well her desire to create her own products. Despite her knowledge and experience, the journey has been anything but easy.

In the two years or so since the start of the journey, Laura has acknowledged that there are some things that you just don’t do. From her own experiences, sticking too far from what you know best is a surefire way towards failure. Not only is the process of making certain products that are beyond your usual range of expertise very difficult, but you may end up creating something that people simply do not want. In short, Laura has learned a very valuable lesson: keep it simple.

Most of the company’s devices are ambient ones. They can exist on an individual–without that person really noticing–whilst providing valuable data at the same time. Those types of devices are the ones that interest the team the most. Everything around humans are slowly becoming ‘smart’ although humans themselves don’t have to be explicitly aware of it. A device may not glow or have a screen, but it can still be smart.

Among the innovations that MbientLab has put forth are their sensor platforms. Small and versatile enough to be placed inside virtually anything – ranging from hockey pucks to tennis rackets – sensor platforms are capable of analyzing moves. The data gathered by the sensor is then transmitted to a smartphone for one’s personal use. The company has gone as far as to engage in the creation of the aforementioned ‘smart shoe’ product, where the sensor platforms were placed inside the shoes’ sole. The smart shoe would then gather data, such as a person’s pedometer data and posture.

One of the things that helped MbientLab was Kickstarter, the popular online crowdfunding platform. Laura and her team have made use of the platform three times, eventually forming a positive working relationship with the Kickstarter group in New York. Laura believes that there are several factors that go into a successful Kickstarter campaign, which includes the timing of said campaign’s launch; the type of product being presented and the message that the would-be receiver provides for the campaign.

There have been several opportunities for innovation as far as the company is concerned. At one point, a Canadian hockey team wanted to put sensors in their hockey pucks, for the purpose of seeing just how far they can go on the ice or how hard they can be hit. Another opportunity involved MMA, with specialized gloves that could determine the scale and intensity of a fighter’s punches.

Due to the near endless possibilities that their products represent, it comes as no surprise that other companies taken notice. One company, Movement Interactive, has utilized the technology innovated by MbientLab to create concussion detection headbands. These items are meant for children who play soccer and football. They are worn under the helmets and are used to detect injuries caused by the games. Another use, which Laura herself admires greatly, is the placement of sensors on belts to help detect improper posture. 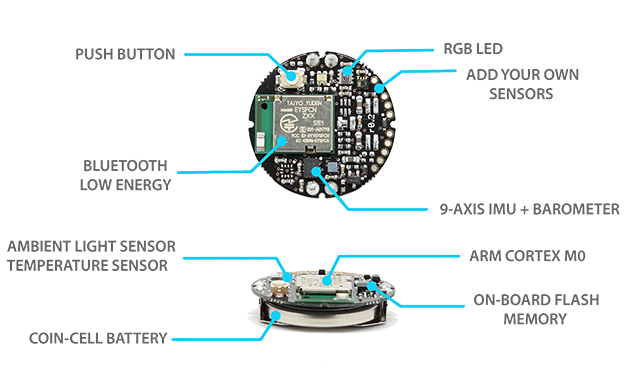 Although the bulk of the company’s projects thus far has involved helping others create their products, MbientLab has begun to work on their own. Considering the love of mountain climbing that Laura and her team has, one of their goals is to create a rock climbing wearable. They envision it as something that is worn on a belt which can provide a myriad of data, including how high you have climbed, how often you might fall, the amount of force exerted on a rope, and various more. The planned name for the product is ‘Whipper.’

Laura and her team all live, eat, and work in the same area. Such close proximity has led to a level of closeness that many would find impressive, but in truth, their bond runs deeper than that. The fact remains that all of them got their start in the same place: Intel. Laura was the first of them to depart, kicking off a chain reaction that would eventually lead towards their current reality. One by one, they would follow her lead, becoming MbientLab’s co-founders in the end.

Their history and overall closeness has been quite beneficial to their work. After all, a good grasp of your team’s individual and collective strengths and weaknesses can only mean great things. The great minds behind MbientLab have been able to operate in a certain way that would not be as possible or helpful in a much larger company. They have no manager amongst themselves; they are equals. As similar as they may be, they also possess unique qualities which makes their team incredibly diverse and interesting.

Advice for the Next Group of Entrepreneurs 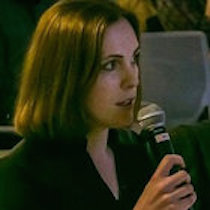 Laura’s experiences have taught her well. If there was anything she’d impart to others who have yet to embark on their own journeys, it would be this: don’t be afraid to ask for help. By starting on her own, Laura experienced all the difficulties first hand. By virtue of her company’s slow but steady growth in terms of manpower, all the help she could ever need became more and more accessible.

Even if those starting out don’t have entire teams at their disposal, Laura proposes a smaller yet effective solution: have a partner. When one person is down, there has to be another one to help the first up back up. That’s what partners do, after all. It only grows from there.