If accounting and bookkeeping worked perfectly all the time, we would never have reconciliation discrepancies. We might not even have to reconcile accounts if we could be sure that all the entries were correct all of the time. But unfortunately — that’s just not the reality.

Reconciliation in accounting is the process of comparing two sets of records to make sure they are correct and in agreement. It’s how we confirm that the account balances in the general ledger are complete, consistent, and accurate. And because accounting still needs humans, and because technology isn’t quite perfect, discrepancies crop up that we need to resolve.

Most reconciliation discrepancies fall into one of four categories:

Let’s explore these in more detail, and how you can detect and fix them. 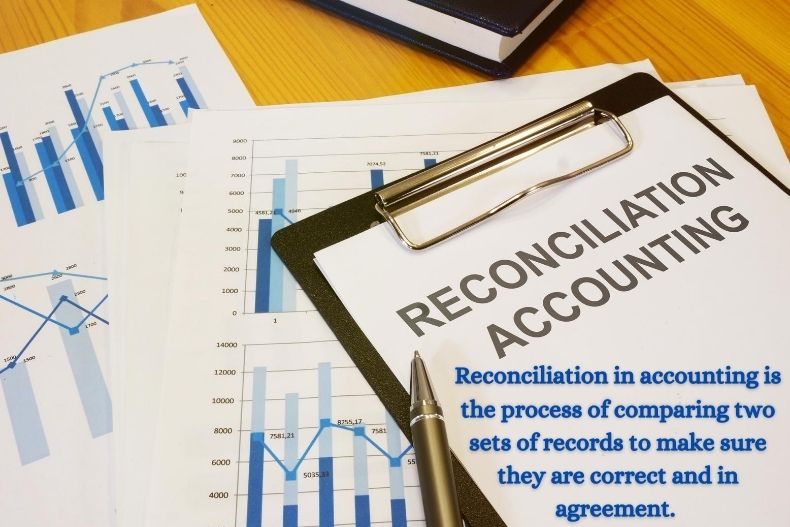 This happens when a deposit or a payment in your accounting system hasn’t cleared the bank yet. Years ago, when checks were the main method for paying vendors or employees, timing differences were a much bigger issue. Checks had to be physically transported from one bank to another before they could clear an account, and, depending on the distance between banks, that could take a week or more.

We still have timing differences, but not quite so many. With electronic payment transfers, desktop check scanners, and mobile deposits, payments clear in hours or days instead of weeks. When they do happen, they’re frequently clustered around the end of a quarter or year, when everyone is scrambling to get things paid by the end of the period.

Maybe a check got cut late on Friday, June 30, but it didn’t make the outgoing mail until Monday. That check hits cash in the accounting system on June 30, but won’t appear on a bank statement until July. Checks can get lost in the mail, or stashed in a drawer for safekeeping to be forgotten. Outstanding checks almost always clear on the next bank statement, so you just need to check them off as they show up.

If it’s a deposit, the check might have arrived in the mail December 30 and was posted as a payment that same day, but the bank might not record it until January 2. Like outstanding checks, deposits in transit generally show up on the next bank statement.

Mistakes can arise at any point in the transaction. Maybe the person keying in the transaction transposed digits, or typed the wrong number (Hint: if the discrepancy is a multiple of nine, it’s likely a transposition).

Maybe the spreadsheet used to calculate an adjustment had a formula error. Perhaps the transaction hit the wrong account. Or the debits and credits in a journal entry got reversed (this is why it’s a good idea to check the GL balance after you post an entry). A customer payment might not be credited to the correct invoice. Sometimes the wrong items get matched in a previous reconciliation and throw things off for months until the original error is fixed.

Or, if you don’t lock down prior periods, transactions from prior periods might get accidentally modified or deleted since the last reconciliation. New entries might show up. I’ve seen this happen when a business owner adjusted invoices in QuickBooks without the bookkeeper’s knowledge, so accounts receivable and equity never rolled correctly.

Mistakes can be external also. Banks sometimes make mistakes. For example, a check is written for $480, but the bank reads it as $450. Things can go wrong with bank feeds, resulting in duplicate or missed transactions.

If you’re lucky, there’s only one mistake in a reconciliation that you have to track down and fix. But when there are multiple errors that almost, but not quite, cancel each other out, finding those mistakes can be like looking for a needle in a haystack. This is where you need lots of patience, and to pull out your eagle eye, looking at the details. Stepping away until the next day, or even for a few minutes, can give your brain the reboot it needs to locate the issue.

There are some transactions that you won’t know about until you get the statement or update the bank feed. Bank service charges, check printing fees, credit card interest and fees, and electronic deposits are examples of these. These are usually easy to spot on the bank or credit card statement, and are easy to fix by recording the missing information, ideally before you start on a lengthy recon.

Sometimes the omission happens on your end. No matter how diligent your accounting team is, sometimes an entry or two just slips through. If this seems to be a regular occurrence, maybe the person needs some extra coaching.

This is the one that business owners fear most of all. And, unfortunately, fraudsters have more creative ways to do this than business owners can keep up with. Here are just a few:

Clever fraudsters cover their tracks well, so fraud can be hard to spot with just a superficial glance at a bank rec, and may not show up in any accounting reconciliation. Even auditors have been known to miss these. But if something looks off, it’s well worth investigating.

The best defense against fraud is prevention. Segregation of duties with mandatory vacations is the first thing every company should implement, to the extent possible. Just knowing that someone is carefully reviewing bank and credit card statements and reconciliations and is keeping a close eye on business assets can be enough to deter most fraudsters.