Passion is something that many people have and just as many are willing to do whatever it takes to discover what would drive them towards such feelings. Unfortunately, not everyone knows how or where to begin. It can be quite frustrating to try and find something but fail due to a lack of knowledge and direction.

This is the problem that Rena Wang seeks to eradicate with PIQ Pass, a business for those who are interested in learning varied things and discovering new interests. By offering online classes on a myriad of fields, PIQ Pass can help make the search for the aforementioned new interests a lot easier.

“The motivation behind my business is to ultimately help our users discover their passion,” Rena revealed, “The whole concept is to help consumers save money whilst enriching their lives. We also plan to launch a product for children in the future where we will donate free passes to youth organizations in Canada to aid marginalized children gain access to classes and activities.”

Some people have spent most of their lives dreaming up the kind of products and services that they will someday unveil to the world. For some people, it just sort of happens, whether they initially wanted it or not. Rena was definitely not the former, but her odyssey to where she currently stands began with bitter misfortune. “I never imagined I’d be an entrepreneur,” she admits.

“I got into an accident in early 2015 and rendered myself disabled; I was unable to go rock climbing and skiing, which are two of my favorite activities in the world. Frustrated with sitting around all day, I looked for something to preoccupy myself and realized there was no easy or economical way for me to pick up new hobbies.”

Her foray into entrepreneurship, she maintains, was just a stroke of luck. The idea of her business stemmed largely from her then-frustrations with her unfortunate predicament. Fortunately for Rena, she was not alone in her struggle and the support of her family was never far behind. 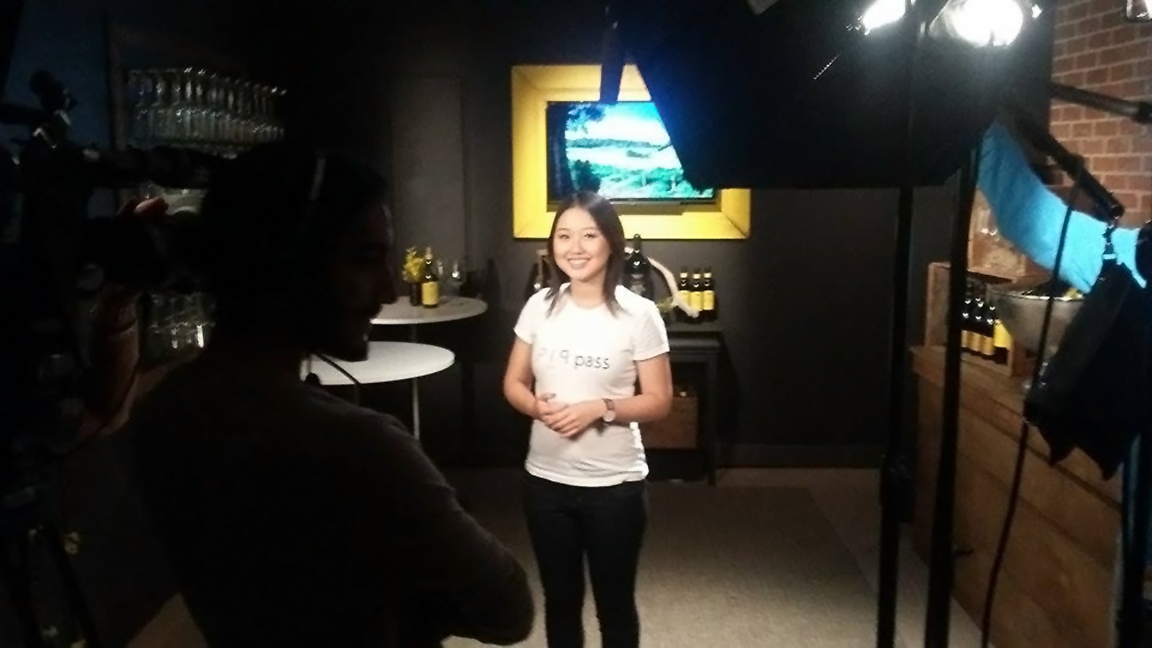 Rena reveals that her biggest influence is her mother. “Despite being very traditional and expecting me to become either a lawyer or a doctor, she’s been so supportive throughout this transformative process.”

After landing a management consulting job, her family had been quite relieved that she had gotten a job right out of school. After throwing it away for a shot at becoming an entrepreneur, concerns arose regarding how she would be able to support herself.

“I was extremely surprised when my mother, an investment banker herself, decided to support my endeavor.” Rena’s mother was not only supportive, but also incredibly understanding about the difficult road that lay ahead of her daughter. “She noted that, for better or worse, this is a learning experience.”

“The transformation of ideas into products is really just dedicating yourself to it and setting out to make it happen.” Clearly Rena Wang does not lack for any self-motivation and determination. Beyond that, the PIQ Pass founder recognizes another important factor that can turn any concept into reality: the right team.

“I got really lucky in knowing that my co-founders have the right skills in order to bring our vision to life. They are experienced in their respective fields, providing the necessary expertise to help in the execution of our goals.”

PIQ PASS: THE PRESENT AND THE FUTURE

At this point, PIQ Pass has yet to move past its beta phase in Canada, but future expansions are already being planned.
“I see PIQ Pass as a one-stop shop for every person who wants to learn new things and take up new hobbies.

“We have plans to expand quickly into the U.S. and Europe in the future,” Rena comments on her somewhat general view of their future. When asked about something more specific, she replied: “I see PIQ Pass as a one-stop shop for every person who wants to learn new things and take up new hobbies. We aim to be in at least ten cities by our fifth year mark, providing over a million classes to users worldwide.”

“As a new founder, I felt like everything I did was wrong,” a sentiment that many no doubt echo. “I spent a lot of time reading to make up for my lack of experience.”
As an entrepreneur, you have a finite amount of time and an infinite number of things to do. I could have spent my time better on operations and management as opposed to fundraising.”

She also speaks about her experiences with fundraising and offers a word of caution. “In the beginning, I thought raising angel rounds will validate the business, so I spent a lot of time fundraising. As an entrepreneur, you have a finite amount of time and an infinite number of things to do. I could have spent my time better on operations and management as opposed to fundraising.”

Rena believes that culture comes from the top down. Fostering a good one means envisioning what the company should look like starting maybe with ten employees to a hundred and even a thousand. It also means devising ways on how to build it up to that point.

Major endeavors often come with its own unique challenges and it comes as no surprise that several hurdles have already attempted to stall PIQ Pass’ progress. “We’ve grown to over sixty partners, offering everything from cooking classes to MMA.”
It is difficult not to admire the growth that has happened in just five months’ time. “We’ve recently went on Dragon’s Den’s Next Gen Den to pitch PIQ Pass. We’ve also reached over 300 subscribers to our waiting list.”

With that being said, it is only a matter of time before PIQ Pass achieves yet another epic milestone. “We are really excited about launching our open beta in January. We just want to get people on the website, trying new things, and discovering their passions in life.”

Now that she’s in a position to talk about her recent success, Rena also had something to say to those who may be in need of some guidance.

“My advice to millennial entrepreneurs is to just do it,” she says, “Forget the naysayers and the people telling you the million reasons why you can’t; just focus on the reasons why you can. You are young, have few responsibilities except to yourself, and possess the ability to put in 100 hour weeks. I did pursue the corporate path before and I know that by being an entrepreneur, I’m not closing doors; I’m simply opening new ones.”