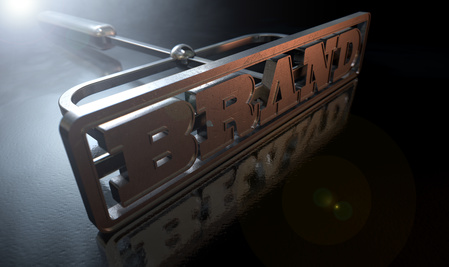 How would you feel if you suddenly heard your song being used in an advertisement for a popular mobile brand without your permission? “I’ll see you in court” is an apt response, which was also what Trademark Factory CEO Andrei Mincov’s father said to the radio station that unlawfully aired the commercial.

At that time, Andrei had no idea what intellectual property really was nor did he know what to do in the courtroom. “The biggest problem was that there was no Google back then so you couldn’t figure this on your own,” he admitted.

It took him several years fighting the case but he never gave up and eventually he won just one level down from the Supreme Court of Russia. He then went on to work for a huge law firm and did intellectual property work for some of the biggest clients in the world like Microsoft and Apple, to name a few. But 8 years ago, he decided to scratch all that and restart everything in a new country.

When Andrei moved to Canada with his wife and daughter, he had to go back to law school. He got his lawyer license only to realize that nobody wanted to hire him as a lawyer and that’s when his entrepreneurial journey really began.

Reading “Rich Dad, Poor Dad” made it very clear to him that employment income was the most insecure type of income. He knew that if he wanted to continue being in the industry he was very passionate about, he had to build something of his own.

He came up with idea of Trademark Factory because he wanted to create something that had never existed before for business owners in Canada or anywhere in the world. “We are the only firm in the world where licensed lawyers and trademark agents will help you register your trademarks with a free comprehensive trademark search, for a single all-inclusive flat fee, with a 100% money back guarantee.”

Six months ago, he had to sacrifice his lawyer license because it was legally preventing him from scaling Trademark Factory to a truly international level. “Looking at my business model, I realized that I don’t have to be a lawyer to be able to scale Trademark Factory so I gave that up.”

Andrei has experienced a lot of difficulties especially since they’re still going through the growth stage. The biggest difficulty he had was realizing it wasn’t about being a good lawyer but rather being able to make a point to prospective customers and explain to them why they should use his services rather than choosing somebody else.

At that time, the money he had brought with him when he moved to Canada was running out. Starting a business especially when you have no experience building businesses with no connections was very challenging. Still, Andrei believes these challenging years are the most rewarding years of his life. “I’ve never been this excited about living it and going from day to day seeing how the whole thing grows and how my ideas become a reality.”

As for milestones, the biggest one for Andrei was the realization that he could leave for a couple of weeks for a conference and see that his business is functioning even without him being physically present.

“Right now we’ve built so many amazing proprietary systems on the backend and I have such a good team,” he remarked with pride. “We get clients from all over the world, we help them protect their brands, and I don’t even have to be there to make sure that everything has been taken care of. That’s the biggest achievement so far.”

Andrei reveals that Trademark Factory has just added European Union trademarks to the menu of what his firm can do for business owners. And as that unrolls, they’ll be adding other countries by partnering up with lawyers and law firms around the world.

“The great thing about it is that local firms don’t even have to necessarily be able to provide the guarantees or the flat flees directly to their clients. We have our internal systems and processes that allow us to use legal minds—the best legal minds from around the world—and package them in a way that business owners around the world want to obtain trademarking services.”

Andrei’s first advice for entrepreneurs is “Don’t be afraid.” Fear can be person’s biggest asset or the biggest anchor. Instead of being stopped by “what if’s” he uses them as a force to drive him forward.

“Nobody in the legal industry ever offers money-back guarantee.” He admitted that though it was a very scary thing to do, it was also the best thing he had ever done.

“That gave us a ton of new clients, raving reviews and amazing testimonials.” Giving up his lawyer license again was another scary thing he had to do. However, it allowed the company to grow without having to look back at unreasonable compliance rules which had nothing to do with the client or how the clients actually want to obtain trademarking services.

New entrepreneurs always try to make everything happen by doing everything themselves. Andrei was guilty of that as well. “I’ve realized that by learning from smart people, by reading books, by going to seminars, by watching webinars, by spending time with mentors, you get to progress to where you wanna be so much faster.”

Andrei also references Nike’s infamous tagline. “Just do it. If it doesn’t work, that’s fine. You’ll learn from it. Do something else but don’t let your fear stop you.”

Andrei’s final suggestion comes from the title of his new book series, “From Faceless to Legendary”. He simply says, “If you are an entrepreneur, always aspire to be Legendary!”