Most people aim low before taking on more difficult objectives. Ray Zinn, on the other hand, prefers a challenge from the beginning.

Zinn believes it is important to embrace weakness or vulnerability and convert it into strength. This philosophy has allowed him to overcome hardship, including his sudden loss of eyesight, and run a consistently profitable semiconductor business, even during wild business cycles.

In an interview with Founder’s Guide, Zinn explains why people should adopt his philosophy and do the tough things first.

How did you turn your ideas into action?

Ideas remain merely dreams and cannot be actionable until there is a plan. The quality and execution of the plan determines the reality of the idea. Begin with understanding the problems between the dream and the goal, then lay out your plan of action.

Tell us more about early failures, missteps, and how you overcame them.

Failure is something that could’ve been avoided if properly dealt with. My greatest challenge was when days before Micrel went public, at the peak of IPO process, I lost most of my eyesight, becoming legally blind. The question was how to properly deal with this. I could have turned Micrel over to a new CEO, but nobody knew the company, the culture and the markets better than I did. A new CEO would have more likely led Micrel to failure. So the proper way to deal with the situation was to deal with my blindness. I learned how to communicate and lead Micrel by using more than eyesight; hearing, feeling, really keying into what people were saying and feeling. Thus, I was able to make the adjustment and effectively run Micrel until it was acquired in August 2015.

I actually despise fundraising. It can be an impediment to crafting your company if you spend all your time raising the next round, and an uncrafted company and culture is unstable. Since most funding-seeking companies are not profitable from the beginning, they end up spending 5 to 10 years raising money rather than devising how to be profitable and how to grow organically. Though it’s not practical in all cases, it is best to do all of your fundraising before you start the company.

How do you promote productivity and culture management?

By doing the Tough Things First, practicing respect for each individual, and never giving up. Prioritize, serve those who serve the company, and keep marching toward the goal. 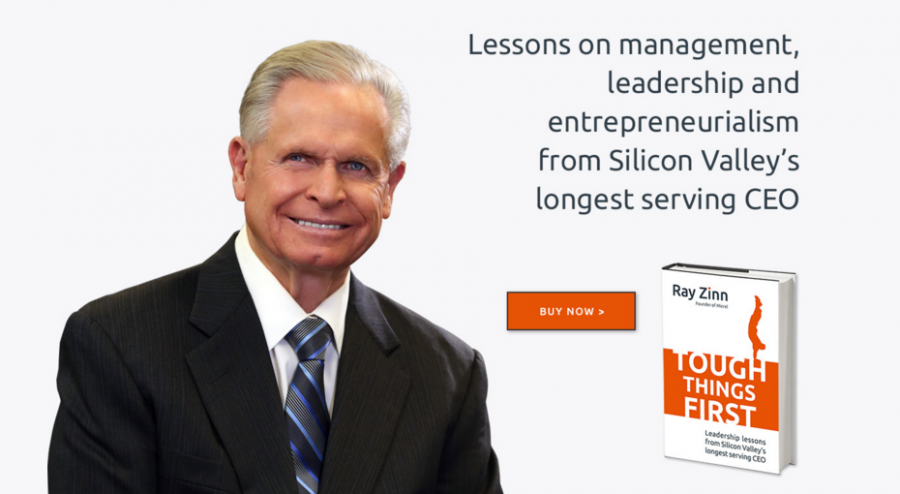 What are your upcoming plans or projects?

What are the major milestones or achievements that you are most proud of?

Micrel was profitable 36 out of 37 years (all 37 years on a non-GAAP basis). That is a stellar record regardless of industry and unheard of in the wildly cyclical semiconductor industry. That achievement was due in no small part to my being at the helm for all 37 years, making me the longest serving CEO in Silicon Valley. But outside of Micrel and my family, my favorite achievement was being the creator of the wafer stepper more than 40 years ago. Steppers are one of the most important pieces of semiconductor manufacturing equipment in the world today, one that makes your smart phone small and Google’s servers powerful.

Who and what are your influences? (could be past or present)

I have three main influencers: Jesus Christ, my mother, and my wife.

Can you discuss some of the business/startups you have advised that are now enjoying success?

For the past 37 years, I have focused all of my attention on running my company, Micrel. Now that I have sold the company, I intend to spend time mentoring and investing in startups. I recently spoke to audiences at Draper University and several business schools.

What advice would you give to millennial entrepreneurs?

Focus less on getting rich and more on improving other people’s’ lives. True happiness comes from having value, and service to others is a pure form of value.