Words are a powerful tool. They carry an invisible force that can be heavy on our emotions. Whether it’s to harm or heal, the choice of words that you use in your everyday life can have consequences that echo far into the future—but many people don’t understand the strength of words.

Have you personally sat down and considered the words you’re about to use before speaking? A lot of people don’t think before they speak, and it’s becoming an increasingly worrying problem in the business landscape. 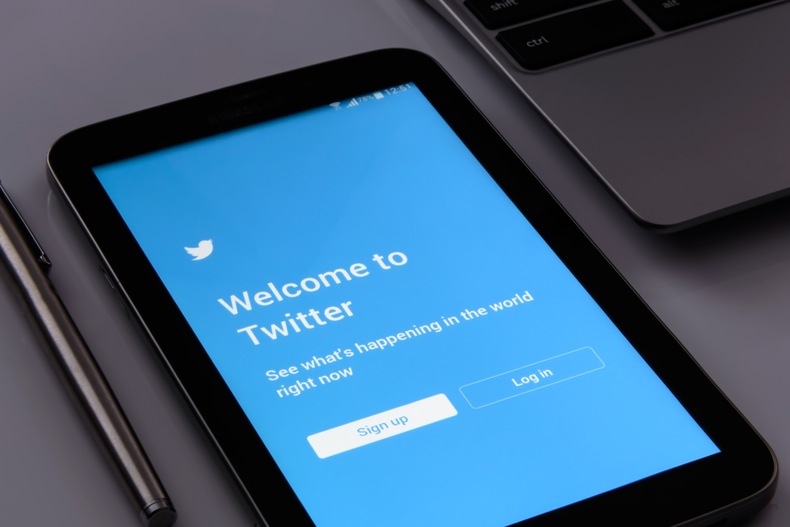 A common (but somewhat outdated) example is the difference in vocabulary and communication methods. Take modern-day slang and internet words, for example. The abbreviation “LOL” for many young adults means “Laugh Out Loud”, but to adults of a past generation it could also mean “Lots of Love”. Similarly, the word “Bad” can, funnily enough, mean “Good” things in certain situations.

It goes to show that throughout the course of a decade, word meanings can change and new terms can spring into existence either by pure chance, over-usage, or necessity. Sometimes we abbreviate words for convenience to fit into character-limited messages like “ICYMI”, which means “In Case You Missed It”. We might invent new words to describe things that previously didn’t exist, such as the word “Phablet” which is used to categorise a smartphone with a large screen. And of course, we can’t forget words like “Tweet” which is a shorthand way of saying “Twitter Message”.

But what does this mean for the world of business, and how can budding entrepreneurs make use of this cycle? Simple: marketing help. By staying on-topic and utilizing trends and buzzwords, your business can stay relevant in the digital landscape and customers will flock to your modern approach to advertising. The more relatable your business is, the easier it is to gain the trust of customers. 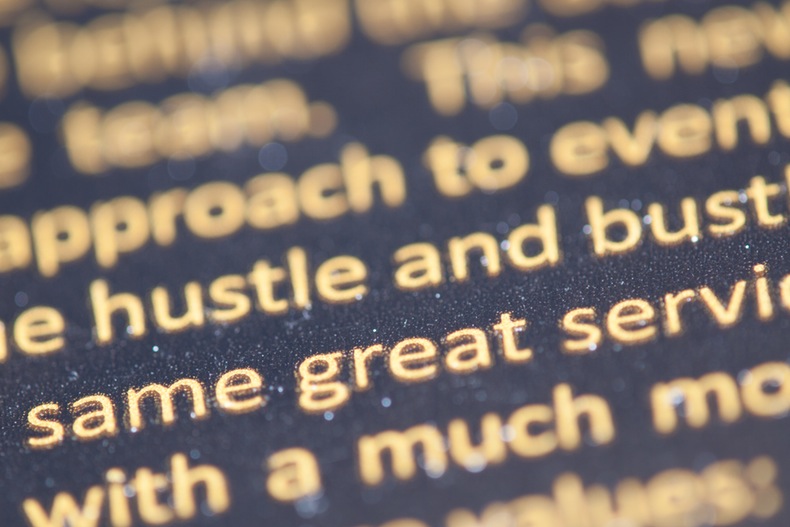 A Society of Trends

The most important component of a business is the customer base. You need customers to make money, and they need you to provide a product. You could have an amazing product or service that can provide something crucial to modern living, but do you have what it takes to market that product to overcome the competition?

This is where marketing comes into play. If you’ve been running a business for a while you’ll understand that there are very intricate and daring strategies that you can utilize to launch your brand into the ruthless world of the internet. If you attempt to piggyback off fad trends and “memes”, then your business could either rise to global stardom or suffer mockery and abuse until you’re forced to close your doors. The internet is an unforgiving land of potential customers that will either love you or hate you—there are no half-measures.

You Can’t Tame the Internet

With the internet being such a big deal in the marketing sector, large corporations are hiring expensive dedicated teams in an attempt to “tame” the beast that is the internet. However, their efforts are usually in vain or fall short of expectations. When something gains an incredible amount of exposure on the internet, people refer to it as “going viral”.

Several companies have attempted to capitalise on internet trends and behaviour by trying to force their brands to go viral. However, they soon discovered that not only can it not be forced, but it’s foolish to do so because the internet will never forget about a business’s attempt to become relevant.

For example in 2013, the American restaurant chain Chipotle launched a campaign to celebrate their 20th Anniversary. Their idea was to incorporate social media into a treasure hunt campaign, and they came up with a plan to pretend their Twitter account was taken over by a malicious group but secretly included clues in their “hacked” tweets. It worked to increase their exposure, but the backlash by angry consumers who felt duped was enough to tarnish their brand—in the end, it wasn’t worth it.

In short, internet marketing doesn’t happen because of a premeditated plan. Exposure on the internet is a mix of luck, chance, and trendy products. Take the video game “Minecraft” for example. Minecraft is a global phenomenon with versions for every platform, merchandising deals, and a zealous fanbase. It was created by a single person by the name of Markus Persson. The 35-year old Swedish programmer sold the game for $2.5 billion to Microsoft in 2014. But what made the game so successful? How did an indie game from a single developer with no advertising budget turn into a billion dollar product?

Minecraft is an idea that plays on childhood imagination and creativity. It’s a game that takes place in a world of blocks that can be pieced together to build objects much like Lego. Markus Persson turned Minecraft from a simple run-of-the-mill block-building game to something much greater with one clever trick: by breathing life into it. An update known as the “Survival Test” added functionality to the game that enabled players to interact with the world. Objects like wood blocks could be turned into various tools like axes and pickaxes, and players could use them to gather other resources to build more advanced tools. There was always something to work towards, and the living and breathing world of Minecraft drew in millions of players around the world.

So what does this billion-dollar video game have to do with marketing? Everything. Markus Persson turned a tried and tested formula into something bigger by breathing life into it and he enabled gamers to tell stories with his product. The game was no longer just a tool to place virtual building blocks—you could utilize those blocks in creative ways to tell stories and share experiences with a wider audience. Those stories turned into Facebook posts and YouTube videos which drew in more and more players, and it ultimately led to the game’s immense success. The lesson here? Innovate your product, and enable your customers to do your advertising for you. 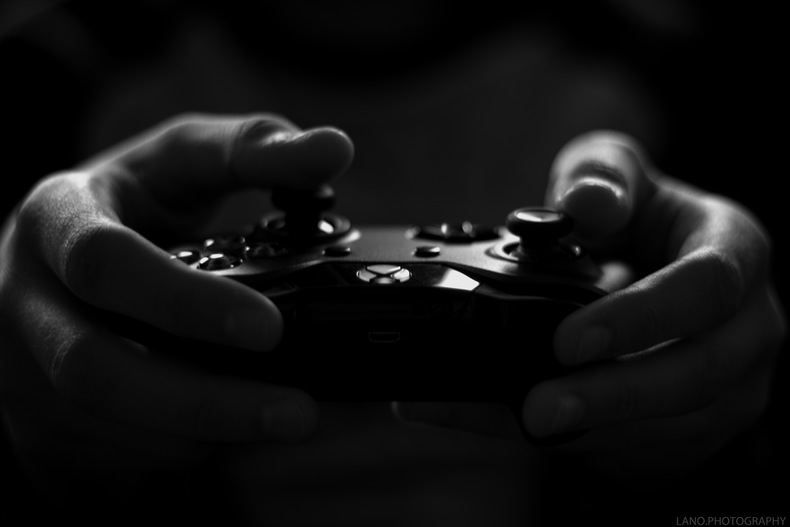 Storytelling at Its Finest

The phrase “show, don’t tell” refers to a technique that writers use to help their audience visualize their words. It’s a combination of wordplay and clever manipulation of the reader’s senses that achieves the desired effect. Even feelings of emotion can be evoked with smart word placement and targeting. But how does this help with business advertisements? You can’t expect to tell stories to your customers and have them listen, but attaching emotion to your marketing strategy is a sure-fire way to get noticed.

Think about medical and life-insurance style advertisements. Usually, they play on our fears of losing a loved one or suffering through illnesses and disease. They often carry the subtle message of “act now and buy our products and services so you don’t suffer like this person on the screen”—and it works. When they’re produced correctly, those advertisements can jerk our tears harder than a romantic film and we’ll fork over our cash faster than we can wipe our eyes.

When we read advertisements or watch TV commercials, we’re drawn into the fabricated stories of fictional characters that are introduced to us. Little Jimmy used to suffer from a medical illness that prevented him from playing with his friends, but thanks to our medication he no longer has to sit at home and watch from the window because he can now join in! How about poor Mary who’s bound to her room upstairs in the family house because she can’t get down the stairs reliably. She won’t be able to attend the Christmas dinner this year—but luckily, you can install this great stair elevator to help her mobility issues! See where this is going? Storytelling is powerful and it can be used to great effect no matter what products you are selling, and it will sucker us in no matter how cheesy or unrealistic those stories are. 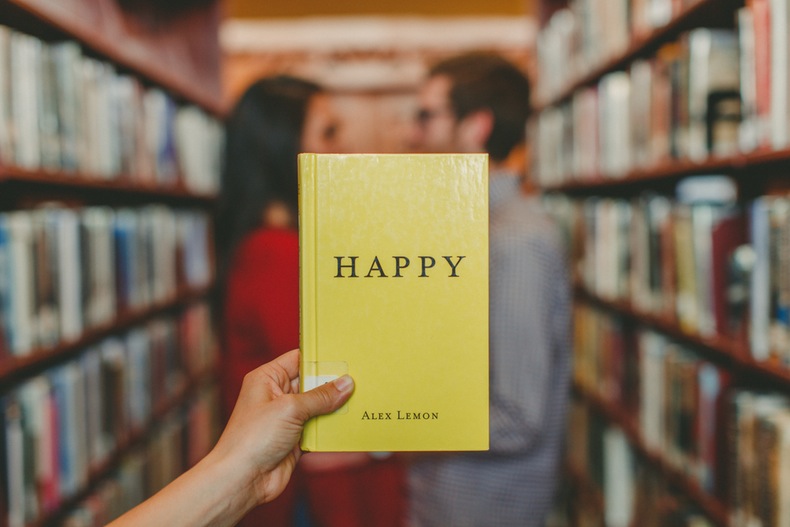 Caring About the Customer

Your customers deserve the love and respect that you can offer them. After all, they’re paying your wages and make up most of your income, so shouldn’t you treat them better?

Every customer loves to hear about how much a business cares about their well-being. Whether it’s a medical company that specialises in patient care or a computer-building business that promises the best aftermarket solutions, customers love to know they’re in safe and capable hands. By including these subtle (and sometimes blatant) messages in your advertisements and branding strategies, you’ll undoubtedly reel in more customers.

There are words that your customers just love to hear. Regardless of what industry you’re in, phrases like “keep you updated” are magical triggers that will ensnare customers in the web of your business. Customers want to be kept updated, they want to be told what’s in store for them and what you plan to do—it’s all about transparency, but your customers need to be told that you’ll be transparent. They also love the word “responsibility.” Your customers want to know that you’ll be responsible for anything bad that happens to their order or services and that you’ll handle everything with your own hands instead of relying on another company or external parties to provide your product.