A visit to the website of Shushnote presents viewers with a zoomed-in image of a cute, furry hamster—and not much else. Aside from a button teasing “I dare you to sign up” and links to several social media sites, the site of the soon-to-launch startup remains fairly barren. Visitors must click through to the “About” section of the company’s Facebook page to learn of plans to produce “software for celebrities, investors and media” with little else to go on.

The ambiguity surrounding the purpose of Shushnote underscores the business philosophy of Luke Fitzpatrick, an Australian serial entrepreneur and founder of the company. In an interview with Founder’s Guide, Fitzpatrick filled us in (kind of) on his vision for Shushnote and his broader approach to entrepreneurship and business development.

Fitzpatrick’s public relations strategy can be compared to a Jackson Pollock painting. Like the renowned expressionist painter, Fitzpatrick creates an organized chaos of sorts by employing a number of bold tactics in hopes of creating an optimal outcome.

“Start marketing your startup from Day One,” he advises. “There is nothing stopping you from setting up your landing page, social media and guest posts on sites [before launching]…Get stuff done. Prove your worth.”

The Shushnote website and corresponding social media well capture this approach. The website’s main feature is an adorable hamster picture while the Facebook page mostly consists of viral memes with little apparent relevance. He hopes that the random, attention-grabbing media draws in viewers, further piquing curiosity with vague teasers about his impending project.

Fitzpatrick employs a similar no-holds-barred strategy to attract investors claiming that the initial focus “is not on getting an investment—but making investors aware.” He follows up by driving home the importance of early, widespread exposure: “By reaching out to investors early, you can establish a relationship, give them brief updates from time-to-time and if they like what they see, they invest.”

Most startups, according to Fitzpatrick, get a late start on fundraising which retards their growth. Aggressive outreach maximizes the prospect of breakthrough funding that can accelerate expansion. While most investors may ignore his solicitations, sending out a gentle heads-up has practically no downside and significant potential upside.

Fitzpatrick has lofty aims for his many projects, unsurprising in light of his outgoing approach to business promotion.

“Shushnote will generate millions of dollars for charities,” he claims. “At Shushnote, we have a bold mission, ‘to restore humanity’.” These are big goals for sure and one wonders if shedding more detail on his plans would boost his credibility. Nevertheless, Fitzpatrick believes it is essential to aim high and inspire through ambition adding, “Teams need to feel like they can make a difference and not just work for some copycat startup.”

In addition to Shushnote, Fitzpatrick has big plans to take on homelessness in Australia. Not unexpectedly, he plans on sparking a broader discussion by pulling a major publicity stunt, outlining his plan as such:

“My goal is to propose a solution to the Lord Mayor of Sydney, Clover Moore, to fix homelessness—and get this on world news. The only way I can see the press actually caring is if I personally go homeless in front of the Mayor’s office, which I will do…if I propose my ideas on the spotlight, it forces her to listen and act. If my idea is correct, it will create a ripple effect whereby other world leaders around the world will be pressured to do something about it.”

Yet in spite of his bold shoot-for-the-moon tactics, Fitzpatrick recognizes the importance of managing risk, a lesson he learned from previous entrepreneurial ventures.

One of his biggest mistakes, he claims, was working fulltime on Shushnote without securing a stable source of income. “Quite often, founders leave their day job to work on their startup full time,” he notes. “My best advice to any new startup—create an income source before you start you startup; the sooner you do this, the better.”

Fitzpatrick currently gets by consulting startups for a fee, which he wishes he started doing earlier. He recently launched Ghacklabs, a startup consulting business to help him fund Shushnote. It’s a very simple setup wherein people pay $1 to ask a question but it’s already raised $1005 in the first month. According to Fitzpatrick, version 2 will be launching very soon.

This experience segues into a summary of his final thoughts to us as he emphasizes the importance of a balanced approach to entrepreneurship. Boldness and aggression are essential for giving your business legs, especially with regards to marketing and investor solicitation. But as he has learned from his many experiences, financial stability and a well-defined, actionable strategy can go a long way towards maximizing success. 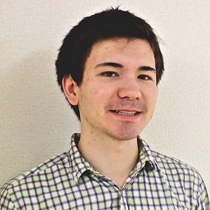