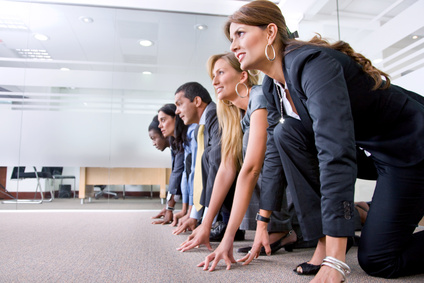 The achievement of a world without borders is a usual mindset for an entrepreneur. Cross-cultural opportunities might come as a far-fetched ambition for a starter. But considering the global expectancy of most business-owners, its always second nature to keep the possibilities at bay right? For those who are inclined to the business world, we all know that Silicon Valley is a beacon for entrepreneurship across the globe. We can readily say “it’s part of the American DNA”. But how about the rest of the world? How are they flourishing in a global point of view? How do they get the attention and what is the manner of their activities?

Every country has different needs. Depending on the level of supply and demand, the entrepreneurial realms are heading towards a challenging take off. Because whichever way you look at it, innovation is the driving force of history and a trademark for global revolution. This article aims to compare countries in their quest for groundbreaking results. These connections are relevant in order to identify the transnational fluctuation and address the parts that need improvement.

The keys to a startup success as defined by these sources (startup genome,telefonica, inc.com) are: Differentiation, Governmental Support & the art of Entrepreneurialism I have to agree with that because in the absence of these main factors, no matter how brilliant the idea might be, if it doesn’t have the support of the above mentioned then it has a varying chance of success.

Let’s take a look at the Startup Global Comparison:

So beforehand, let’s see the Top 20 Entrepreneurial Hot Spots around the globe:

*US is the home to 6 of the top startup ecosystems, published on 2012

In addition, these countries are included in “500 blowing startups“ since 2010

So let’s say for example you want to head start your own IT Company. According to survey, this is

How much it would cost to run a start-up for a simple web-developing company:

The Global Entrepreneurship Index mostly conducted by Global Entrepreneurship Monitor (GEM) measures by surveys and interviews to respective experts on the field.Mostly varied on the innovation-driven stage that allows implications to be gathered and categorized. This is the list of countries as ranked according to performance:

The world is at 52% of its entrepreneurial activity. 100++ economies use electronic systems for services ranging from business registration to customer clearance to court filings. 40 economies from 2005 open and grew to 105 in 2012.

So what countries are globally active on the web?

During 2005- 2012, doing business got easier in the African continent. The top 5 frontier countries that improved are:

From 2009 to 2011, 39 economies made a legal chance toward gender parity leading to more than half a billion. Women are now having brighter prospects to start a business or get a job. Only 38 out of 141 economies set equal rights for men and women in 45 key areas. Still women continue to face legal restrictions related to navigating the business market. Speaking of gender equality, 232 million women live in economies where they cannot get a job without their husband’s permission.

Which then led to some serious demand for economic reforms. 108 economies implemented 201 reforms in 2011-2012.

Percentage of economies with at least one positive reform:

If you must know, 45 of 46 sub-Saharan improved the economy’s regulatory environment over the past 8 years and Rwanda ranked as #1.

If you’re pondering how long does it take to start a business in other countries, here’s how: *Time (average number of days)

To give you an overview in terms of Ease in doing business, the shortened ranking is as follows:

By year 2020, 1 Billion of the overall population will start doing their business. In 2013, there are 400 million entrepreneurs in the world. That means

You might be wondering if they aren’t entrepreneurs then what are they doing?
55% work a regular job
34% are kids and elders
11% (95% living in a developed country) *lived outside the economy (no education or not in need of job belonging to elite families)
It’s predicted that by 2020, 7 billion people will be jobless while only 2 billion will be employed. Now it depends on how you take that information whether the glass is half-empty or half-full.

Moving on to brighter reports

The Careers in Demand include:(*Best new jobs with projected growth)

In relation, 80% of people feel unlocking creativity is critical to economic growth. 39% of global respondents describe themselves as being creative. 1 out of 4 believe they are living up to their creative potential. 52% of Americans say they are creative. 75% respondents said they are under pressure to be productive rather than creative in work.

The only nation in G20 that leads the US in innovation is Japan according to Ernst & Young. Globally, Japan is seen as the most effective country followed by the US

What are your chances out there? Have you already started on contemplating your pros and cons as an aspiring entrepreneur? I just have to say that the qualms people have in the US or in any developed country for that matter are often irrelevant in comparison to the struggles people in other countries face. You’d be surprised to learn that there’s still more places out there that hasn’t been reached out to and technology is still strange for them. As quoted by

This is where Entrepreneurship comes in. It is very crucial for understanding economic development.