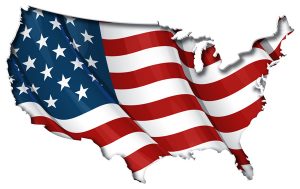 A Survey for Startups all around the U.S.

Numbers are very vital in all aspects of our lives. Figures are secured facts that can aid us in determining how and which way to proceed. I’ll have you know that statistics and analysis are not my specialty. I do however give prevalent regard to them when it comes to decision-making and proceed accordingly. Information can either be dispensable or utilized. We all know that statistics measure the pros and cons and in this way, as an entrepreneur, we are informed about the latest trend and fluctuation of the market. Knowledge like these can come handy plus it almost always helps to know the variables at play. Entrepreneurship in the United States is different compared to other countries due to inflation and currency exchange rates.But let’s take a look at more facts. According to Lynda Gratton on her bestselling book The Shift: The Future of Work is Already Here said,

“We are now facing a revolution in the way we work. A substantial schism in the past which is so great that the work we do will change – possibly so that in two decades our working lives will have been so REWORKED that they are unrecognizable. -Lynda Gratton ”

How many businesses are set up?

Based on the latest survey, there are 543,000 startups in the US every month. 19.4 million non-employer businesses are sole proprietorship, 1.6 million are partnerships ad 1.4 million are corporations. 60% of Americans say that the US is an entrepreneurship-friendly society. Considering the increase of immigrants and FOB’s (fresh-off-the-boat) students who flock the country every year, I’d say freedom is at its best in American soil. Babson College: the leading school for Entrepreneurship said in the same year 2014, 14.4 million Americans were self-employed (that’s 6.6% of the workforce.) This proves to be a massive growth in the US Economy.

The numbers of small business have increased tremendously up to date. It’s undeniably the driving force of the US Economy per se.

What are the chances that startups will fail?

So you’re trying to scout the “next best thing”. But first you must know where to look for them. Your golden idea could come from any of these industries. Most likely, it will address the need of the consumers. To cap it off, these are the Best Industries in 2012 as forecasted until 2017:

They say America is where most dreams are made of. But do you know who strives the most? 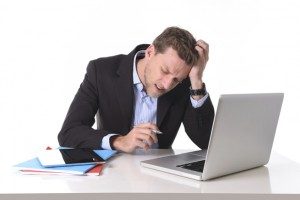 Who are the fearless starters in the market today? You’d be surprised to know that

64% of them are Hispanic while 63% are African-American and 45% are Caucasian.

Regardless of race, you can join in on the numbers of the growing rate of entrepreneurs. When we talk about the Consistency Rate:

A business will not fully materialize without funding. After evaluating your personal resources and preference, deciding on this factor depend on so many variables.

The Startup Funding Criteria are enumerated as following according to what is commonly preferred by starters:

82% of starters get it from savings, family & friends, 16% from Banks, 2% others. This is primarily due to the strict qualification guidelines being imposed by banks and other entities responsible for getting loans & capital. Depending on the size and structure of business, not everyone can comply or be granted. 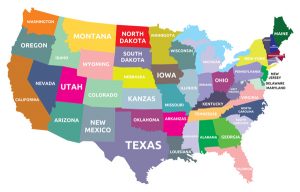 FYI: It just takes 6 days to start a business in the US. (Minimum approximation and depending on the state regulations you’re registering your company in). Based on statistics, 69% of the overall starting businesses survive in at least 2 years, there’s a 44% rate that those new firms will survive in the next 4 years, 49% chance of failing within 5 years, and a 31% survival rate in at least 7 years.

There are a number of ambiguous explanations to back this up however, California is known for its profound mixture of culture and business capitalists. It’s considered the middle earth for Digital Technology. While Hawaii is an isolated state where limited resources can be extracted.

Only 8% are female founders and 92% are male founders. 54% of the total are young people ranging from 20-34 year olds wanting to own individual businesses. Half of them have at least a Bachelor’s Degree. And 38% of these young people say they delay their business due to economy. From which 34% have introduced innovative products and services.

This may seem like an overwhelming flow of numbers you must process but at the end of the day, it all boils down to what you want to become- a successful Entrepreneur in your field of pursuit. They are gathered for a reason. Let’s use them as a compass as we advance to the future.

5 thoughts on “What Statistics will tell you about Startups”