Car accidents are all too common across the board in the US. According to organizations like the World Health Organization (WHO), road traffic injuries are high on the list of causes of death; making it the only non-health related cause of death on the list.

As long as there are cars, we will always have car accidents. With over 143 million Americans commuting in cars, there’s a high chance of being involved in a collision at least once in your life. Fatal crashes account for 1.3 million deaths globally, making it the 8th leading cause of death in 2016. In people aged 15 to 29, it’s the number one cause of death.

No matter how much awareness and campaigns people are exposed to drive safely, we know that there will always be some careless and negligent drivers behind the wheel. They can pop up at any place and any time, day or night. What makes it more frustrating and angering is that so many accidents can be avoided, especially when you realize what the most common causes are. This is what we’ll discuss with you right here. 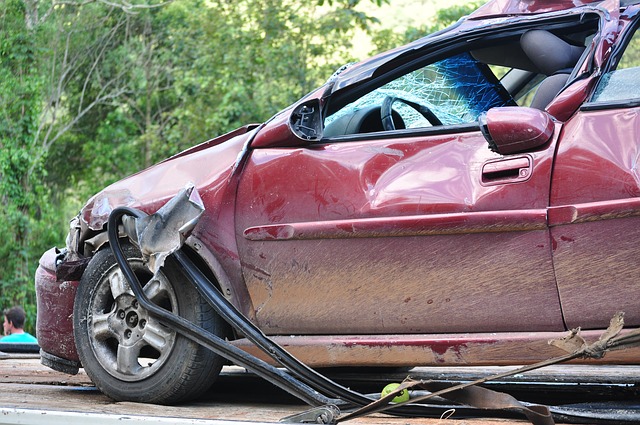 Most distractions barely last more than a few seconds, rarely ever making it for a minute, but that’s enough to set yourself up for an accident. In fact, it really only takes 3 seconds to get distracted enough to lose concentration and have an accident. Distraction accounts for 25% of all fatal accidents and is the cause of 58% of teenage driving accidents.

There are basically three types of distractions. Visual distractions, occur when you take your eyes off the road; Manual distractions when you need one or both hands doing something else, like texting or answering the phone (1 out of every 4 crashes are due to the use of cell phones); and Cognitive distraction, when your mind simply wanders off, or you become in a daydream state of mind (this is actually the leading distraction, coming in at 62%).

This statistic is important to keep in mind, especially if you’re a resident or driving in major cities like New York, where you should certainly consider hiring a New York City car accident lawyer if you are ever unfortunate enough to find yourself in accident-related trouble. This is because, according to the March 2019 Motor Vehicle Collision Report Statistics Citywide report put out by the NYC Police Department, the leading cause of car accidents in the city is driver inattention or distracted driving.

Over 50% of all road accidents are alcohol-related crashes. These have become, sadly, the leading cause of death among young Americans between the ages of 16 and 24. Around 71 people are killed in car crashes, while around 2,000 are injured… daily! On average, statistics show that 2 out of 3 people are involved in a drunk driving crash. Always make arrangements to have someone drive you if you’ve had too much to drink, or just don’t get behind the wheel until the effect of the alcohol has worn out.

Breaking speed limits is, of course, another major and most common cause of accidents. What many people fail to comprehend is that the faster you drive, the slower your reflexes can get; they are usually only aware of speeding. About 112,000 drivers, on average, are ticketed for going too fast each day. Life on the fast lane isn’t all that cool when you keep in mind that 12 points or more over a period of three years could take away your right to drive. The most common citizen complaint that local police face is speeding in residential areas. Fines will differ from state to state. The highest penalties can be found in New York, California, Virginia, New Jersey, Georgia, Nevada, and North Carolina. The lowest penalties are in North Dakota, Colorado, Montana, Maryland, Oregon, and Indiana.

Driving aggressively, changing lanes too quickly, and speeding way over the limit, or fleeing from law officials, are all types of reckless driving. In some states, going over the speed limit can result not just in a speeding ticket and fine, but reckless driving, which is considered a misdemeanor; a serious offense that can lead to jail time. Punishment will be more severe if the reckless driving has caused harm to other drivers or pedestrians. A reckless driving ticket will appear on your driving record, and you can expect your auto insurance to rise.

Take for example in Kansas City, Missouri,  if you are caught driving at 20 miles per hour or more beyond the posted speed limit, you will be facing a Class B misdemeanor charge, which can result in a financial penalty of up to $500 and up to six months in jail. If a claim against you is made, the best thing you can do is to contact a Kansas City car accident lawyer who is familiar with the laws and regulations to help you.

Bad weather conditions account for 23% of all accidents. Rain, snow, fog, and wind are risky conditions to drive in, especially if you’re new to driving or just not prepared, or your car isn’t equipped to handle the weather. Poor weather affects your visibility, and over 600 people are killed and 16,300 people are injured in weather-related accidents each year. During such conditions, always make sure your car is visible by keeping your headlights on. But don’t use your high beam because that decreases your visibility. Certainly, don’t speed, and if you must, pull up by the side of the road.

An estimated 165,000 accidents occur annually in intersections caused by red-light runners. Fatalities caused by red-light runners run from 700-800 a year. About 50% of accidents do happen at intersections. A new report that was put out this year by the AAA cited that red-light runners hit their highest rate in 10 years. While some red light crashes are caused unintentionally, many are the result of drivers intentionally speeding and breaking the law. It’s interesting that 2 in 5 drivers think they won’t get pulled over.

Everyone wants safer roads, whether you’re driving, walking, or biking. But not everyone does their part. Laws and regulations do as much as they can, but ultimately, safer roads depend on individuals driving. Knowing the main causes, you will know the right precautions to take. There is no reason to take risks when simple precautions can save your life and others.