Web scrapers are the miners of the 21st century, they make their way through endless amounts of data and find the golden nugget you’re looking for. Without the usage of web scrapers, businesses would be drowning in the sheer unmanageable amount of data produced, generated, and parsed every day. Or be forced to make decisions on what would amount to guesswork. To prevent that and to make data more efficient and readable for human beings, web and Google scrapers come in real handy. Read on to find out what web scraping even is and how a special form of it called “Google Scraping” can transform the way how your business performs competitor analysis and marketing processes. Firstly, let’s find out what web scraping even is, shall we? 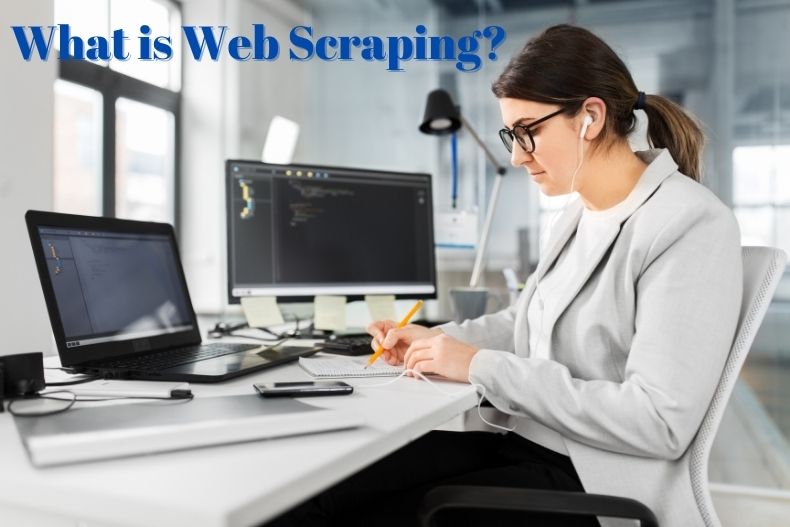 Web Scraping: The smartest way to filter and store data

Let’s put this technique into perspective. Imagine you’re manufacturing cars. Car manufacturers buy-in rough materials of finished parts from external suppliers and put them together in order to build a functioning car. Obviously, the cheaper you can buy their materials and parts, the larger your margin will be after selling your car. That’s been said, you probably go into the world wide web, Google for “Light Engine Supplier California” and click yourself through hundreds of suppliers, hundreds of prices and offers. It’s a tiring process which will take forever by doing it manually. Web scrapers on the other hand can be your best friend on this one. Provide them with the keywords of your Google search, define the metrics you’re looking for, and boom. A few seconds later you’ll be provided with the results. That would be a powerful form of web scraping.

By going even deeper, the usages of such web scrapers are obvious. Web scrapers can scan certain websites containing predefined keywords and can save any data out of them you’d like to have. For example, imagine having a web scraper scanning for blogs about laptops. Your web scraper would scrape for laptop blogs within your predetermined metrics and would, for example, filter all of your desired data into a CSV file like URL and blog author. Big search engines like Google use such technologies to search the web for the most relevant pages you might desire to visit.

Web scraping and Google scraping aren’t necessarily two completely different things. Matter of fact is, Google scraping can be seen as a web scaping’s child. With web scraping, you scrape through the entire world wide web or specific URLs to find valuable data. By using Google scraping, on the other hand, you scrape in already scraped territories and save data from that one. Meaning if you use Google scrapers, you perform very specific Google searches and store important, resulting data out of it. This could be URL, metatext, time of creation, and so on. The limits are defined by your needs.

Now let’s have a look at how something like this can actually be useful. Let’s talk business!

At the time this article has been written, with Google scraping tools (such as Google API), which can be bought or with minor IT-Skills self-created, you can obtain things like position on Google, URL, Domain, pricing, title snippets, and the metatext for search engines. Information like that can be incredibly valuable and useful for marketing and self-analysis purposes for various kinds of reasons.

To grasp how beloved your business is within everyday people and how you compare to some of your biggest competitors, firing up a quick Google search has always been the way to go. Let us never forget, that Google also ranks websites considering metrics like popularity, responsiveness, and customer experience. Simply adding keywords doesn’t make your website the best ranking one, there’s science behind it as well. That being said, by configuring a Google scraping system, you can run hundreds and thousands of Google requests at once, scraping Google’s results regarding your niche, keywords, and location. Allowing for really powerful adjustments for business and products improvements.

If your business is developing a new kind of product or your R&D team has got a new type of idea, firing up a Google scraper to validate its demand, or novelty can be a real lifesaver. On top of that, one of the most valuable pros about the usage of Google scraping engines will always be the freshness of data.

Google scraping can also be used to improve products or services according to customer reviews. An unfortunate occurrence is that customers leave sentiments, reviews, or suggestions for products all over the internet. Finding these ideas by hand is an arduous task, therefore Google scraping can be utilized to automate the process. By collecting data in this manner, product development teams can be always one step ahead of the competition and be sure that they are fulfilling the needs and wishes of every customer.

Now, let’s let this sit for a while and conclude with the following:

Google scrapers can be used by almost anyone, but offer tremendous value and flexibility to the marketing and R&D departments of your business if you know what to use it for.