There are all kinds of interesting terms in the legal profession. Unless you’re a lawyer, you’re not required to know any of them. However, it’s often not a bad idea to know a few of the more basic legal terms, even if you’ve never been inside a courtroom.

A tort is one example of a legal term that even the layperson should know. In this article, we’ll briefly explain what a tort is, as well as why you should know about it. 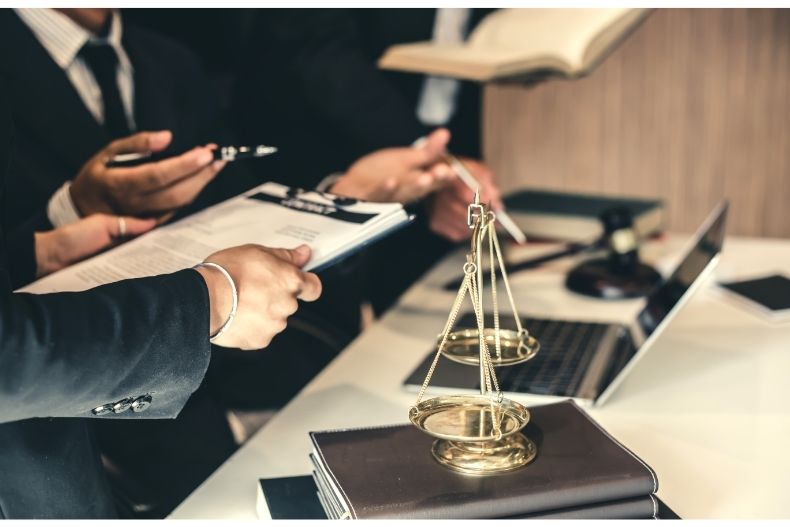 What Exactly is a Tort?

Let’s say you suffer a personal injury. You know that another individual or entity caused what happened to you. This is different from you injuring yourself in an accident where it’s clear you can’t bring legal action against anyone.

Torts Can Cause Lawsuits

In the scenario we just described, where someone or something harmed you, the tort can directly cause your lawsuit. Were it not for the person or entity’s behavior, you could not try to hold them liable through a civil action.

When you bring your lawsuit because of the tort, you can either win or lose. If you win, the jury will likely award you money they consider to be commensurate with what happened to you. For example, if you have medical bills resulting from the tort, the jury might award you enough money to cover all of those.

The damages the guilty party pays you can cover your medical bills, but they can also cover what the legal system often calls pain and suffering. Pain and suffering are less quantifiable. This amount of money the jury might give you is more arbitrary, but they might look at precedent from other tort cases to get an idea of what to award you.

If a defendant’s actions were more egregious, you can expect to get more money from the case. If your injury was slight, don’t expect to collect millions if you win your lawsuit.

There Are All Kinds of Tort Cases

It’s also essential to realize that tort cases can look and feel a lot different depending on the action that caused your injury. If someone attacks you, that’s a tort case in the making since that person violated the law when they assaulted you. Tort cases can also involve things like negligent actions and trust breaches.

It could even be that you’re filing a tort-based lawsuit on someone else’s behalf. Maybe the tort’s actions killed this person, and you are filing the lawsuit because you’re a close relative of theirs. Many states call this particular kind of tort case a survivor’s action.

Even though there can be all kinds of tort cases, there are three common ones, and we’ll talk about them right now. There is the strict liability tort case, the negligent act, and the intentional act.

In a strict liability tort case, you do not need to demonstrate fault. This is a case where the tort does not depend on the defendant’s mindset or care duties. What the plaintiff tries to do in these instances is to demonstrate that the tort action occurred and the defendant is responsible.

If you look at these three different cases, it’s easy to see why the courts view this third kind most harshly. In a strict liability or negligent act tort case, the guilty party probably did not intend to hurt the plaintiff.

In the third kind, the intentional variety of tort case, the defendant went out of their way to hurt the plaintiff through their actions. In a civil case, you often will get the largest payout if the tort is intentional.

The Difference Between Civil and Criminal Tort Cases

One more thing that you should know about tort cases is that you might bring civil charges against an individual or entity because what they did hurt you. If you win, the jury will award you damages, meaning financial compensation depending on the injury extent.

Criminal tort cases also exist, though. It’s possible that a defendant could face both a civil court case that you bring against them and also a criminal tort case a city or state brings.

If the defendant loses both cases, they will have to pay you for the civil tort to rectify the wrong, but they might also get a jail sentence if they lose the criminal tort case. If what they did is relatively minor, they also might get a fine, community service, mandatory counseling, house arrest, etc.

Tort victims can usually only get the justice they seek if they contact a professional, well-regarded lawyer and hire them to act on their behalf. Lawyers know all about the different tort varieties. When you explain to them what happened, they can immediately identify what torts the defendant committed.

They can also tell you whether you probably have a case or not. Remember that even if an individual or entity committed a tort, or more than one, you still have to prove it in front of a jury.

There are different ways you can do that. Your testimony, along with as much physical evidence as you can gather, is your best way to win your case.