You know it’s a terrible day when you push the power button on your computer… and nothing happens. There are a lot of possible reasons why your PC might refuse to turn on. But on the bright side, your files are likely to be safe unless something truly disastrous has taken place. So, even if the worst happens and you find out that your PC won’t work ever again, you can still remove the hard drive and access it using another machine.

That said, it feels like a modern tragedy whenever your computer won’t turn on. If this worst-case scenario is happening to you, take a look at this mini-guide so you can choose the best troubleshooting tip based on how your computer is acting. 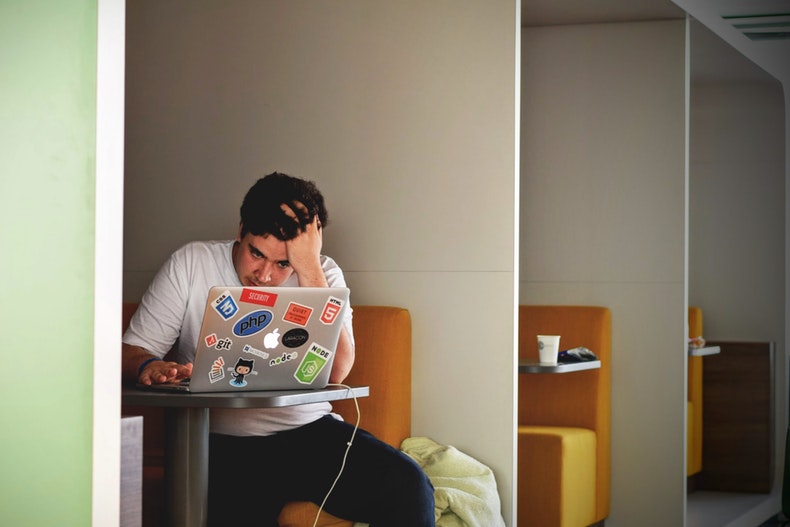 Is your computer not starting up at all? That means no lights blinking, no fans running, and a totally blank screen?

If that’s the case, then it’s probably a power issue.

Unplug your computer from a battery backup or power strip and plug it directly into a wall outlet you know is working. Also, if it’s a desktop, ensure that any other power switches are flicked on. In case of a laptop, ensure the charger is plugged to the correct port properly.

Boot problems can also occur due to a failing power supply. So, if the troubleshooting tips given in this guide don’t work, it’s time you consider changing the power supply in your computer.

More reading: ‘Why won’t my Chromebook turn on?’

If your computer starts up, but you see nothing happening on the screen, the chances are your machine might be booting and the monitor just isn’t displaying it.

Make sure your monitor is properly plugged in and set to the right input. You will also have to check whether the cable connecting the monitor to the PC hasn’t come undone.

In case these solutions don’t help, try plugging your computer into another monitor or even a TV via HDMI if you don’t have a second. If it’s working, well, the good news is you only have to replace a monitor and not the whole computer.

Does your computer startup, freeze, and then display the feared “blue screen of death?”

Your system is likely suffering from a driver issue, a bad application, or a hardware quirk that’s triggering complications on boot. If possible, Google the stop code that appears to check if you can get any insights into what’s going wrong. (Hint: use your smartphone.)

Before trying to fix the problem, boot into safe mode. You can easily boot a PC by pressing F8 in Windows 7, but it is a complicated procedure in the later versions of Windows. One hack in such a scenario is to interrupt the boot three times by pressing the reset button, and you will be taken to the Automatic Repair screen where you will find the Advanced Options to boot into safe mode.

Furthermore, if there is new hardware that was recently installed, try uninstalling its drivers as well. If you think some new applications could be causing the problem, get rid of them temporarily and test it out.

Your computer starts up… Good! But then a black screen appears and says “no bootable device” or “disk error…” Bad.

If this is the issue you are facing, then your computer is having problems booting from the hard drive. Try inspecting your computer’s boot order setting by entering the BIOS or UEFI firmware setup screen.

If you can’t find the hard drive shown in the list, chances are your hard drive has failed. On the other hand, if everything appears fine, you might have to run the startup repair operation by inserting recovery media or Windows installation.

When All Else Fails

If none of the steps given in this troubleshooting guide helps, get your hard drive out of the computer, and plug it into a working PC using a USB adapter, enclosure, or dock. If the drive is still working, you won’t lose any important data. You should then do a search for “computer help near me” on Google and make sure to read the reviews. It’s time for a professional look at your beleaguered machine.