The traditional office has not yet become extinct, but its future seems uncertain. With other options to consider, companies of all kinds are moving away from such time-tested but frequently unsatisfying arrangements.

Coworking has become the first choice of an increasing number of forward-thinking businesses. Bean counters and executives find much to like about coworking, and that is just the beginning.

Opting to have employees gather in a Shared Workspace frequently ends up being the best way to boost productivity and a host of related metrics. When employees are given the option to use coworking spaces, they have been found to rack up significant improvements on established measures of thriving at work.

There are a number of reasons why this happens so reliably, some of which are not always obvious. Understanding the four factors that contribute the most to the successful use of coworking space can easily pay off. 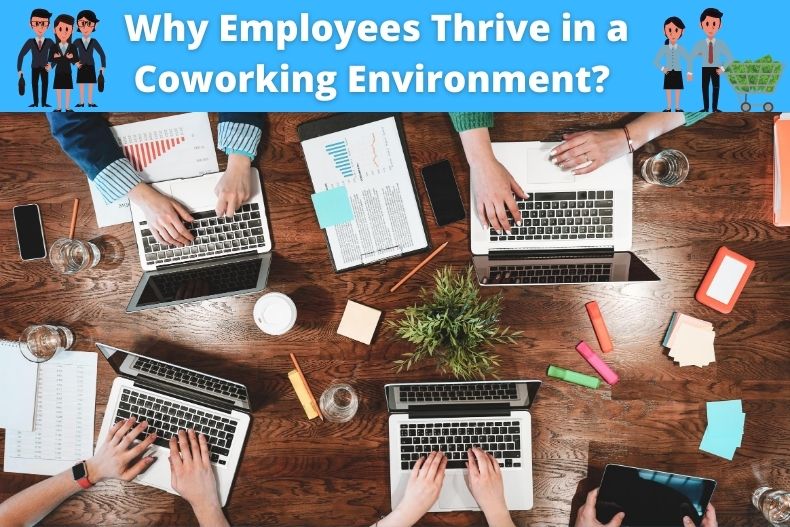 The conventional offices to which so many workers are still tied are mostly designed to be restrictive and even stifling. Managers of decades past have often felt that only by keeping a tight rein on their underlings could they extract the most output from them.

That is starting to seem like an outdated take, as the way workers thrive in coworking environments shows. Because they are designed to accommodate a vast range of habits and work-flows, coworking spaces tend to allocate plenty of control to those who use them.

When workers are given the right types and levels of control, they almost always figure out ways to become more productive. Whether that means stopping by after normal business hours or breaking up the working day, coworking spaces make it easier for rank-and-file employees to thrive.

Seeing the same handful of peers every day can start to seem boring even for those who are normally comfortable with routines. Coworking spaces tend to feel far more dynamic and engaging than conventional offices, and that gives rise to increased feelings of community.

Being positioned in a coworking environment can even mean beginning to feel like part of a vibrant global community. Employees who have access to coworking spaces tend to form relationships and commitments that make them more productive and satisfied with their roles.

Many modern corporations come to seem soulless and sterile even to those who are most devoted to helping them succeed. Coworking environments do away with such feelings by allowing workers who use them to pursue their own preferred forms of meaning.

That might be thought to conflict with the control every company needs to have over its workers. In practice, the pursuit of meaning as a user of coworking spaces tends to align nicely with responsible, reliable attention to existing duties.

No one wants to feel like a mere cog in a mindless machine. Coworking spaces are typically brimming with creative types and entrepreneurs whose activities liven up the days of other members.

Being in close proximity to professionals who are not bound to particular employers encourages workers to stretch their own wings in satisfying but safe ways. Many employees who switch from conventional offices to coworking characterize the move as feeling especially liberating.

Managers and executives sometimes feel anxious about how employees will respond to coworking environments. Studies show that most who make the transition end up thriving, for the four reasons above and others.