There are very few people out there who haven’t found themselves behind a transport truck on the highway at some point or another. It’s especially hard not to think of some of those big hauls laying on the back of a flatbed truck and not wonder what’s keeping it secure and in place. The answer is that it’s usually ratchet straps doing that job.

Ratchet straps act as a kind of a seatbelt for big hauls and they actually somewhat resemble them, as well. They are most often associated with transport trucks, but is that all they’re used for? Here are a few other ways that people use ratchet straps: 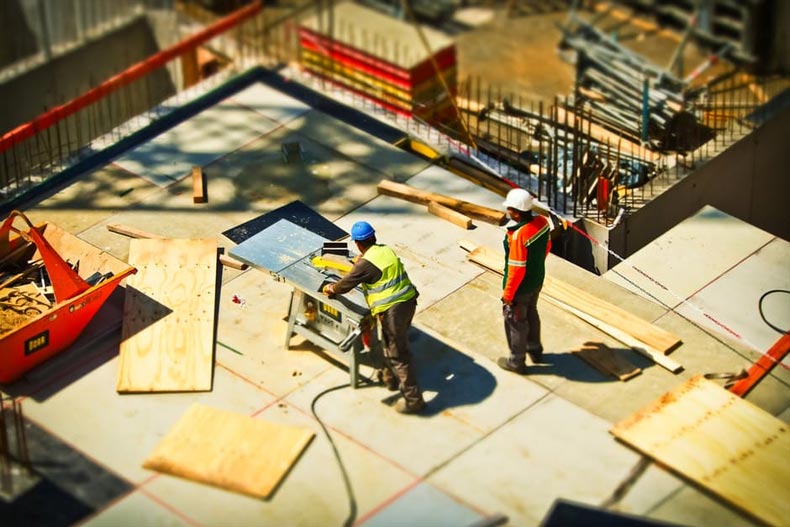 To secure items on regular vehicles.

Professional truckers aren’t the only people who have found a use for these handy devices. After all, if they’re tough enough to secure those big hauls, then they are more than adequate to a regular civilian’s needs, too!

Most people who use them find that they’re great to use on the back of pick-up trucks and in trailers where large, bulky items need to be kept secure so that they’re not moving around too much during transport. So, people use them on a smaller scale for transport, as well.

Some woodworkers use them.

That’s right, those talented people who make furniture and artwork need something to keep the wood in place while they work on it. In some cases, a traditional clamp will do, but the shapes of some woodworks require something more flexible. That’s where a ratchet strap comes in to save the day.

They can be used for storage.

For people who have garages, barns, or sheds, storage space can be eaten up faster than anyone ever thought possible. There always seems to be a need for more space, however, and ratchet straps are a clever way for people to secure objects that have to be kept several feet off the ground. This takes advantage of all of that wall space just going to waste!

They are a great replacement for rope.

When it comes times where people need to put rope to good use, ratchet straps are just as durable, and in many cases are actually safer to use.

As a temporary bandage. For items that have suffered damage and need to be transported somewhere for repair, they might be in such a state that they’re already on the verge of falling apart and may not make it through all of the bumps and stops before reaching the repair shop. A few ratchet straps can be used to keep things together until then.

They can be used to keep bikes secure.

It’s become a common sight during the summer to see vehicles of all types with a bike rack on top of them, complete with a few bikes for transport to trails in parks across the country. It’s also a wonder that many of them don’t fly off with the slightest bump!

They are a handy thing to have around when moving.

Everyone remembers from their childhood or as an adult the experience of their parents or themselves renting a moving truck. After it rolls into the driveway, everyone then proceeds to fill it with lots of furniture and heavy appliances.

We’ve all done it, but keeping furniture from getting scratched or damaged is something that a lot of people leave to chance when they don’t have to. The best way to make sure that furniture and appliances arrive in one piece is to keep it in place with a ratchet strap.

They’re not only great to keep items secure once they’re on the truck, but ratchet straps can also be used to keep furniture secure while they’re being moved out of the house. Keeping heavy furniture strapped to carts when moving can be tricky, but those same straps are a great way of keeping them from falling off.

They are almost essential to have when transporting a car.

No, there aren’t many people out there who end up transporting a car on the back of a truck, but it can happen. In those cases, they need to be properly secured as no one wants to see a car rolling off the back of a flatbed truck in their direction! Once again, ratchet straps are a safe and secure way of accomplishing this.

They are used in muddy situations.

Cars can get stuck in the mud, and it’s actually quite common for people to use ratchet straps to pull them out of it.