As technologies are emerging, so is our approach to working and employment. It was predicted that by the year 2020, 7 billion people will be jobless while only 2 billion will be employed. When you look at it, such prediction poses an alarming threat to new graduates, the inexperienced, and the not-so-into regular jobs type of people. Now, take heed because Crowdsourcing might just be the solution to this problem.

CrowdSourcing is a kind of online matching service between a company who wants to outsource a job/project and a company who is looking for a job/project. This service is defined and invented by Jeff Howe and Mark Robinson as editors of Wired Magazine.

Simply defined, Crowdsourcing represents the act of a company or institution taking a function once performed by employees and outsourcing it to an undefined (and generally large) network of people in the form of an open call. This can take the form of peer-production (when the job is performed collaboratively), but is also often undertaken by sole individuals. The crucial prerequisite is the use of the open call format and the large network of potential laborers.

Professionals who take jobs and projects on crowdsourcing sites are called “freelancers”. They are not tied up to an 8-5 job, works usually at home and does not go to company office, and is not employed with a fixed contract to a company.

On crowdsourcing websites, there are a lot of professional freelancers such as designers, software engineers, and writers who would rather be the master of their own craft at their own time. You can access them whenever and wherever you need a workforce.

Outsourcing to a specialist who possesses the skill you need can solve problems like the lack of resource (especially for startups), flexibility management and operation control. Online Task Outsourcing is an emerging industry that signifies credible solution to people who wanted to do and bring more. Crowdsourcing also provides you with all the function you need in order to have effective results from freelancers.

Stephanie Leffler, CEO of Crowdsource presented her idea in one of the TEDx Conference where she made a very good point.

1 in 3 Americans are freelancers. By 2015, 1.3 Billion people will work virtually. This is evident by the way people approach their jobs and job title these days. She says 30% of the people who belong to the millennial generation (those who are born after 1980s) would leave their job if they get a better offer, which is so very different from the concept of the prior generation. Web companies such as Google and Amazon has a staggering rate of employment tenure of only a year. They like to think of themselves as mini-entrepreneurs who can move around from one company to another bringing their uniqueness and get compensated for it. With this, they have to change how they access labor.

Outsource to a Professional Freelancer

When setting- up your startup, there is a need to make a lot of important materials. This is why we recommend that you utilize Crowdsourcing Services to help you settle down. Recent studies show that 55% of companies have adopted Crowdsourcing Services in 2014, and more so in the future. There are various workforces you can order online – from making a logo, business cards, brochure, websites, web systems, applications, programming source codes, writing articles, language translations, motion pictures and other specialized things. Even simple operations such as data encoding, virtual assistance, answering surveys, product sampling and others can be remedied in crowdsourcing services.

You can avail the following services through any of these Service Marketplace. 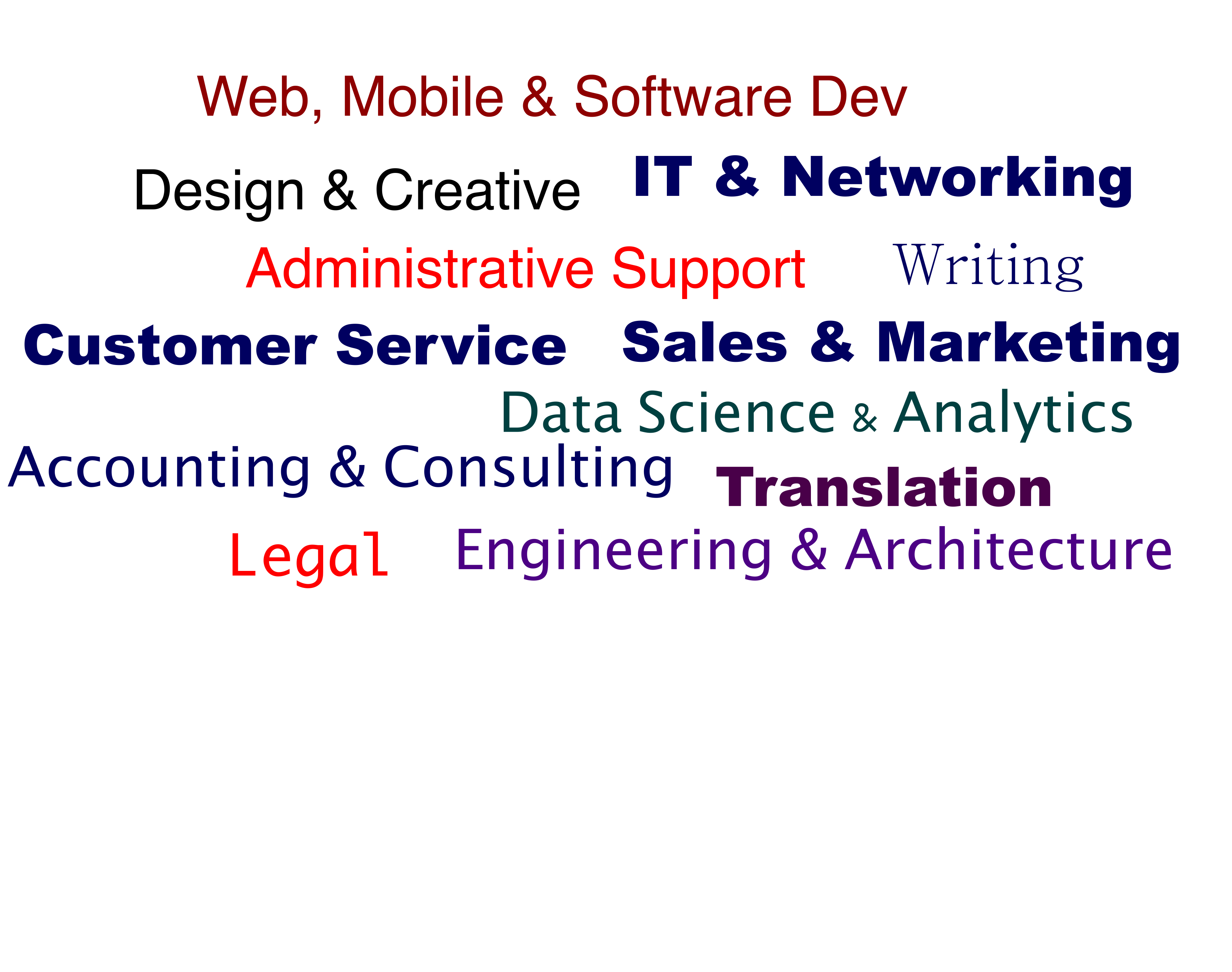 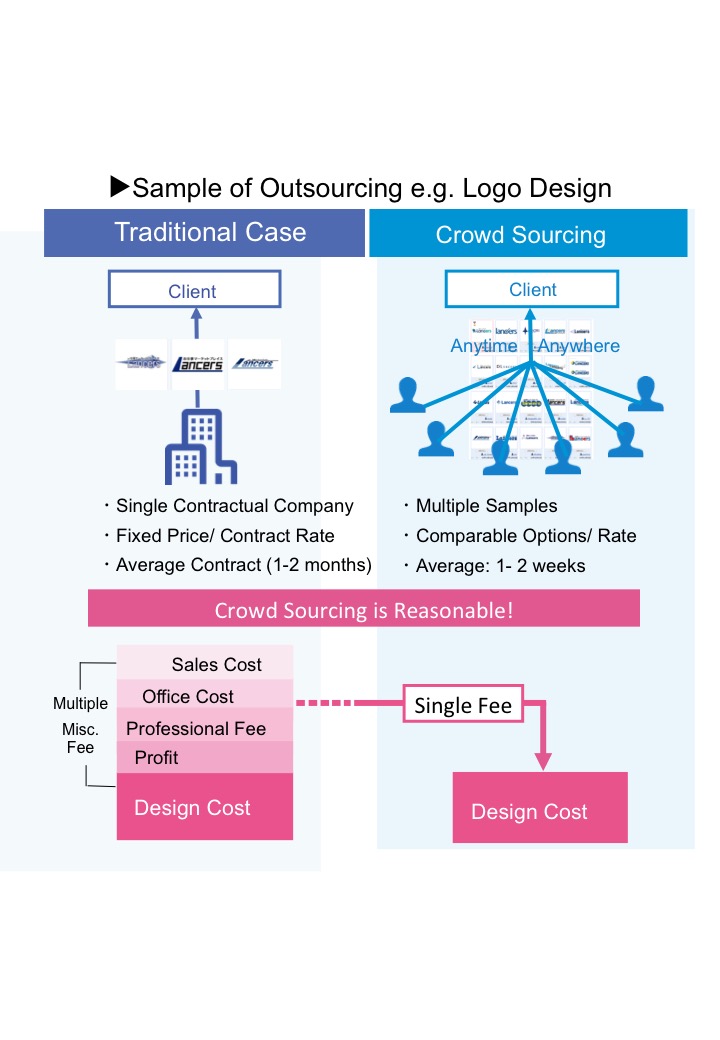 The future is here and now. This is the solution that could meet our needs in a world where there are possibilities everywhere you look. You can refer to the services of: 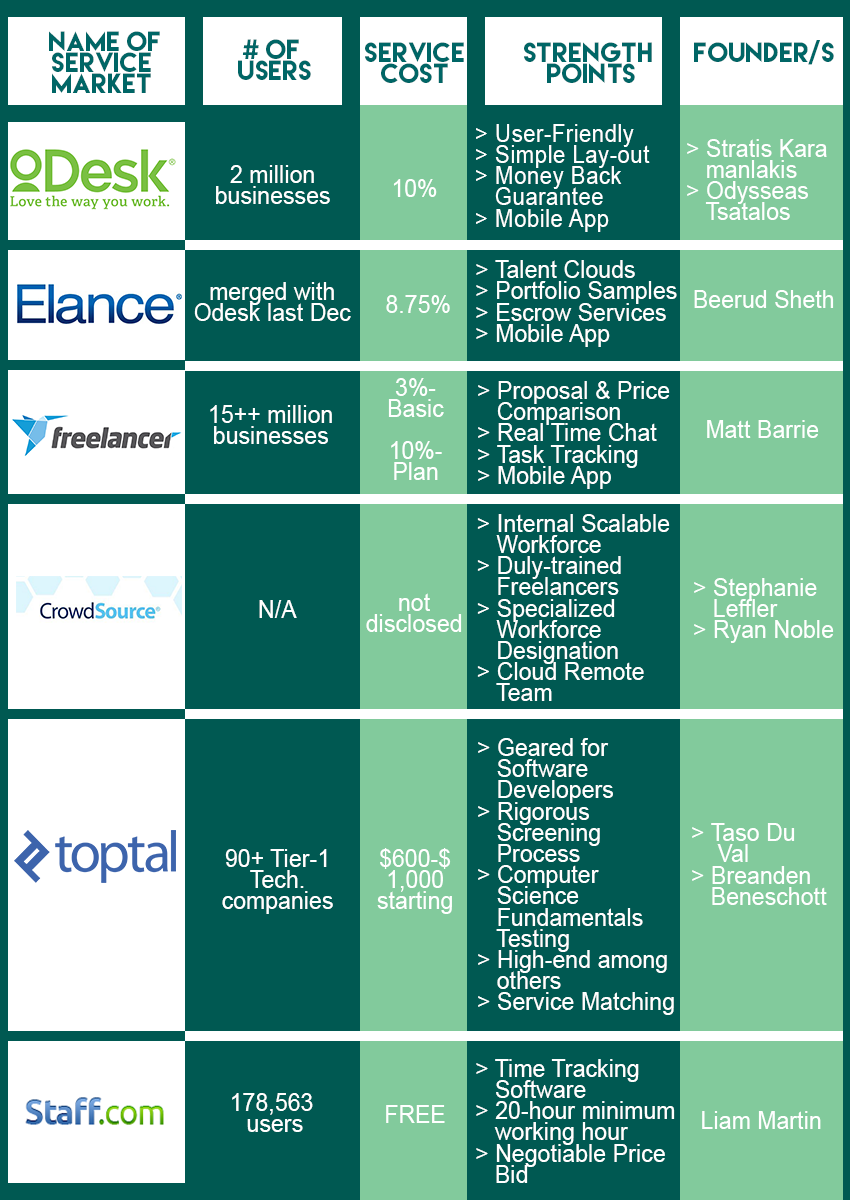 2 thoughts on “Crowdsourcing Talents: The Future of Employment”