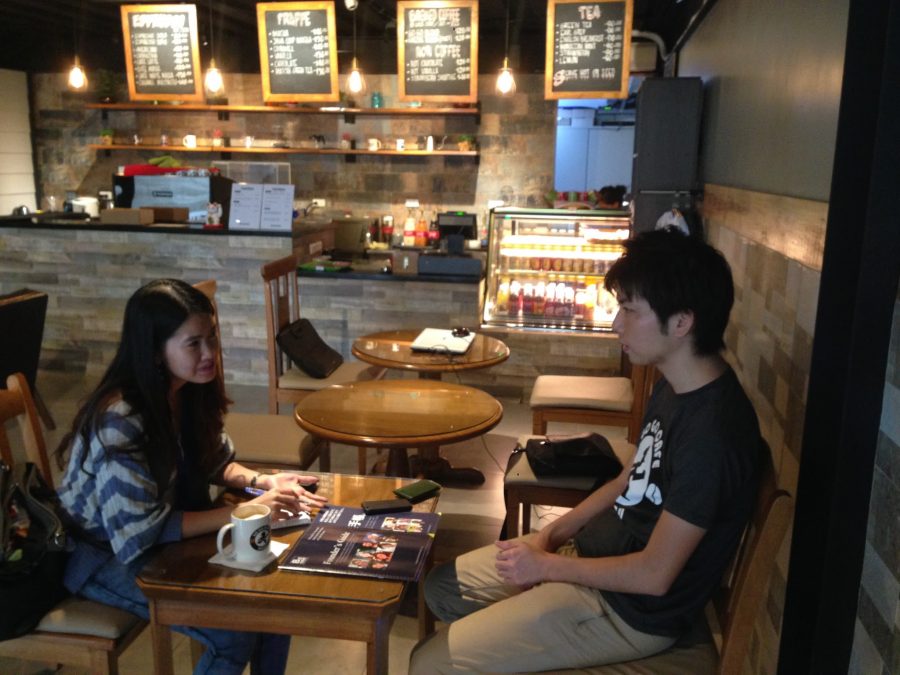 With his distinct orange coolers, Go Morita was difficult to miss on the sidewalks of IT park. These days, however, you won’t see him on the sidewalk anymore since he is busy manning his new cafe.

Go Morita is a Japanese national who gained fame for his inexpensive yet yummy sandwiches and onigiri. In fact, he got so famous that people would be lining up on the streets just to buy his food. If you’re looking to try his dishes, you’ll find him at Go Go Cafe—located on the ground floor of JDN Square, P. Remedio Street Banilad.

How did he manage to open his own cafe after just less than a year in Cebu? When we explored Go Go Cafe, we sat down and had a chat with Go on why he decided to establish his business in Cebu.

From the Corporate World to Entrepreneurship

After graduating at the age of 22, he went on to work for a big Japanese consultancy firm and received national qualification as Business Consultant from Japan’s Ministry of Economy. At the back of his mind, however, were plans to start his own business. Four years later, he obtained his MBA at the Hosei University in Tokyo, where he learned more about Southeast Asian countries. He toured through Cambodia, Thailand, Malaysia and more to scout the market. He focused on Southeast Asian countries because developing region showed much promise.

He started to save money for his own business when he was only 20 years old. He worked hard from Monday to Sunday for 8 months in Japan to save money for his plans after becoming an MBA graduate. He really didn’t get any day off time. Apart from the sales commission he earned from his day job, he also worked part time at night as a barista in a bar in Ginza. All in all, he worked 16 hours everyday. He left Cebu once he gathered enough funds.

Young people in Go’s country are generally encouraged to find a stable job as a salaryman after graduating from university. This was the normal Japanese mindset. Go’s previous company, however, was the opposite, encouraging most of their staff to open their own business.

Go made it his personal goal to become a self-sufficient entrepreneur. He chose Cebu because he thought it was a nice place and found it relatively safer compared to the other countries he visited. Another plus point is that Cebuano people can speak English really well. Go likes Cebu so much that he wants to settle down here for good.

Before launching his food business, Go conducted his market research and he found out that Cebuanos loved rice and anything fried. He also discovered that not a lot of restos are offering tonkatsu so there aren’t a lot of competitors. Go wanted to test the market in a way that the risks would be minimal. So he decided to sell tonkatsu sandwich and onigiri as a sidewalk vendor in IT Park.

The Birth of Tonkatsu Man

Go is very hands-on when it comes to his business; he did everything by himself. He made sandwiches at 1am in his apartment and rarely took breaks. From Monday to Saturday he makes sandwiches and onigiri to sell. On his first day of selling, he made 20 sandwiches but only 10 were sold. In the succeeding days, however, whatever he made was always sold out. Every day, 100 pieces would be sold out.

It wasn’t long before word-of-mouth made “tonkatsu man” famous in IT and had customers lining up for his tasty treats even before Go’s arrival. He was soon featured in blogs, in Facebook posts and even in an article in the local newspaper. He created a Facebook page Go Go Tokyo, which went from 800 to 8000 likes after the media featured him. He has created a new page for his cafe, Go Go Cafe, which doesn’t have as much likes as the first one but it’s gradually gaining momentum.

Go started his business with one cooler but eventually he had to purchase an additional one to accommodate the growing clientele (99% of which are Filipinos) which made commuting via jeepney difficult so he started riding a taxi. Now that he has his own store, he no longer needs to commute. Even though the location is a little out-of-way, loyal customers and new ones still make an effort to go. And when they do, Go is there to greet them with a happy smile.

Language is not a barrier

When Go landed in Cebu, he didn’t know much English but that didn’t stop his desire to start a business. Instead of going to English school like most Japanese did, he found his own ways to master the language. While making sandwiches, he would listen to English stories and repeat the words for practice.

He would befriend his customers and gain their trust. He would network only with Filipinos at first because he really wanted to practice his English. Other Japanese would invite him to events but he refused so he could focus on building his Filipino network.

The networking paid off and even if he didn’t go to a formal language school, he managed to learn the language. After only over a year, his English level is now intermediate. 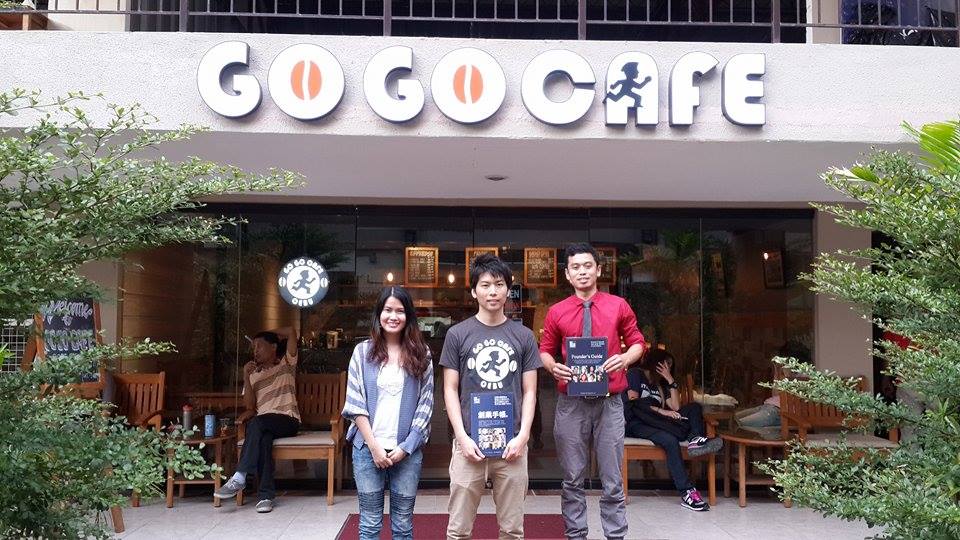 At the time of our interview (November 2015) Go disclosed how major networks approached him for an interview. However, he put them on hold because his cafe was still in soft-opening phase. He wanted to establish his business and work on hiring more people. Recently, Go was featured on Rated K and GMA, proof that his is a story worth sharing and emulating.

Go Go Cafe is the fulfillment of a dream, one that Go never gave up on. This proves that hard work and determination does pay off.