If you are a part of a small business, money is an important asset for you. You cannot have large marketing budgets or humongous advertising plans, which cost significant amounts of money. It is essential to have a plan in place that is both low budget and effective. The best form of marketing that has grown by leaps and bounds over the past few years has undoubtedly been video marketing. During earlier days, video marketing was primarily restricted to the television and very limited on the mostly text-based internet.

However, with the growth of YouTube advertising and streaming services, as well as smartphones coming into every hand, the impact of video marketing has increased significantly. Add to this the fact that free or low-cost video making and editing software and portals have also correspondingly increased, and you have a genuinely low-cost marketing alternative.

Here are the pros of video marketing, keeping small businesses specifically in mind. 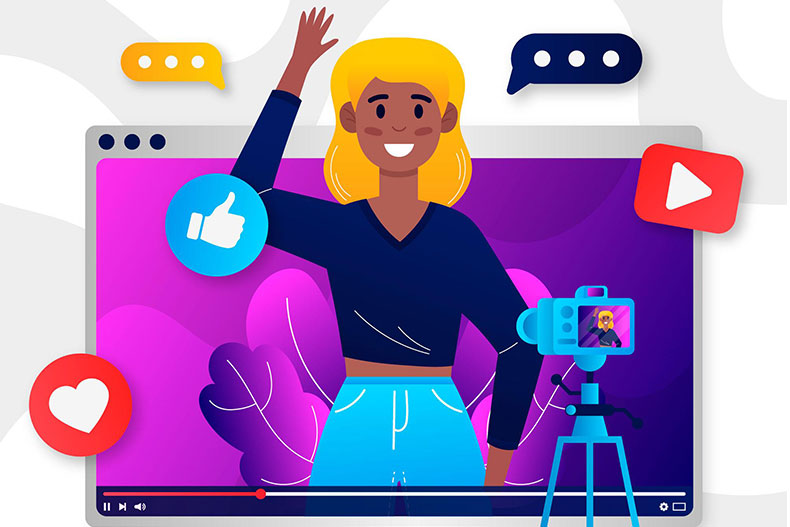 The first ten seconds are an essential part of your video marketing campaign. Given the fact that most video hosting portals give users the option to skip ads or navigate out of them in the first few seconds itself, your ad is likely to be viewed entirely only if it is striking enough for the viewers to be interested. It is no longer possible to be in the faces of consumers through the kind of mandatory advertisements that television offers. You need to be exciting and attention-grabbing to be noticed.

Search Engine Optimization is among the easiest, but also the most time-consuming ways to get your brand noticed. It requires all parts of your video, including the meta title, metadata and video title and description to be appropriate for being discovered using search engines, so they appear higher in search results than they usually would. This enables the video to be discovered faster and much more often by users.

The call to action is among the oldest methods of advertising. It has been extremely impactful, and it is hence prudent to include a call to action in your video marketing campaign as well. The call to action should ideally be included at the end of your video, and should tell the viewers where to go to do what you want them to do. For example, if you want them to know more about your product, it is important to provide a link, preferably a hyperlink for YouTube ads, to redirect them to a webpage where more information may be available.

Advertisements should never be tiresome or wear the viewer out, regardless of how interesting or captivating they are. There can be a difference of a very short length between what might be considered an advertisement, a presentation and a short film. It is important to keep your advertisement short and sweet while delivering the entire message you want it to deliver to the user. Facebook video ads can be your first choice in making short videos. It is easy to start making Facebook video ads and kick start your marketing campaign in full force.

The growth of social media has also contributed to the growth of advertising as well as video marketing. Social media platforms such as Facebook and Twitter offer a large user base for brands to advertise to, as well as several economical advertising options for these brands. Social media platforms are the ideal place for small brands to advertise since they are cost-effective while offering a huge base.

The easiest way to advertise your brand while saving significantly on cost is to go viral. But do remember, in your attempts to go viral, you are competing with millions of other users who post a video every day. Everyone needs the greatest number of views on their video. Your video needs to stand out significantly to go viral, but once it does, the costs of advertising often drop to an insignificantly low level for your brand, at least for a short period.

Platforms like YouTube, Facebook, and Twitter have the option to view videos and ads on mute while you are browsing your feed. Unless you click on the video, the video plays on mute and the only way to access the voiceover or dialogues of the video are through subtitles. Now imagine the disadvantage if your ad does not contain subtitles! Hence, it is very important to add subtitles to your video so that it is understandable by all.

If you are an entrepreneur starting out with a small business and hope to grow your brand leaps and bounds, through video marketing you can achieve this goal.