Did you know that waiving insurance deductible is illegal in most States? Why? Because it leaves all parties involved exposed to fraud. Contractors might be sending false information to insurance companies on the costs of repair. Also, it might trick homeowners into committing a felony. That’s why most states have strict laws in place to curtail this sort of practice. Not only protecting the insurance companies interest but also ensuring that the homeowners get a quality job. Most contractors that waive deductibles will likely make up the difference by either cutting corners or using sub-standard products. 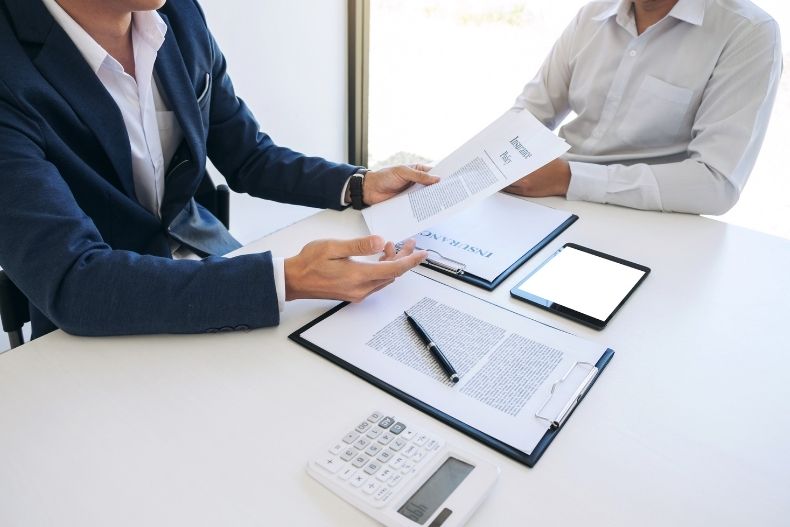 A COPAY Or A Deductible is the amount of money a homeowner has to pay from their pocket before an insurance company is willing to help out with a claim. It is an amount an insurance company has stipulated into the contract. You choose your deductible while you’re building your policy and don’t have to pay it until you need to file a claim.

Certain policies have what is called “a waiver deductible clause” that lists key situations where the poly-holder doesn’t have to pay a deductible in the event of “certain” claims. For example, a “Larger Loss” depending on your contracts working might make it possible for you to waive a deductible if the claims exceeded a certain pre-established value. Normally these waive deductibles come into play when there is a cataclysmic loss, like a fire or a complete rebuild.

This is the only legal reason as to how a deductible can be waived… If the insurance company approves it. Otherwise, a homeowner has to pay his deductible before a claim can be processed and, in essence, work on the house can commence.

You’re probably asking yourself if a constructor – out of the goodness of their heart – helps me avoid the deductible what’s the harm? Well, the reality is that both parties, the homeowner, as well as the constructor, have skin in the game when it comes to deductibles. The homeowner can’t get the full amount of his claim unless he shows proof that they’ve canceled the pesky deductible – a canceled check, a money order receipt, a credit card statement, or a copy of a payment plan like the ones we offer in Fund My Deductible. And, the contractor can’t start on a project unless they get the money for it from the insurance company; some might even lose the opportunity due to red-tape.

Contractors and homeowners who try to waive their insurance companies are in violation of the law and can be fined or even go to jail. Also, if it never comes to that, and the insurance company is never aware of the felony and it’s never reported, there’s a possibility that the contractor will either overshoot their estimate or give the homeowner shoddy work to cover the cost of the deductible.

It’s illegal and sketchy and most homeowners are advised to steer clear of contractors that practice waiving deductibles.

Waiving copayments or deductibles is a violation of your contract with a private insurance institution. It is a felony and one that’s heavily frowned upon not only by the state you reside in but by the company that has given you coverage. Even waiving a small portion of your deductible is considered fraud because in essence your claiming a wrong charge for your contractor’s service. Your contractor might have suggested it, they might have even given you the estimate but YOU are the one that’s filling the claim.

Waiving off coinsurance, not only in homeowner policies but in health insurance, raises potential issues with Federal Anti-Kickback Statutes, Federal False Claims Act, and dozens of state laws. Additionally, the insurance company might repeal the claim and even drop the homeowner altogether from the roster. All these issues have made the US Department Of Justice take a staunch stance that it is unlawful to waive deductibles in any type of insurance policy.

Legal ways to waive off deductibles

As we’ve stated, depending on your policy’s wording, certain claims don’t have deductibles. If a claim exceeds a certain amount or is a total loss your insurance company will proceed to proceed with your claim without the need for a deductible. This is only possible in catastrophic events where your home was partially destroyed or altogether unsalvageable. Why? Because in many cases you won’t rebuild, hence there is no deductible to first finance.

Certain companies offer insurance on deductibles. For a monthly fee, they can finance your deductible if a claim is ever presented. The disadvantage in this is that you’re now paying TWO bills for one service and I’m many cases those companies also have a cap and a service fee if you ever need to file a claim.

You can also get a loan to pay off your deductible. In this case, depending on the amount and the rates you’re given, you might end up further digging your financial grave. Rates for deductible loans are high.

Contact experts and special services to help out in negotiating your deductible with your insurance company. Insurance companies, despite the press, aren’t greedy monsters only out for blood and cash. They can be reasoned with.

It is important to note that there are quite a few ways to find some leeway on your deductible, primarily financing it. Unless you’re paying in full you might have to opt for one of these options, some of which we’ve marked above. The problem is that most are rather complicated and challenging. They require weeks, even months of negotiation, and some are incredibly expensive due to finance rates.

There is, nonetheless, a more advantageous way to face your deductible challenges and qualms… With the use of the Fund My Deductible app. It is a smart and easy solution that’s compliant with the law. You can find out more about Fund My Deductible here. Fund My Deductible works on a simple to follow financial plan that is established between you and your contractor, it is legally binding and works within the guidelines of the law and your insurance company’s parameters.