The Bangko Sentral ng Pilipinas (BSP) Cebu, together with the Philippine Information Agency (PIA) and the Cebu Blogging Community (CBC) held a forum last June 23, 2016 at the Bangko Sentral ng Pilipinas regional office. Attended by Cebuano blogging advocates and members of the media, the forum tackled some of the most important issues pertaining the use of the Philippine peso bills. 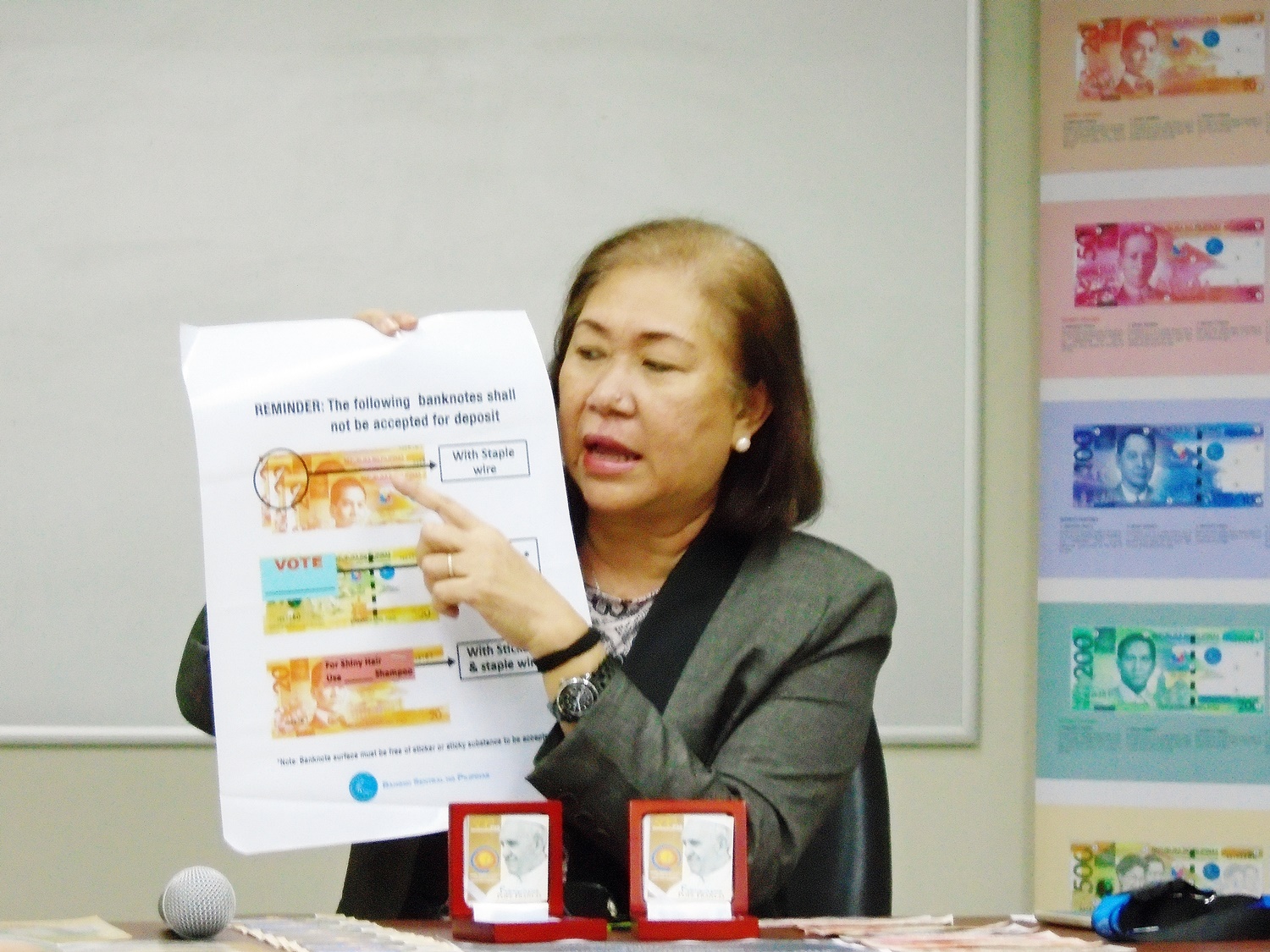 Spearheaded by BSP Regional Director, Atty. Leonides B. Sumbi and in line with. BSP’s Clean Note Policy, the gathering aims to inform the public about the importance of keeping the Philippine peso bill clean and free from any kinds of physical damage, including, but not limited to heavy creases and inscriptions.

Why You Should Care

If you are guilty of writing your cellphone number on a twenty peso bill in the hopes of finding your one true love, this is why BSP wants you to stop:

If a money bill is mutilated, it will be shredded or demonetized by the bank.

Mutilated currency notes include those bills that are badly soiled, joined together by an adhesive tapes, and scorched. It also includes those bills that have stickers and stapler marks on them. 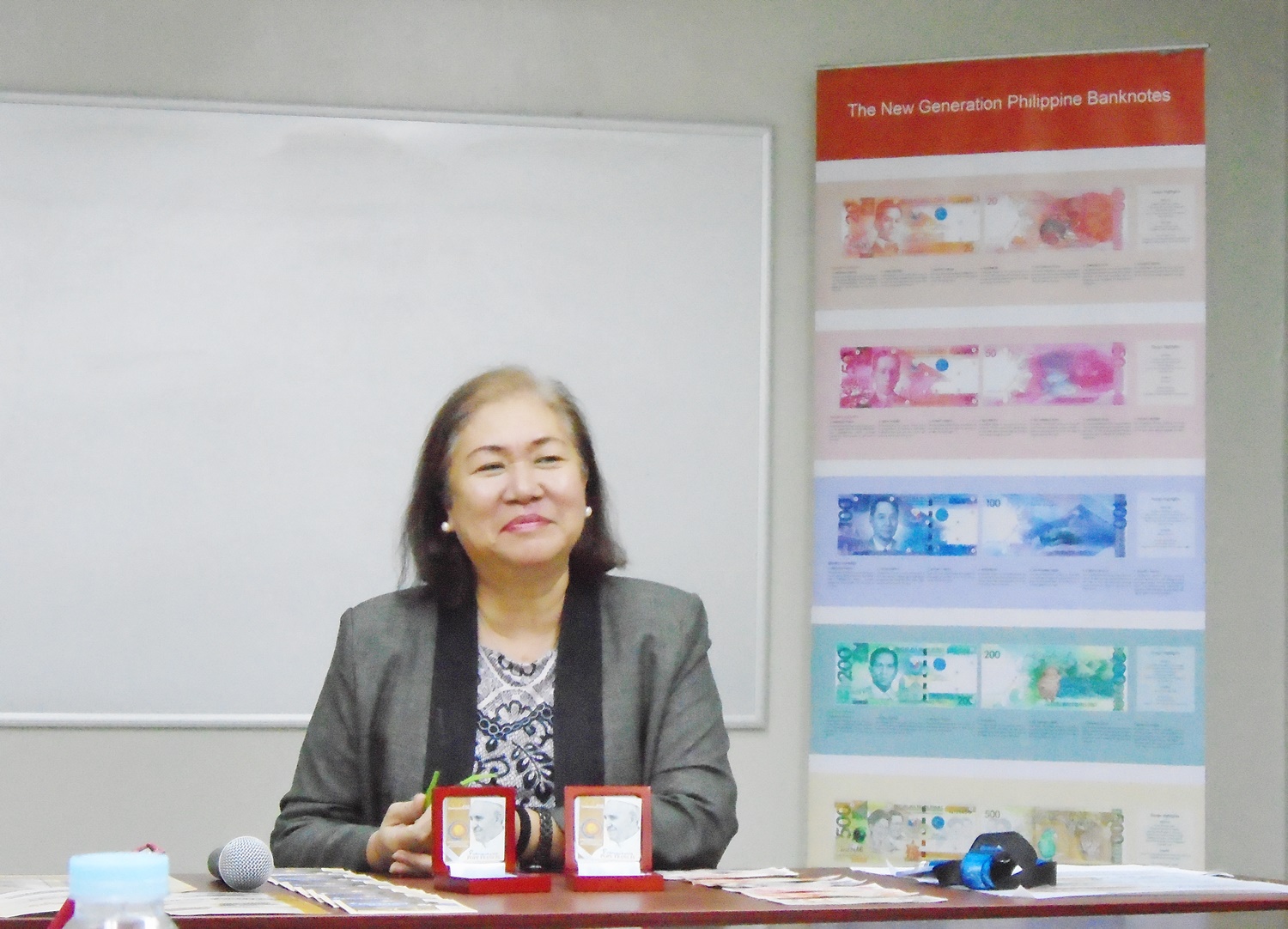 Why would BSP dishonor mutilated bills? The answer is simple. Bank machines cannot read or identify them during its counting. Moreover, if a currency note is so mutilated, it will be more difficult for anyone to determine or check its embossed part. The bill’s embossed part is one major indication that a bill is not a fake. 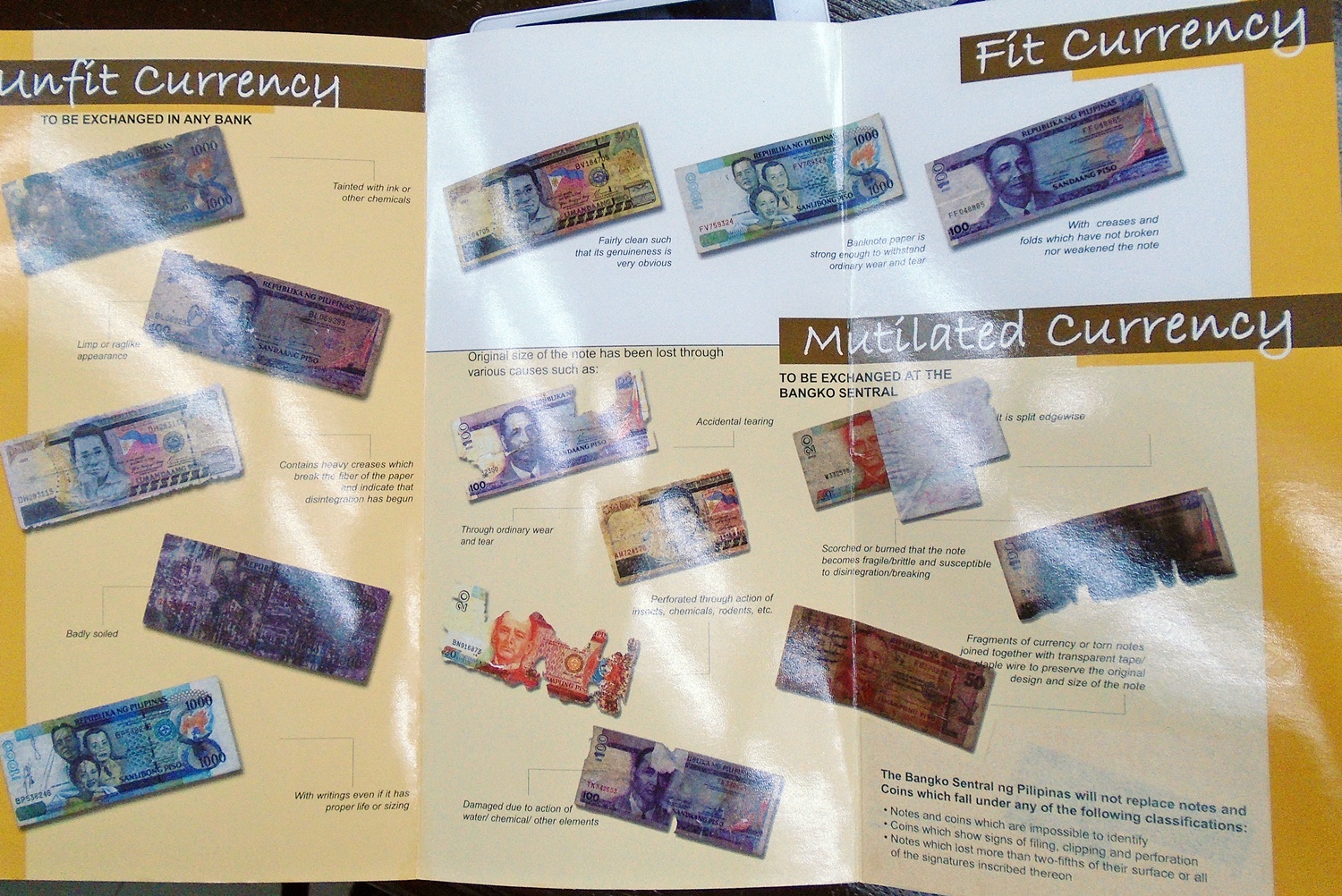 First is that the bank will be forced to shred the money and release a new set of currency notes.

The second one is that banks will be penalized if they submit mutilated money to the BSP.

As part of BSP’s regulation, banks have to submit a certain amount of money to BSP. However, If the money submitted by a certain bank is mutilated, BSP won’t accept the money and penalized the bank. Who will be held liable for the penalty? The bank tellers.

Since they are held liable, bank tellers will have the penalty fees deducted from their salary. So if you don’t mutilate money, you will be helping both the government and the bank tellers.

How to Spot Fake Money and Avoid Scam

According to Atty. Sumbi, even bank tellers find it hard to detect fake bills. However, she gave the forum attendees two effective tips on how to spot a counterfeit.

If you have doubts whether the bill is fake or not, check the embossed parts of the bill. The phrase ‘Republika ng Pilipinas’, and the signatures of the president and the BSP chairman are the embossed parts in a Philippine peso bill.

Atty. Sumbi said that most fake money bills have a smooth overall surface.

The regional director reminded the attendees that BSP doesn’t hold any sort of raffles and promotions via text messages. BSP encouraged everyone to report to their nearest office if they encounter any fake money bills.

What Are Commemorative Coins and Where to Get Them?

Aside from the reasons why Filipinos should take care of the peso bills, the production and the cost of commemorative coins were also discussed in the forum. Commemorative coins like the Papal coins are issued in order to commemorate a specific event or person.

Most of the commemorative coins issued by the BSP are made out of precious metals like gold, nickel and silver. Their prices vary depending on the metal used to make them.

As you may or may not heard, on January 1, 2015 the BSP started demonetizing the banknotes launched in 1985. Demonetization is the process of removing the monetary value of a currency. It is done to protect the currency from counterfeiters.

There are a number of distinguishing features between the old and the new banknote series. One of them is the appearance of the new BSP logo in the new series of banknotes.
Some of the initiatives done by BSP to inform the public about the change include the following: printing tarpaulins, distributing shirts, and inviting bloggers to write about it. The schedule of the demonetization has also been posted on BSP’s website.

The most valuable input imparted by the forum is that the Philippine peso bill is not an ordinary piece of paper. Its importance is no less than that of our birth certificates and cedulas. How we handle our paper bills reflects our way of handling things.

Although no law has been imposed about the proper handling our country’s currency notes yet, BSP strongly discourages mutilating them. Become an advocate of the clean note policy. Share and practice what you know!