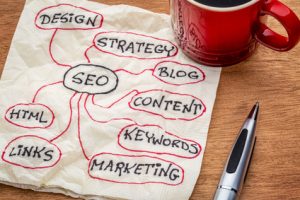 To Internet users, the importance of search engines cannot be denied. The search engine is a powerful web-based tool that allows you to search for anything that is floating around the cyberspace. Without it, most internet users would get lost across the wide expanse of the virtual world.
64% of web traffic comes from organic search according to a study. It shows that more than half of the time, people come to search engines first rather than directly going to a domain. Before the Internet, people go to yellow pages in search for something, but now, people type in keywords on search engines.
That’s why businesses need to develop Search Engine Optimization strategies to rank higher in search results, and therefore, get a better chance of getting accessed by consumers.

The table below shows the list of the top 20 countries with the most number of Internet users. These countries are listed with the search engine that is widely-used by the citizens, and also the runner-ups, or the second widely-used search engines. The “others” refer to the different search engines with very similar and small shares lumped together. The percentages are the market shares of the corresponding search engines.

The most recent statistics is of the year 2013

*Data is gathered from www.internetworldstats.com and www.mvfglobal.com.
These 20 countries generated 2 billion Internet users that is two times more than the Internet users compared to countries that are not included in the table totaling to 729.7 million. What we can gather from the table is that Google is the top search engine all over the world. Of the 20 major countries listed above, Google is the leading search engine among the 16 countries.

The top 5 search engine sites based on the 2013 statistics are as follows:

Founded by Larry Page and Sergey Brin who met at Stanford University. The company was initially named BackRub. Now Google is available in more than 100 languages in over 50 countries.

Baidu is a Chinese-based search engine. It is the most used search engine in China with 62% penetration. The company launched a Portuguese version in 2014, and is planning to expand further overseas.

Yahoo is also founded by two Stanford students, Jerry Yang and David Filo. It is important to note that Yahoo only holds a minority stake of Yahoo Japan. Yahoo has a huge global presence, and is the third most used search engine in the US.

The most used search engine in Russia. It has not yet established global presence, but it is the biggest in Russia with Google falling behind. Yandex’s biggest advantage is the ability to recognize Russian inflection in the searches made.

Bing is owned by Microsoft. It was first named as MSN search, then Windows Live Search, cut to Live Search, until finally it became Bing. Microsoft and Yahoo made a deal in which Yahoo Search will be powered by Bing although Yahoo gets to keep its name. 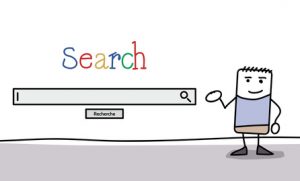 What makes Google so great as a search engine is that it returns very relevant results and features them at the top. It crawls URLs and digs millions of sites around the world that increases the chance for a user to find what they are looking for. It has also the ability to identify ads and separate them from the search results. Google has many features that allow users to get what they want without even opening the site. For example, if you search for a word, an excerpt of its meaning is shown below the site results ridding you of the need to open a link.

Also, Google is available in different languages making it the leading search engine in non-English speaking countries. Google is fast, easy, and aside from being the top search engine, Google is one of the best companies to work for. The company’s creativity and innovation does not stop on their driverless cars or the different doodles of Google. One can see pictures or videos of Google offices and you will surely want to work for them.
Google is dominating the market share of search engines, and is continuously growing, expanding, and accumulating. Even if all the search engines combined, Google is far ahead that it would take a huge amount of time before Baidu, Yahoo, Yandex, Bing or any other search platform can topple over it.

Google has 84.98% global search engine market share, while the rest combined only amounts to 10.69%.

Google is so phenomenal that it has become synonymous with the word search, just Google it!

1 thought on “Search Engines Across the Globe”