There are many reasons to develop a branded app for your business, with direct access to the users being the biggest reason of them all. When users have your app on their phone, they are just one or two taps away from engaging with your products, services, or content. You can also deliver a much better user experience through a native, branded app.

Of course, developing an app is challenging. You have to get it right from the start in order to get users excited and engaged. On top of that, developing a business app is a big investment and requires a good understanding of the market. To help you jumpstart your own app development project, here are the best business apps out there to give you inspiration. 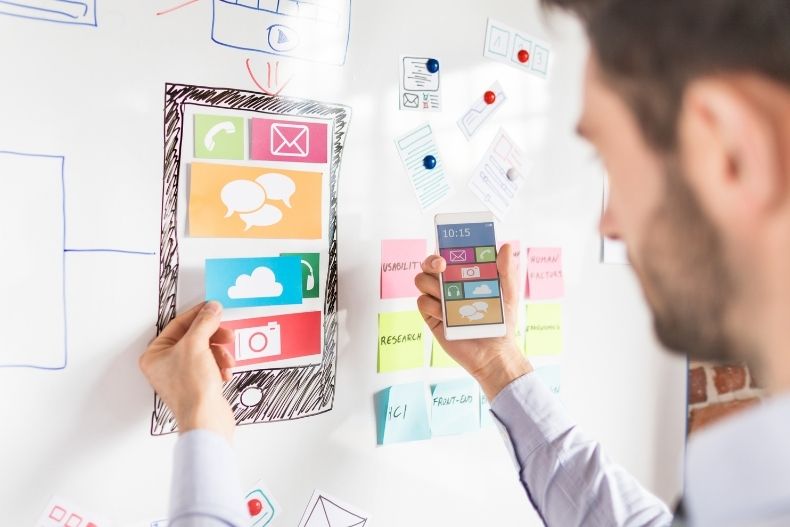 Starbucks has one of the best apps on the market right now. The app offers just the right number of functionalities, all while maintaining a positive user experience at every turn. The Starbucks app also works universally no matter where you are, turning the company’s global chain into a massive network of customers.

Starbucks has a reward card integrated into its app. What used to be physical cards are now converted into a virtual card that users will never forget to bring; after all, users always have their phones with them. The card can also be used to make purchases and acts as a virtual payment/gift card that works across all Starbucks outlets.

The app itself is heavily branded. You can tell that it is an app by Starbucks from the heavy branding elements you see throughout the user interface. However, the branding doesn’t make this app less fun to use. Features such as location-based outlet finder and exclusive offers make the app that much more appealing to users.

Another company that gets their business app right is Domino’s Pizza, particularly Domino’s Pizza USA. The same app is now being adopted across the globe, including in Asian countries like Malaysia and Singapore. Domino’s understands its customers perfectly and the app is designed to keep customers as happy as they can be.

For starters, ordering pizza and other items in Domino’s menu is a breeze. Customers can customize every aspect of their order with just a few taps. No other food business has the level of personalization that Domino’s offers in their apps. This makes the app a lot of fun to use; some users even ask for strange things (i.e. writing in the box) and post the result to social media.

And then there’s the legendary tracking feature. This must be one of the best app ideas of all time. Domino’s actually lets users track their orders in real-time, down to where the delivery vehicle is at. That adds anticipation as well as excitement to a task as mundane as ordering pizza. It also incites trust in Domino’s as a brand.

Nike’s most popular app is not a catalog of shoes and equipment. It is actually the Nike+ Running App, which has now become a big network of components designed to boost user experience to a whole new level. The Nike+ app brings value in the form of fitness tracking and assistance. The app becomes a staple app among runners.

Nike+ leverages social interaction by allowing users to post their runs on social media. At the same time, the app also allows users to compete with each other, friends to connect within the app, and for groups to share their workout plans and running trails interactively. The app tracks shoe usage and features some signature Nike shoes too.

Nike+ adds off-app elements to make using the app more exciting. The Nike edition of the Apple Watch works seamlessly with the app. Several Nike running shoes are also featured in the app. As part of a smaller campaign, Nike released smart shoes that help runners track their workouts better too. This was a simple running app, but it is now an ecosystem for running enthusiasts.

We really cannot talk about branded apps without talking about the Ikea app. The company didn’t just adopt agile software development perfectly, but also made the development of the Ikea app an example of efficient and effective development. The app is incredible on its own, offering a way for users to use augmented reality to try Ikea furniture in different rooms around the house.

Ikea app is notoriously reliable, and that’s because the company relies on agile and regression testing. A regression test ensures that all new features work well and don’t break existing ones before updates are pushed to users. With features as complex as augmented reality, regression tests become something that’s crucial to the success of the app.

You can learn more about regression tests and other testing methodologies by visiting Global App Testing. As the leading vendor for app testing – one that has been working with top brands with their own business apps – Global App Testing has plenty of resources to help you learn about how to deliver positive user experience consistently.

The last app on our list is SmileDrive from Volkswagen. On the surface, the app tracks your drives, lets you post travelogues and details, give you the opportunity to share photos and posts from those drives, and scores your drive in Smile Scores. Underneath that layer of fun social interaction, however, there is a vehicle maintenance app that assists users in more ways than one.

The app connects to cars (almost all cars under VW management, including Ferraris) and records the location, distance, time, and weather of every driving session. It gameifies driving by introducing badges and achievements, turning everyday drivers into enthusiasts in the process. The app also gives recommendations to help users keep their cars in good shape.

All of these business apps have one thing in common: they deliver real value to the users rather than being purely promotional. If you want to develop a successful business app, think about how you can solve users’ problems and enrich their lives with the features you offer.