The Biggest Franchising Companies and the Stories Behind Them

For business franchisers, franchising is a strategy for increasing market share. It is a way for companies to distribute their product or services in a wider market without the added liability and investment.

For franchisees, franchising is a way of opening a business without having to start from scratch. It means owning the license to use the name, business model and the support of the franchising company within an agreed period of time.

Whether you are a franchiser or a franchisee, or none of both, it is interesting to learn about the companies leading the franchising game. You might have wondered why some businesses have branches almost in every turn of the corner; and the answer is the business model- franchising. Below is a list from franchisedirect.com of the top 10 franchising companies. The list is based on the growth, sales and market value of each company. As of 2015, these are the leading franchising companies all over the world:

Locations: 44,033 in 110 countries
Industry: Fast Food Restaurants
Founders: Fred DeLuca and Peter Buck
Country: USA
Year Founded: 1965
Profile: Subway is the largest restaurant chain in the world. The submarine sandwich is the primary item in their menu. It all started in 1965 when Fred DeLuca borrowed $1000 from peter Buck to open “Pete’s Super Submarines”. It wasn’t until 1968 that the restaurants were renamed Subway. In 2007, the company surpassed the number of McDonald’s in the USA. And in 2010, it has become the world’s biggest restaurant chain.

Locations: 36,000+ worldwide
Industry: Fast Food Restaurants
Founders: Richard and Maurice McDonald
Country: USA
Year Founded: 1940
Profile: McDonalds is the world’s largest hamburger restaurant chain. The company was founded in 1940 when the two brothers Richard and Maurice McDonald opened a barbecue restaurant. Due to the continuing problems of the brothers, Ray Kroc bought the business for $2.7 million in 1961. McDonald’s has been facing a lot of controversy regarding health, environment and employment throughout the years, but it has managed to remain one of the top companies in the world. 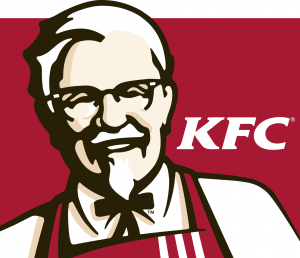 Locations: 17,000+ in 115+ countries
Industry: Fast Food Restaurants
Founder: Harland Sanders
Country: USA
Year Founded: 1930
Profile: Have you ever wondered who the bearded man in the KFC logo is? He is Colonel Harland Sanders, the founder of KFC. He was given the colonel title in Kentucky for the success of his restaurant business. At the age of seven, with his father dead and mother working, Colonel Sanders learned how to cook as the eldest son in his family. The Colonel’s recipe proved to be successful not only in his dining table, but in the restaurants that he opened in 1930. Now, the company is one of the leading chicken restaurant chain all over the world.

Locations: 55, 800+ in 16 countries
Industry: Convenience Store
Founder: John Jefferson Green
Country: USA
Year Founded: 1927
Profile: Contrary to the popular belief that 7-11 was founded in Japan, the company was founded in USA on 1927 by John Jefferson Green who sold egg, milk and bread in an ice house. The business grew and many stores were opened. The stores were formerly named “Tote’m Stores” referring to the customers who “tote” their purchases. It wasn’t until 1946 that it became 7-11 referring to the 7 am opening and 11 pm closing hours of the stores. The company was going strong until the 1987 stock market crash. Ito-Yokado bought a controlling share of the company, and then he formed the Seven & I Holdings Co. In 2005, Seven & I bought the rest of 7-11 which explains the confusion as to the country of origin of 7-11. 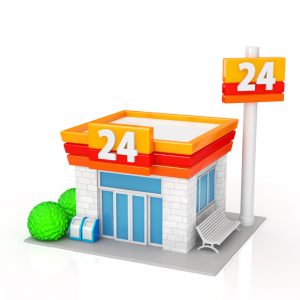 Founder: Walter L. Jacobs
Country: USA
Year Founded: 1918
Profile: The company was in 1918 when Walter Jacobs started renting Model T Ford cars in Chicago. Jacobs was the pioneer of the car rental business. Now Hertz has over 9,000 locations worldwide both company-owned and franchised.

Locations: 15,000+ in
Industry: Restaurants
Founders: Frank and Dan Carney
Country: USA
Year Founded: 1958
Profile: Pizza Hut is the world’s largest pizza restaurant chain. The business started in 1958 when the brothers Frank and Dan Carney borrowed $600 from their mother to start a pizza parlor. And now look at how many branches of Pizza Hut there are in the world today. $600 can take you far if you provide good products and services along with smart business management.

Locations: 4,600+ in 70+ countries
Industry: Home Improvement Retail
Founders: Richard Hesse, E. Gunnard Lindquist, Frank Burke, Oscar Fisher, William Stauber
Country: USA
Year Founded: 1924
Profile: The company was founded in 1924 as a general supplier for the founders’ stores. The name Ace was from the “ace” fighter pilots of World War I. It is continually growing, and as of 2015 it has over 4,600 branches worldwide.

Locations: 7,200 worldwide
Industry: Hotels
Founder: Trammell Crow
Country: USA
Year Founded: 1981
Profile: Trammell Crow founded the company on 1981, and the company name Wyndham was allegedly after a woman friend of Crow named Wyndham Robertson. The company continued growing and accumulating throughout the years. It is the world’s largest hotel company with more than 7,200 hotels, and over 600,000 rooms worldwide.

Locations: 14,000+ worldwide
Industry: Food and Grocery Retails
Founder: Geoffroy Guichard
Country: France
Year Founded: 1898
Profile: The only company that did not originate from US to top in this list is Groupe Casino. The company was founded in France on 1898. The founder Geoffroy Guichard originally started the company as a grocery store. The business grew, until it became a company. It continued acquiring throughout the years. It is currently operating worldwide with more than 12, 000 stores both company-owned and franchised.