Basically, in every race, country and organization there’s always been gender inequality or should I call it an obvious difference in population genders usually engaged in top industries. An obvious example is the Technology world in which researchers have found women to hold little, going to no positions in the world of tech. For example, some organizations which are popular in science, and engineering, have a wide difference in the number of their male workers and the female workers, let’s say 70 to 30 and that is by far a very wide gap between the genders of the male and female.

To reduce the inequality between both gender, organizations which are focused to improve women’s involvement in technology, engineering, science and some other aspects have been springing up and has yielded abundant results through the help of NGOs which has helped increased the encouragement of women into the tech world.

STEM, with appropriate and right motivations, has been working on how to encourage women to get into the technology industry and also created bodies that have only one purpose, which is to help the female gender in the technological world.

These establishments have not only been working on how to help women get established in technical mastery but they also run specific programs, organize classes, embark on camp projects locally for the female gender to get trained in the knowledge of engineering. Maybe, just maybe they will have a passion for tech and engineering. With the recent researches and the comparison to the last dozen years in the world of technology, only 2% of the wide gap has been successfully breached. This means that the idea behind establishing these organizations is working but it is too small to cover the enormous range of differences that still persist. That’s the main reason there is a need for strategizing and reassessing of our methods and plans but first, we have to redefine our goals and what women representation mean in the tech industry. 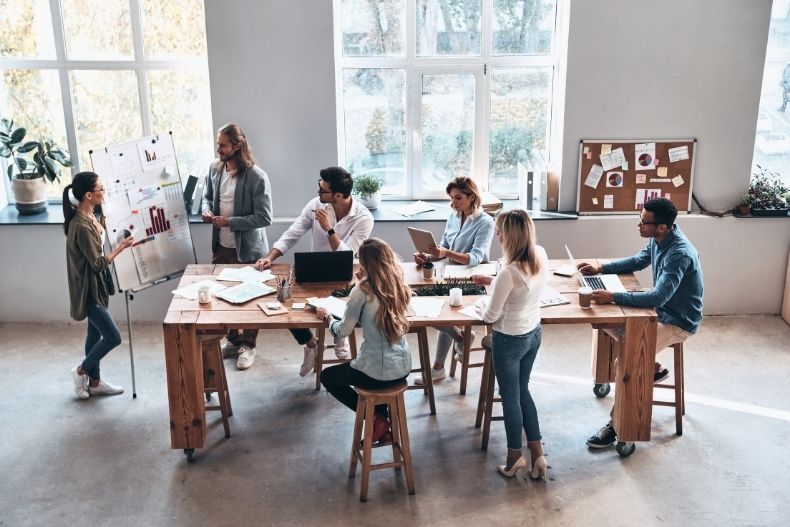 What does the current statistic of the female presence in tech mean?

The employment of the female gender in all areas of life, especially in the world of technology is one thing that shouldn’t be overlooked but encouraged, supported and not discriminated against. As a matter of fact, a higher chance of women being better leaders and more competitive in the world if given a chance exists but instead of giving them a chance, society tends to discourage their involvement in various industries and particularly the world of technology. With time, if care is not taken, there will be a drastic reduction in the women that are actually involved in technology and science respectively and it will not be as a result of hiring problems anymore, it will be because of attrition.

For example, facts have revealed that a rough estimation of 40% to 30% of tech companies prioritize and encourage women hiring in their companies which is a low number of women being hired in engineering companies. Therefore, companies are meant to encourage, hire and get women to be involved in the technology like never before and the only way possible to achieve that now is to get women involved at higher levels so that women can support and bring themselves up the ladder which will, in turn, propel their involvement in technology.

Do the differences in payment because of gender still exist?

Discrimination in the technology world affects the hiring, involvement, and pay range of women. A general survey of employee in technology companies was carried out and it was discovered that only a little percentage of all the men complained about their payment scheme as low while more than half of the women consistently complained of being undermined and underpaid. Discrimination and no transparency in payment still exist but are not common in all places, where women are paid less and maybe not counted as important because they are seen to be of the ‘weak’ gender.

A good example is a tech company where the workers complained about being paid low. The total percentage of those who complained was above quarter of the company workers and those that complained were those who were paid lower amounts when likened to their male colleagues.

How many of both gender have experienced gender discrimination at their place of work?

Gender discrimination is seen as favors being granted to a gender unfairly at the expense of the other rather than treating both of them equally. In the workplace, both men and women are facing gender discrimination where one gender is being given a better chance and a better hand over the other. For example, men may face gender discrimination when the management over-favors women or the management love to impress women to get them while the men tend to suffer and get played in the game. Or a gender bias where the management tends not to favor women because they think women aren’t good enough for the job or they just don’t want them at work, other times, it’s the pay that is low compared to the male gender.

The correspondents of about one thousand, two hundred and thirty-three were asked if they had experienced or are currently experiencing discrimination at their workplace. Note; the correspondents are a sandwich of both genders. Their answers gave a measurable difference and brought clarity to the fact that gender discrimination is evident and exists towards women.

In both genders, a varying degree noticed discrimination and others who did not notice. As a matter of fact, the women usually notice gender discrimination being done to another female colleague or other coworkers but when the males were asked whether they noticed their colleagues being a victim of discrimination, some of them confessed that they hadn’t really noticed even when the women had complained of seeing other women get discriminated, and a large number of the men had said they hadn’t seen anything. We can then conclude that men don’t notice when discrimination is happening to the female gender around them or they just turn a blind eye?

Why are there more men than women in technology?

In this current world, the technology world is booming than ever before and much more profits are coming in compared to before and the difference in the engagement of both genders has not been closed which makes it seem like women are left out of this profitable career. In developed countries, technology is advancing and the industries producing it are fast-growing, there are new job opportunities being created, and new areas are being explored and the problem is women not getting themselves involved in the technology world now more than ever, whereas they ought to. A new survey even stated that in the last ten years, the number of women in technology hasn’t really moved from where it was last seen since then.

The question now is, why? What are the factors causing the drastic reduction in women getting involved in technology?

How can we totally erase the gender inequality in the world of technology?

The plan to make gender bias go away has been in place for years and ongoing until recently when the research was carried about gender bias in tech and its organizations, statistics then revealed that not much progress has been made in the last ten years. In fact, it was stated that roughly 2% difference has been made in the last ten years and still reducing because of the strong effects of the factors going against the female gender in the tech world. Seeing the turn of events and the possible drastic reduction of women who are already in tech in the coming years, some of the already established women initiatives are beginning to come up with preventive measures which may also serve as a permanent solution to women being left out of the tech world/ entrepreneurship/ workplace.

Some of the solutions are stated below:

If all this is done properly and effectively, let’s say in 32 years, according to the estimation that was done through the respondents, the gender gap will be closed perfectly and both genders will be on the same page and footing in the tech world.

Are there immediate solutions to gender discrimination rather than waiting?

Since it will take time to get gender discrimination out of the technology world, and the female gender is still experiencing discrimination in the tech industry, there may be things that can be implemented right now at the moment to reduce the risk of women going extinct in the tech world.

WeHireGbobally, WeHG, is a global PEO with an outstanding employer of record solutions that helps companies attract and retain skilled talents from anywhere around the world irrespective of their gender. We ensure that we bridge the gender gap of organizations with our EOR services while maintaining 100% compliance and risk mitigation. We manage the company’s payroll and taxes while the employer takes care of other HR and quality assurance responsibilities. 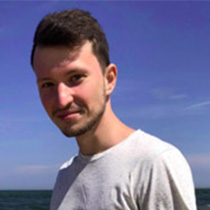 Vitaly Kuprenko is a technical writer at Cleveroad, a web and mobile app development company in Ukraine. He enjoys writing about tech innovations and digital ways to boost businesses.