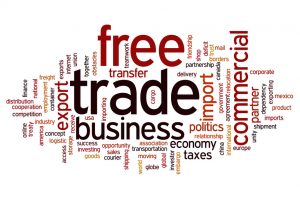 Asia-Pacific Economic Cooperation or the APEC Summit which has been going on for twenty-six years aims to create a free trade between the member countries, and to help each other monitor the economic growth and sustainability of each countries. Originally it was established to address the problem in trade tariffs and obstacles in trade. It started as an “informal ministerial level dialogue group” with 12 members including the United States, Australia, Brunei Darussalam, Canada, Indonesia, Philippines, South Korea, Japan, Malaysia, Singapore, New Zealand and Thailand.

What started as an informal dialogue to address the increasing interdependence of Asia-Pacific economies and the start of trade blocs on some parts of the world on 1989 with 12 countries, became an established forum that aims to create and maintain sustainable economic growth and prosperity in the region. Now with 21 member countries which represents more or less 3 billion people in the Asia-Pacific and Americas, and 44 percent of global trade, it’s goal is to promote free trade and economic cooperation throughout the whole region. The members aren’t bound by treaty and all agreements among the countries are voluntary and nonbinding.

APEC has developed a framework known as the “Three Pillars” in Osaka, Japan in 1995. It served as the guiding instrument in attaining the overall goal of free trade and investments.These pillars are good news to startups planning to venture to another country:

To protect domestic industries and goods, an economic policy is implemented by the government which is called protectionism. It implements tariffs, import quotas, etc. to protect the local businesses from foreign competition. As a result imported products tend to be more expensive. The first pillar aims to slowly remove and eventually completely remove these duties, tariffs, import quotas and the likes that would cheapen the prices of goods and commodities. With this, the government will not have to worry about inflation, thus economic growth for APEC members would be more visible.

This pillar aims to reduce business and transaction cost. The cutback in the production cost increases the trade, investment and business opportunities because the commodities and services become cheaper.

Through this pillar, APEC aims to promote continuous and all-encompassing growth and development in the Asia-Pacific, and improving overall economic and public welfare of all the citizens living across the APEC region. It also plans to provide training and cooperation through capacity building projects and activities among its member economies. EcoTech also prioritizes regional economic integration, addressing inclusive growth, improving and protecting people’s quality of living through sustainable growth, structural reform, and human security.
It’s been more than a decade since the APEC set the Bogor Goals in Bogor, Indonesia which states the “free and open trade and invesment in the Asia-Pacific by 2010 for developed economies and 2020 for developing economies.”

The following are the successful things that APEC has done for the twenty-six years since it was established:

By 2008 the APEC members have agreed to align a common standard in electrical and electronic appliances, food labeling, rubber gloves and condoms, machinery, electrical safety and electromagenetic compatibility standards. Through the Mutual Recognition Arrangements (MRA’s) the need for separate testing compliance would be eliminated. This would make the business expansion much easier, because the venturing company doesn’t have to worry about a different standard in a different country as long as it’s a member of the APEC.

Traveling from one country to another would be easier because of the APEC Business Travel Card (ABTC) scheme. For businessmen who wants to travel for business conference or the likes the ABTC is very helpful. It would save the time because it removes the need to individually apply for visas or entry permits and allows multiple entries into participating economies for 3 years within the cards validity. As of now there are 34,000 active number of cards with Australia being the highest.

The following are the countries that are member of the ABTC scheme. US and Canada on the other hand are still transitional members of the scheme.

With the internet revolution, the APEC targeted on the computerization of customs and other-trade-related procedures through the adoption of the UN/EDIFACT standard. It saves time and is a less hassle way to process the venture.
Every businessman would always aim for expansion on their business to the international market. Expansion means taking risks and preparing for the unknown, and it also means that there’s a bigger market to cater to, and a possibility of bigger profit. According to Ewing Kauffman the rate of business creation has been rising steadily since 2006, and according to money.cnn.com there are about 565,000 new business appearing monthly. More or less, most of them aims to expand their business and widen their market. That would mean one thing, expanding to another country.
Expanding to another country is a great risk and requires great work, not to mention huge amount of money. There are a lot of things to consider and a lot of work to do in order to be successful when thinking of expanding outside the home country.
It’s been 25 years; APEC has made a significant progress in promoting free trade. It’s a gradual process, but time will come that free trade would be available to all countries all over the world, and putting up business or expanding it wouldn’t be such a headache anymore. If in the coming years APEC will be successful in implementing its plans on free trade, and in completely eliminating the tariffs and duties, it means that going global would be less hassle and would require lesser time to process.