For the second time in the organization’s 26-year history, the Philippines is hosting the Asia-Pacific Economic Cooperation (APEC) Summit this year. The annual summit is a series of meetings to be held in different Philippine locations culminating in an Economic Leaders’ Meeting to be held Manila this November.

When APEC was first established, its main goal was to promote and improve economic cooperation across the Asia-Pacific region. Specifically, its objective was to promote a more open and freer environment for trade and investment among its member economies. Lately, it included financial development and regional integration among its objectives.

The Philippines’ hosting of the APEC summit this year

It has generated plenty of hype and interest. For some analysts, coming off several years of relatively strong improvements in macroeconomic fundamentals, the hosting of the APEC summit could not have come at a better time. When Subic hosted the summit in 1995, it was to show the world that we were able to transform a former military base into a bustling economic hub. This year, it is to show the world the Philippines’ progress in the past several years.

But how can business, and in particular, micro, small, and medium-sized enterprises (MSMEs) benefit from APEC? Will APEC help or hinder the development of these firms? As with most policy choices, there are two sides of the same coin.

Outcomes of the APEC present both opportunities and threats for MSMEs and startup businesses. The policies of financial development and integration and more open trade and investment, which APEC is geared to, present both favorable circumstances and challenges to these firms.

One of the major outcomes of the APEC Summit 2015 is the Cebu Action Plan (CAP). The CAP was launched in September during the APEC meeting in Cebu, Philippines. It is composed of four pillars: 1.) promoting financial integration; 2.) advancing fiscal reforms and transparency; 3.) enhancing financial resilience; and 4.) accelerating infrastructure development and financing. Framers of the CAP claim that when fully adopted, this will help small businesses become more resilient from shocks such as natural disasters. Of the four, this article will focus on the first pillar as it is the one that affects financial development and trade the most.

Access to finance is one of the largest obstacles to firm development. Thus, the development of financial systems is a great opportunity for startup businesses and MSMEs. If the financial systems among APEC economies are integrated, then financial institutions abroad will find it easier to penetrate the Philippine market. This can potentially increase the supply and lower the cost of credit due to increased competition in the credit market. The entry of more financial firms may also allow for penetration to market segments that are not usually reached by formal credit.
Financial development and integration can also expand the investment horizon of small businesses. Along with the CAP, the Philippines and six other APEC economies also agreed to pursue the Asia Region Funds Passport (ARFP).

The ARFP will make it easier for small firms to invest in financial instruments in the region. This is potentially favorable to domestic businesses as they can look for investment with the best yield not only in the Philippines but also in other countries.

A more open trade with APEC member countries can also potentially make it easier for MSMEs to purchase resources. With limited trade barriers, businesses can acquire resources more easily and at a cheaper price. Resources that are expensive when purchased locally may have imported counterparts that are cheaper. Moreover, resources that are only available abroad can be purchased at a lower cost. It will also lower the cost of exporting, thus expanding the business’ market for its products to include foreign consumers. Export is one of the key drivers of growth for many businesses that grew from a small firm to a multinational one.

However, financial development and integration, and open trade also pose potential threats to small businesses. One is increased competition for domestic firms. Foreign competitors who can produce their products at lower costs can substantially increase the competition faced by local firms that produce the same products.

However, a more open trade will be favorable to local businesses when the threat caused by increased competition is offset by the opportunities to tap foreign markets. This is one of the criticisms levied on the CAP. Advanced economies such as the United States and Japan can easily compete with products from the Philippines, but local products from the Philippines may not be able to compete, especially with the subsidies being given by advanced economies to their own domestic firms. Such “levelling the playing field” issues are some of the primary constraints why free trade agreements take years to materialize.

Another potential threat of financial integration is possible strong spillover effects of global financial crises to the Philippines. During the 1998 Asian Financial Crisis, the 2008 U.S. housing crisis, and the recent downfall of stock markets due to concerns on China’s economy, the Philippines was one of the least affected emerging economies in Southeast Asia. This earned the Philippines praise from observers and analysts who pointed out strong macroeconomic fundamentals as the cause of its resilience.

However, while it is true that macroeconomic fundamentals indeed contributed to the Philippines being less affected by these crises, there is another major reason for this. The Philippines financial system is not as developed and not as integrated as our more developed neighbors. Because of this, the Philippines was partially shielded from these adverse spillover effects. Financial integration may increase the country’s exposure to these risks; and small businesses may be those that will be most affected.

While the policy objectives of APEC have strong potential effects to small Philippine businesses, it must be noted that actual policies must be implemented first before these effects materialize. For instance, the CAP is nothing more than a declaration of principles. In fact, in its 26 years of existence, the APEC is actually relatively slower in transforming ideas into actual policies; as opposed to ASEAN, which is already implementing the ASEAN integration. Thus, while APEC is full of potential opportunities and threats for MSMEs in the Philippines, a lot more work needs to be done for these to materialize. 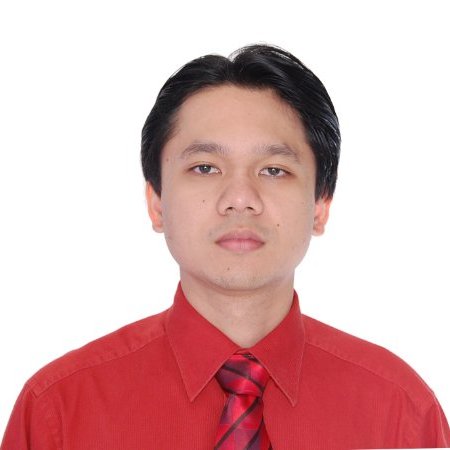 Economist
He is a former economist at the Asian Institute of Management Policy Center. He holds master's degrees in Economics and in Development Economics from the University of the Philippines