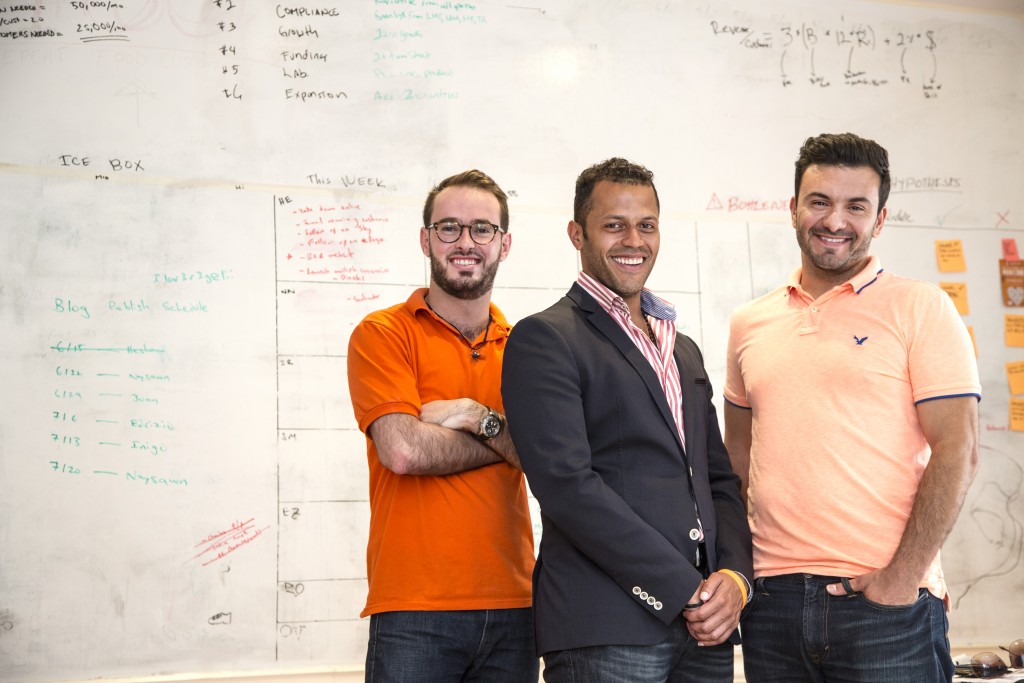 Edrizio De La Cruz left Dominican Republic to join his father in New York at age nine. When he was 18 years, he dropped out of college and became an airplane mechanic to help out his parents. This continued for three years until it hit him that this was not what he wanted to do. He went back to college and aspired for Wall Street—thus began the entrepreneurial journey of Edrizio and his company Regalii.

The inspiration for Regalii was based on Edrizio’s own experience. “As I emigrated from the Dominican Republic to New York in the 90’s, I used to send money back home to my aunt and grandma, but found the process costly, dangerous and not transparent,” he revealed. “Traditional cash remittances don’t solve the recipient’s (person back home in Latin America or Asia) problem.”

“As I emigrated from the Dominican Republic to New York in the 90’s, I used to send money back home to my aunt and grandma, but found the process costly, dangerous and not transparent,”

o Costly. Recipient pays for roundtrip transportation fees to pick up cash, then to buy groceries and pay bills. There is also the hefty percentage fee charged by most cash wire transfer services.

o Dangerous. Recipients, ⅔ of whom are women, still have to pick up cash in dangerous neighbourhoods.

o Misinformed. Sender has no transparency on how and when funds are spent; recipients can’t climb the economic ladder.

An Easier Way to Send Money Back Home

Regalii, a play of the Spanish word regalo or gift, is Edrizio’s solution to all the problems he pointed out above. “We’re the API that financial institutions and banks use to let their consumers manage all their family’s bills back home,” he said of Regalii.

He highlighted three major features of Regalii to solve the loopholes of current money transfer methods:

o Sender (U.S.) can track and pay all of their family’s finances back home, in one place from anywhere in the world.

o Financial inclusivity. If you have a complete picture into all of your family’s finances, you can make smarter decisions, even if they are 3000 miles away.

o $3 fixed fee for transactions, all data is free, and all SMS are free. It is 42% cheaper than sending
cash.

With Regalii, users can directly pay for their relatives’ bills abroad including utilities, tuitions, credit cards or mortgages. They are also utilizing mobile gift cards to deliver money to recipients. All these plus the transparency that Regalii offers to its users–with the record it keeps of all the transactions made on its platform–is what makes the company a truly innovative financial institution. 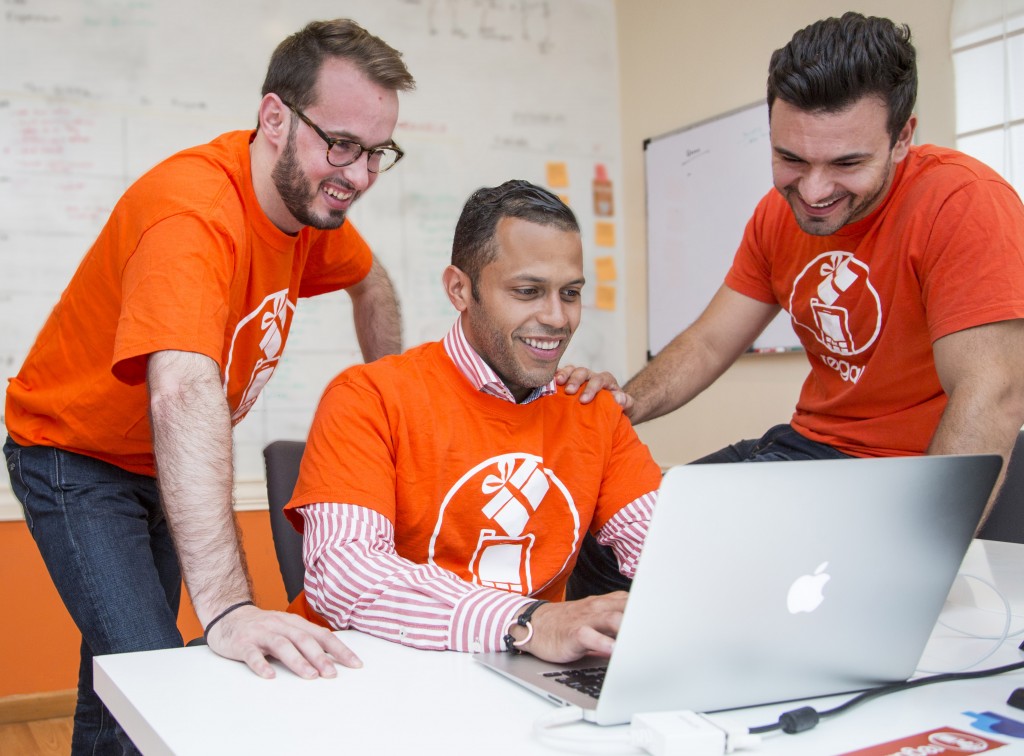 From humble beginnings to 1M transactions by 2016

Edrizio started Regalii in 2012, but it wasn’t officially launched until the summer of 2013. For the first few months, he had to use his own resources to run the company, though it wasn’t long before investors started taking notice and poured funding for Regalii.
“Bootstrapped first 6 months, then received grant from Echoing Green in ’12, and in ’13 went thru the Y-combinator incubator, which was a transformative experience both professionally and personally,” Edrizio said on how he got funding for Regalii. “We raised $2.5M a few months after demo day. Every mentor at Y-combinator had started and sold a company, so they can give you very actionable advice succinctly.”
Today, the company currently has direct partnerships with over 300 utility companies in Mexico, India, Philippines, Dominican Republic, Guatemala, El Salvador, Honduras, Jamaica, Panama and Nigeria.
“We recently passed 200,000 transactions and will hit 1M by June ’16,” Edrizio revealed.
Regalii has a lot of surprises in store for its users. “We’ve signed a total of 15 new financial institutions and banks, which we will be using our API starting in 2016,” Edrizio also announced.

The lessons he learned along the way

When asked how he dealt with difficulties in running his company, Edrizio’s response was a succinct “Whatever it takes.”
He explained how people often had excuses or reasons that hinder them from getting to the next stage (i.e., don’t have the right product, the right partnership, the right team). “Work with what you got! Where there’s a will, there’s a way.”

He cites an example of how when they started, they had a guy in the Dominican Republic, who was literally paying each bill manually. It’s proof that you can do anything if you are relentlessly resourceful. Edrizio also believes that resilience, not intelligence or pedigree, is the single biggest attribute behind startup success. “You will get beaten down over and over again. How quickly you can get back up with a smile on your face is 80% of success.” 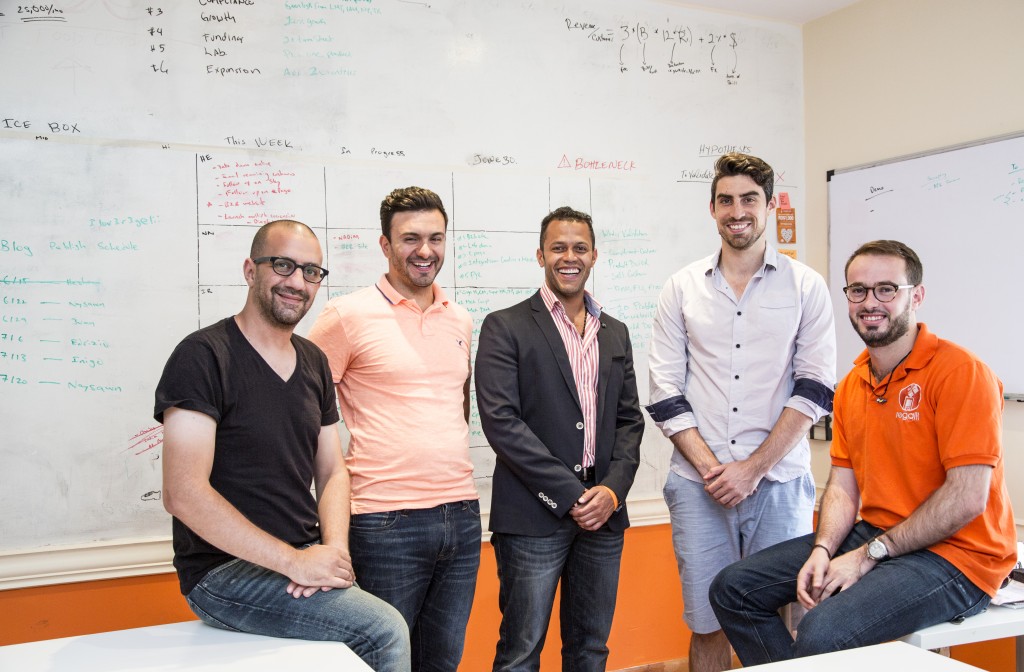 “Write one goal big on a wall, focus like hell to growing that every single week. This will come down to your team talking to customers or writing code, everything else –talking lawyers, investors, conferences, meetups– all a waste of your time. This is like startup kryptonite!”

“There’s no crying in baseball. Own up to mistakes. If your product sucks, be unbelievably honest on why. It’ll save you months of frustration. During Y-Combinator, we made this an actual policy; we’d call each other out on it regularly.”