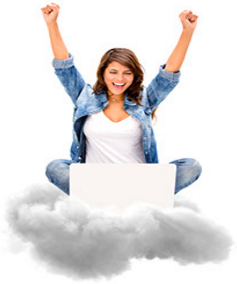 You’ve seen it many times. It’s a common story, one boldly printed in countless high profile business publications and romanticized in movies around the world. Go ahead, roll the dice. Drain your retirement accounts! Max out your credit card, and oh, while you’re at it, get three mortgages on your home. After all, you’re not a true entrepreneur/innovator/ideator until you’ve risked everything!

Burn those boats and give yourself no way to retreat!

See it enough times and it’s easy to believe that embracing a high degree of risk is a required pre-requisite to success. A badge of courage. A rite of passage.

But is it REALLY necessary?

The entire startup industry would have you believe it is. After all, developing ideas is a risky business.

Ask most investors and they will tell you that statistically, out of every 10 ideas they invest in, 6-7 will fail, 2-3 will break even and 1-2 will be home runs that will generate enough profits to justify the other investments.

This is a fairly accurate rule of thumb and these odds paint a very bleak picture. Bear in mind that these are professional investors, many of whom are at the top of their game.

Stop the madness…please! It doesn’t have to be this way!

As someone who foolishly embraced the “risk it all” mentality for many years only to watch its negative effects on not just myself, but those around me, I feel highly qualified to say there is another way. A better way!

Before I share it, let’s lay some groundwork with a few basic assumptions…

1. Risk is inherent in the development of every idea. It can’t be avoided.

2. Risk comes in many forms when commercializing an idea such as Human risk (what will people do next? How will they react?), Financial risk (the timing of cash flows, burn rates, insufficient funding, etc.), Market risk (will the market change or be disrupted to make existing products and services irrelevant), and the list goes on! But I think you get the point. Risk has many faces and they’re all ugly.

3. In the development of every idea, there will be failure somewhere along the way. We’re Humans, it’s what we do. This is how we learn, refine the idea, and eventually transform an idea into something marketable.

Wow, that’s really depressing. No wonder there is so much failure!

There is no need to risk it all! EVER! (Yes, I shouted that.)

Allow me to repeat it, because I know many skeptics out there won’t believe it.

There is no need to risk it all! EVER! (I’ll stop shouting since I’m losing my voice.)

At Innovative X, we use and teach a strategy for developing ideas that consists of three components: risk management, an effective process and validation. They work hand in hand to increase your chance of success and minimize the risk, but will only succeed if used together. 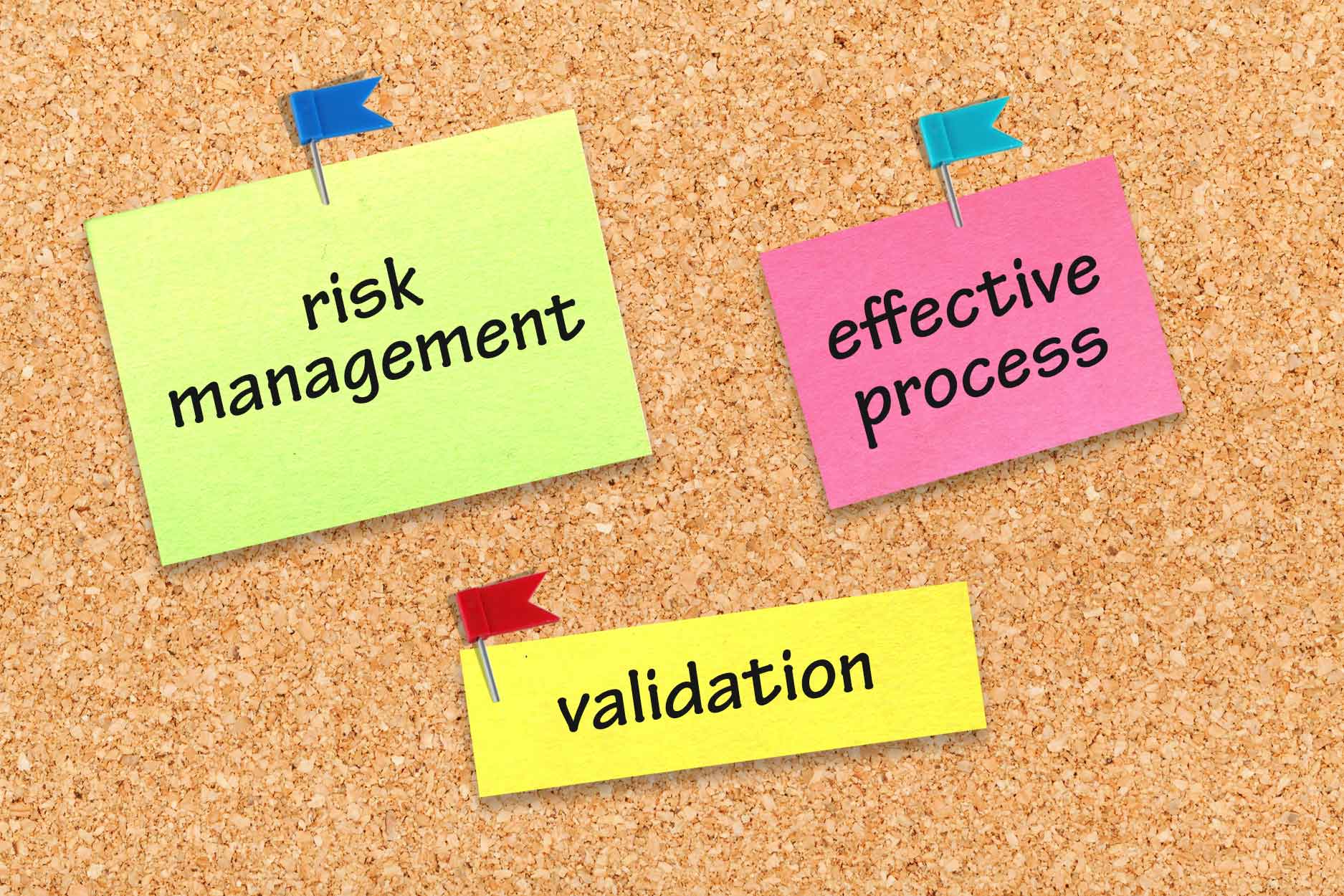 Volumes can be written about each of these components, so we’ll stick to the essentials.

The first part of our approach is to apply risk management. In the idea development process, failure will present itself eventually, and so the challenge of someone developing an idea is not to develop the idea; it’s to develop the idea in the least risky way possible. That way, when the inevitable failure does occur, it doesn’t sink the whole ship. Speaking of ships, they said the Titanic was unsinkable…

How does risk management apply to ideas?

Let’s use the word “conception” to refer to the birth of an idea. As the word implies, an idea is just a concept at this stage. Let’s think of this as “Point A.”

We’ll use the word “commercialization” to describe the point in time when the idea is a completely finished product/service as envisioned by its creator. This is “Point Z.” 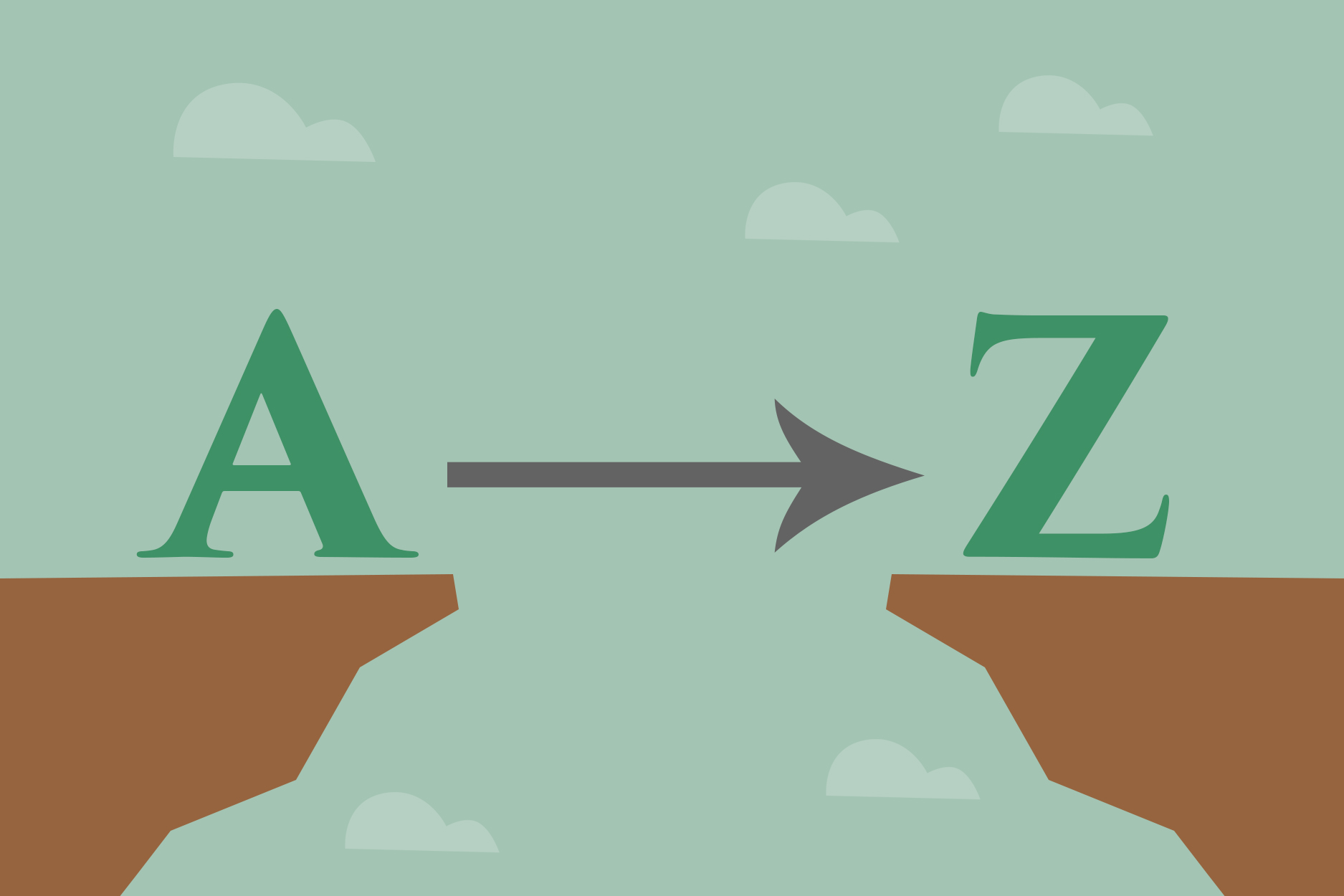 Now imagine that in order to jump from Point A to Z, you must jump over a bottomless hole in the ground. If you fail to clear the hole, you will fall in and plummet to your death screaming “when am I going to hit the ground” for hours (it happens more than you think!). Spoiler alert: for those who haven’t yet figured it out, the hole represents risk.

If that hole were only 6 inches wide, most people would feel supremely confident that they could jump over it and safely reach the other side. In fact, if someone didn’t clear it, they wouldn’t be able to fit down the hole anyways so the danger is almost non-existent! Theoretically, you could sprain an ankle or break a toenail if you were wearing sandals, so there’s always some degree of danger. (There are some very uncoordinated people out there!)

But what if that hole was 40 feet wide? If someone said they could jump it unassisted, they would be surrounded by small children who would rudely point and ridicule them with mean names like “Crazy idea person!”

Yet this happens all the time (the people jumping, not the rude kids) as people and companies try to jump from Point A to Point Z in as few steps as possible.

Have you ever been one of these suicidal jumpers?

This approach requires patience and creativity, but with practice, it becomes second nature.

Applying risk management to the idea process consists of dividing that big hole into to many smaller, more manageable holes. This is easier said than done, because finding point B, then Point C, Point D, etc. isn’t always obvious or easy. These are known as iterations. And now when failure makes its appearance, it can be tolerated, dealt with and we live to come up with ideas another day.

Imagine a traveler that knows where they left from and has a vague idea of where they want to go, but doesn’t know their current location. (This is where my wife and I would argue about the need to stop and ask for directions).

It’s a big problem among those of us with ideas! After all, how can we effectively utilize resources to develop our ideas if we don’t know where we’re at in the idea development process or what we need to do next?

When we at Innovative X finally realized it was the lack of an easy to use, but thorough process, rather than a scarcity of resources as many of us were led to believe, we began creating Idea Essentials (www.IdeaEssentials.com).

This powerful tool, due in early 2016, will confidentially lead ideators through the entire process step by step, at their own pace. Many mistakes will be avoided and development time will speed up. Odds of success will increase and risk will be minimized.

But whether you use our process or someone else’s, it’s critical that you follow a process that you can trust to take you through the entire development cycle.

If we see one mistake repeated over and over again, it has to be that someone has an idea and immediately seeks to either build a business around it, fund it, protect it with patents, trademarks, etc., or a combination of all of these.

But aren’t these things important parts of the idea development process?
NO!

Just kidding. Yes, yes they are! Please don’t misunderstand…all of these things are important. They’re just not the right things to do first!

The next time you have an idea, fight every urge in your body to write a business plan, lay out big bucks for a patent, track down investors and hound them for money, build a huge team, spend lots of money for expensive office space or try to scale like Google.

Instead, first validate your idea by figuring out if anyone really wants or needs your idea. 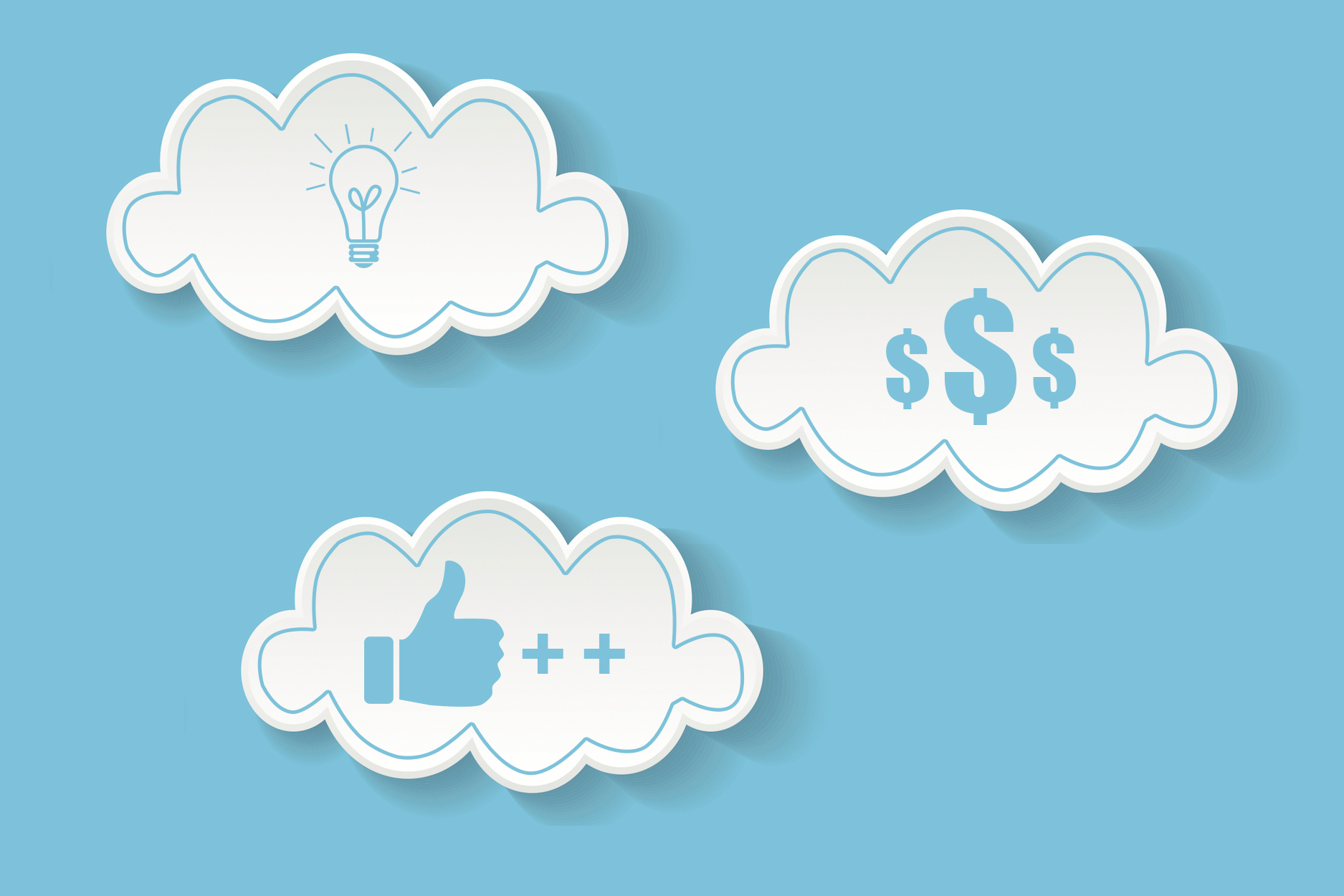 Do not pass Go, do not collect $200 until you have successfully validated your idea!

And if your idea won’t validate? Don’t sweat it! Modify it and repeat the validation process until it does or move onto another idea. Validation becomes a filtering process that allows only the best ideas to receive your valuable money, time and energy.

For those ideas that do validate, scale up, take over the world and buy your own island. It’s so easy, even a child can do it. Wait, they are doing it! (But it’s not easy!)

So the next time you hear about someone who risked it all, just think about the thousands who took the same risk and didn’t make it. The odds don’t have to be this bad. There is LOT’s of room for improvement.

Good luck and we’ll see you on the island. 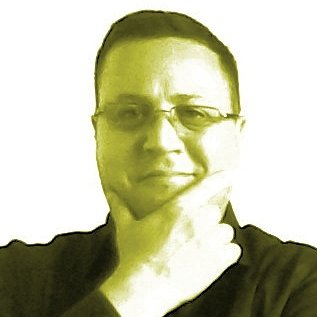 Daryl Gibson is the Founder and CEO of Innovative X, the Toolmakers of the Imagination. Visit the website at www.InnovativeX.com to use the tools, watch video tips, and much more.